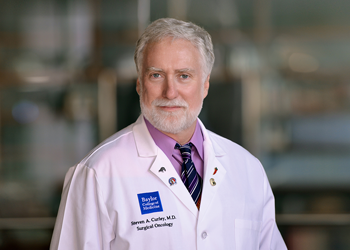 Walking among us, usually unbeknownst to us, are people who have experienced war.

All three saw combat in France and Germany and all three received commendations and medals, including a Bronze Star for one of my great uncles who fought at Bastogne during the Battle of the Bulge.

My grandfather and his two brothers would never talk about their time in Europe in World War II. However, shortly before he died, one of my great uncles told me, “I saw things you can’t imagine, and memories that I can’t wash away.”

He then told me he was in the contingent of U.S. soldiers that liberated prisoners from Buchenwald in April 1945. When I looked at pictures from that liberation of emaciated Jewish prisoners, I couldn’t believe what I saw, and I knew he couldn’t either.

During my rotations at the Veterans Administration Hospital I was honored to care for many veterans from World War II, Korea, and Vietnam.

I always feel like I’m walking a fine line in asking too much about what may be emotionally-charged memories. However, sometimes when I ask the right questions, the most extraordinary stories came to light.

One of these stories came from an unassuming gentleman who I treated in the late 1990s. He was referred to me by his medical oncologist when the only chemotherapy agents available at that time had failed to shrink the more than 20 metastatic colorectal cancer tumors in his liver.

We did not have many of the other chemotherapy drugs or biologic agents that are now readily available to treat patients with stage IV colorectal cancer. Specifically, this man was referred to me to place a hepatic arterial infusion pump that would deliver drugs directly to the malignant liver tumors through the hepatic artery.

The referring oncologist informed me that his patient was a jovial, successful, highly respected, and beloved member of the community. I walked in to meet this man, along with his wife and daughter who had accompanied him.

He was of slight build, in his late 70s with brilliant blue eyes and a firm handshake. I noticed that he maintained eye contact with me at all times in a manner that was initially unnerving.

He spoke with an accent I couldn’t quite identify, so I asked him where he was from originally. He reported that he was Dutch and had grown up in Holland and had immigrated to the United States soon after the end of World War II.

He reported he had been in excellent health throughout his life and had only been in the hospital once prior to his diagnosis of colon cancer.

I inquired why he was hospitalized, but before he could answer his daughter blurted out, “Because he is a war hero!”

During the war, he and his family were members of the Dutch Resistance. His parents took considerable risks hiding people who were fleeing from Nazi Germany.

He said at various times they had anywhere from 2-4 members of Jewish families hidden in false rooms or passages of their home. However, he and his brother wanted a more active role in fighting the oppression that they witnessed every day.

Late in 1944, he knew there were German munitions trains in the depot outside Rotterdam near his home. In an effort to disrupt the flow of these weapons back into Germany, he led a band of Dutch Resistance fighters to the rail yard. My patient, his brother, and four companions managed to dig under a fence line and elude the guards.

They proceeded to a train and were surprised to find an open door in one of the cars. The rail car was filled with high explosives and artillery shells. They poured gasoline within the train car, lit it on fire, and then, as he said, “We ran like the devil was chasing us!”

After sprinting a little more than 100 meters, German guards noted their presence and began firing at them.

At that point, he stated, “All Hell broke loose!”

The rail car exploded, knocking all of the resistance fighters to the ground. There followed a series of tremendous explosions throughout the rail yard.

My patient and the other Resistance fighters rose and looked for a route of escape. Seeing an opportunity, they jumped onto a moving flatbed train car that was heading out of the rail yard.

This exiting train passed directly in front of a guard post. German soldiers opened fire on the six men. Bullets hit my patient in the shoulder and the leg. His brother and one other member of the Resistance were killed.

While being pursued by soldiers on foot, my patient saw another train coming from behind them on the adjacent track. It was approaching at a more rapid speed. With no further thought, he ran along the flatbed rail car and jumped from one moving train to the other.

Despite his wounds he and his remaining colleagues managed to escape. He was hospitalized briefly, but after recovering he and his comrades continued to fight alongside French Resistance forces and Allied troops.

I listened to his story, admittedly impressed by his matter-of-fact demeanor in telling about this harrowing event. It was a remarkable tale of heroism.

I asked him if he was ever recognized for his role in this encounter. To my incredulity, his wife handed me a folder that included a picture of my patient as a young man in 1946 being awarded the Legion of Honor at the level of Chevalier by Charles De Gaulle himself.

There was a complete history of the importance of this raid in destroying a large cache of weapons on rail cars throughout the rail yard.

I sat there, mouth agape, amazed that this unassuming, quiet man had been involved in such an exploit. I would have never guessed or envisioned that he and his family had risked their lives to assist people fleeing from Germany, and I was impressed by his courage in leading such a daring attack against a garrison of well-armed troops.

Courage in the face of treatment

This was not his last act of courage. Try to envision undergoing an operation that creates a 6 to 8 inch long cut on your belly just below the ribs on the right side, removes your gallbladder (the gallbladder gets its blood from the hepatic artery and would be damaged by the chemotherapy), puts a catheter into the artery going to your liver, and implants an approximately two pound metal device slightly larger than a hockey puck under the skin on your right lower abdomen.

After I explained the procedure and possible risks, without hesitation he said, “Let’s get it done doctor. I have lots of living to do!”

I performed the operation the following week and he was discharged three days later.

After 6-months of HAI chemotherapy my patient’s liver tumors had reduced in size by more than 80 percent. He continued to receive more HAI chemotherapy but after two more months his liver became inflamed by the drugs being directly infused into the hepatic artery.

I told him we could not safely continue with more HAI chemotherapy. He accepted this information with his usual calm stoicism and reported that he would simply carry on and enjoy his life. He did exactly that for another 30 months.

He was always grateful and upbeat. He again impressed near the end of his life when I saw him in the clinic, “I am a happy man doctor. I have lived a long and productive life and I have a wonderful family. Why would I ever complain?”

We had many long conversations about his experiences and the things he saw in World War II during our clinic visits.

I was awed by how he and his family lived during the war, but more importantly by the man he was after these experiences. He was clearly very affected by his memories from World War II and admitted that he was haunted by people that he was not able to save or to help.

Here was a man who had the courage and resolve to do the right thing and help others while combatting those who oppressed them, and the courage to fight a hard disease with dignity and grace.

I am truly fortunate to have a career that allows me to help other people every day and to hear their stories. I am blessed to have cared for this man and many other veterans who chose to make a difference.

–By Dr. Steven Curley, chief of the division of surgical oncology and associate director for clinical affairs in the NCI-designated Dan L. Duncan Cancer Center at Baylor College of Medicine

Throwback Thursday: Gone to the dogs? 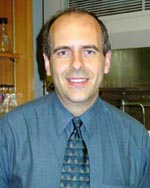 One thought on “The heroes in plain sight”