Studying the brain of the fruit fly helps understand the human brain, both in health and disease.

Working in the lab of Dr. Hugo Bellen, Mümine Şentürk, a graduate student and first author of the study, and her colleagues, investigated mechanisms that can explain the excessive buildup of cellular waste that has been linked to amyotrophic lateral sclerosis (ALS), also called Lou Gehrig’s disease. Their investigations led to the discovery of a novel key connection between ubiquilins and a ‘waste disposal and recycling center’ of the cells.

Published in Nature Cell Biology and featured in From the Labs, this study suggested that a combined malfunction in two separate clearance mechanisms of the cell – the proteasomal and the autophagic – was likely responsible for the massive build up of dysfunctional proteins and eventual death of neurons that leads to the disease.

Dr. Hugo Bellen is a professor at Baylor College of Medicine, an investigator at the Howard Hughes Medical Institute and a member of the Jan and Dan Duncan Neurological Research Institute at Texas Children’s Hospital. 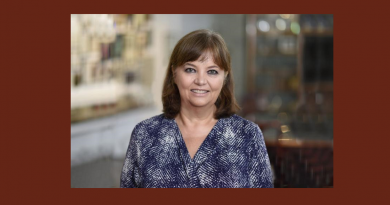 Dr. Helen Heslop elected to the National Academy of Medicine