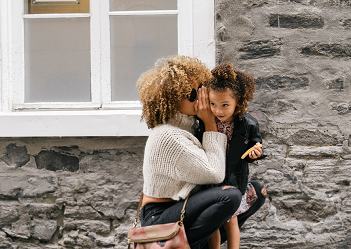 Throughout the course of a day, you may speak, laugh, hum, whistle, and even sing or shout. But how much do really think about your voice?

April 16 is World Voice Day, and voice professionals around the world are encouraging men and women to take charge of their vocal health through education.

Felicia Carter, speech-language pathologist in otolaryngology at Baylor College of Medicine, offers some important facts about the larynx and your voice. 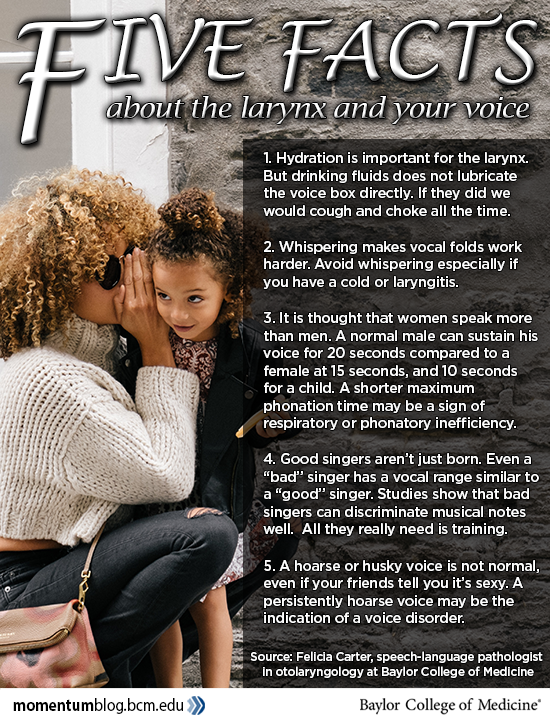 The larynx and its functions

The larynx, or voice box, has three important functions: manage airflow during breathing and coughing, protect the airway when swallowing and produce speech and sound.

“The larynx is a part of the respiratory tract that contains the vocal folds to produce sound and protect your airway during swallowing,” said Carter. “Voicing requires the balance of three subsystems: respiration (power through breath), phonation (vibration of vocal folds) and resonance (amplification through space of the throat, mouth and nose).”

More than 100 muscles are used when speaking or singing. Some of the same muscles used for speaking and singing are also used for swallowing.

Even with good training, voice issues may still arise.

“Voice problems can occur if other health or medical conditions are not addressed, such as smoking and cancer,” said Carter.

Signs that may indicate vocal health issues include:

It is never too late to take action on your vocal health.

To help protect the larynx, Carter says to avoid smoking, shouting and talking over loud voices, screaming and excessive throat clearing. She also suggests limiting your speech during a cold or laryngitis and most importantly, staying hydrated.

To schedule a visit with a Baylor otolaryngologist, call 713-798-5900 or request an appointment online.

How is your voice today?

Voice adds emotion, nuance that is lacking in digital communication 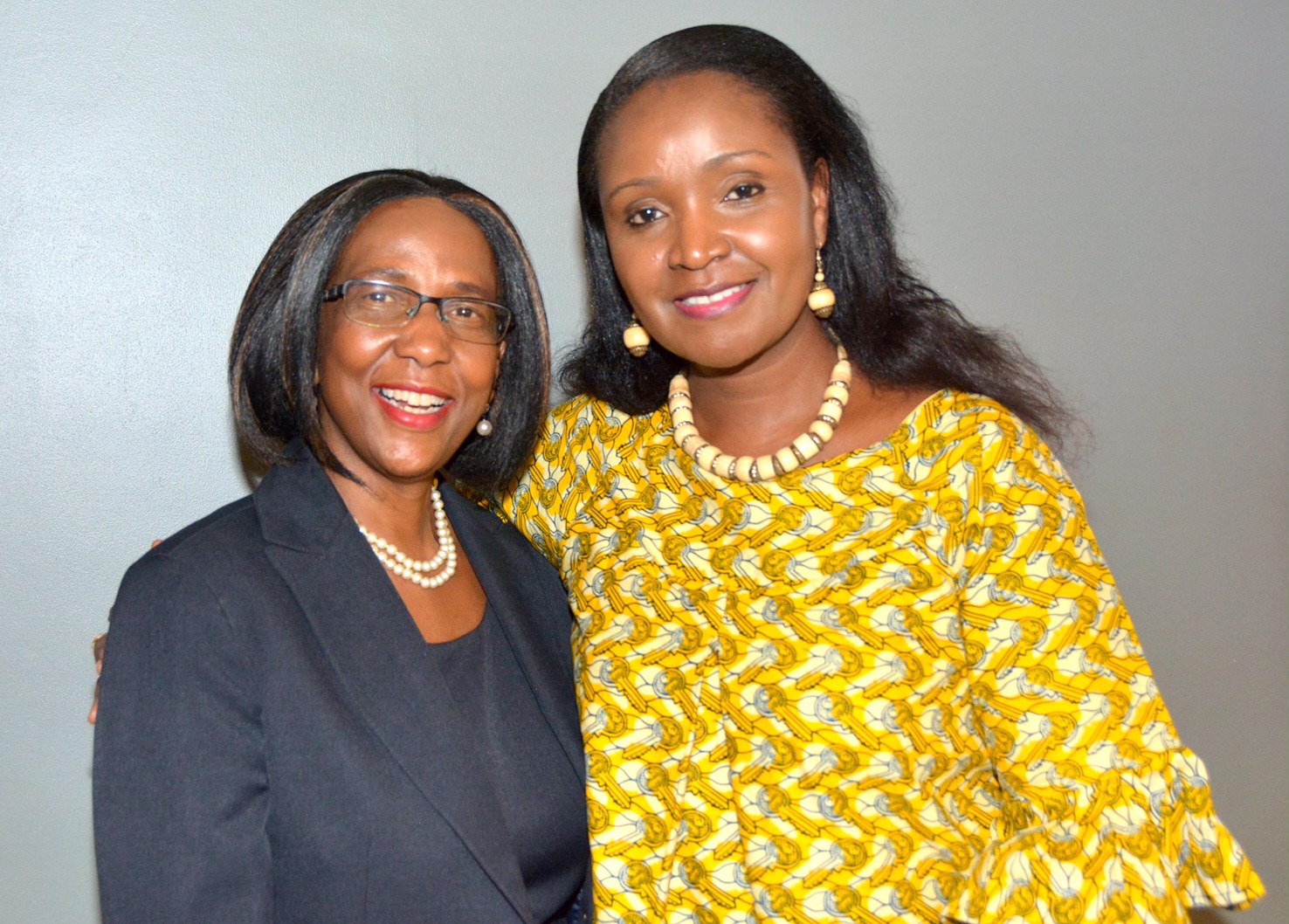 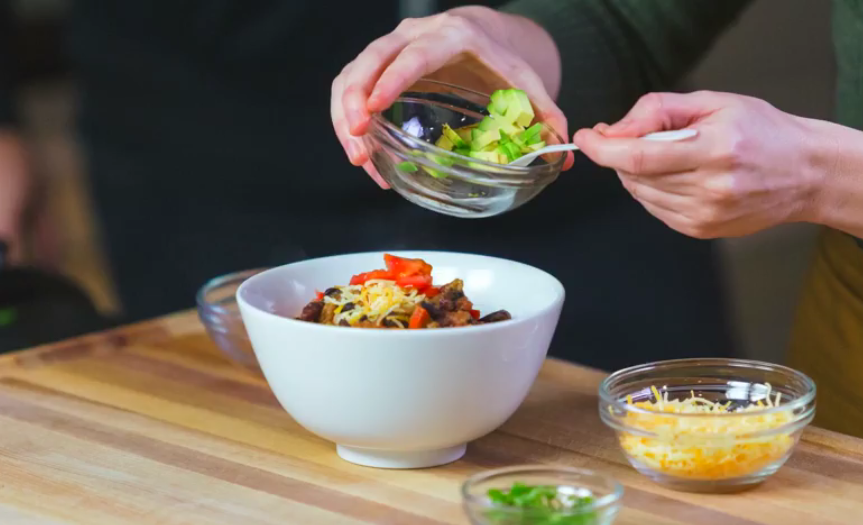 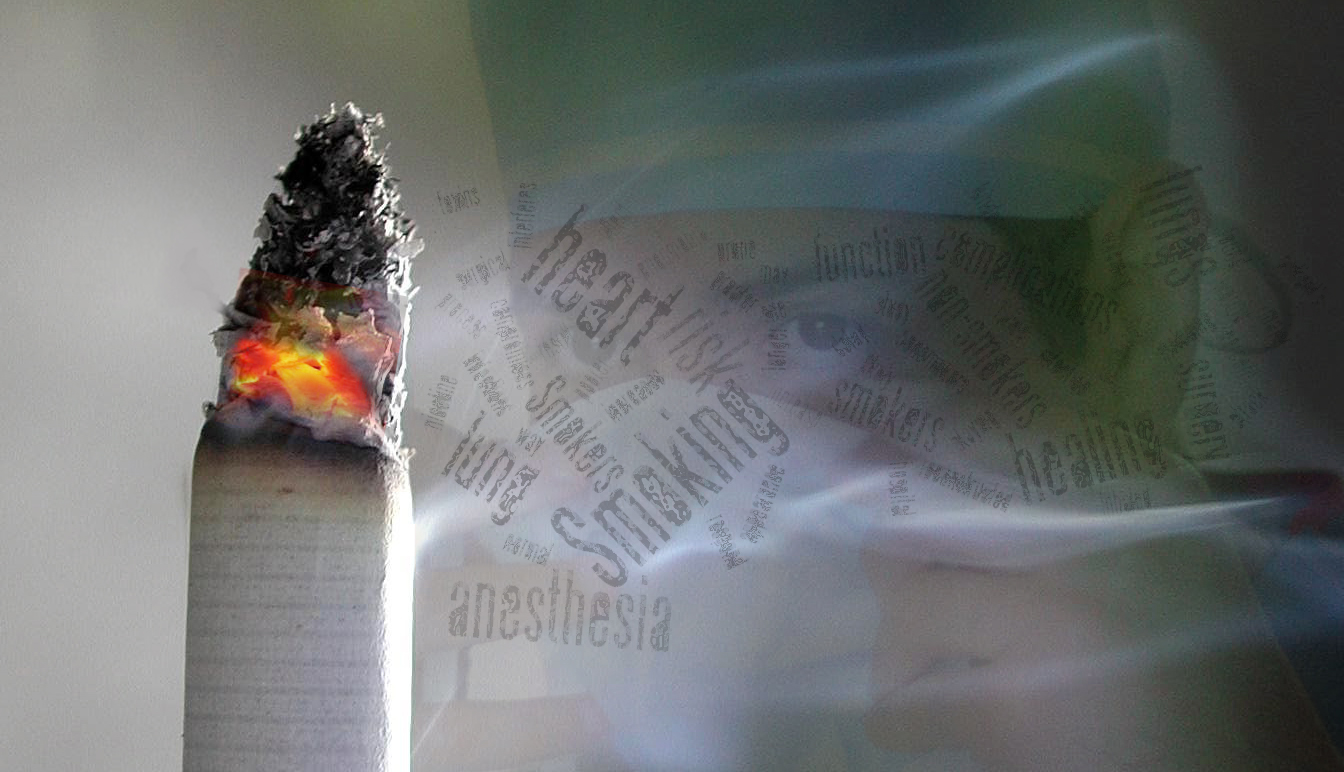