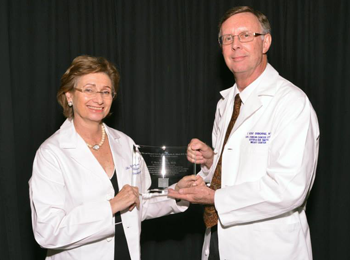 At the recent Baylor College of Medicine Class of 2019 White Coat Ceremony, Dr. Kent Osborne, director of Baylor’s Dan L. Duncan Cancer Center, an NCI-Designated Comprehensive Cancer Center, was honored with the 2015 Ben and Margaret Love Foundation Bobby Alford Award for Academic Clinical Professionalism. Each winner submits a written statement of professionalism. Below is an excerpt from Osborne’s statement.

“Poor people don’t deserve Cadillac care.” Those were the words of a county commissioner in Bexar County, Texas that appeared in the San Antonio Express News shortly after I arrived at the University of Texas Health Science Center at San Antonio for my first faculty appointment in the late 1970s.

Did he mean by those words, as unbelievable and unprofessional as they may seem today, that certain human beings should be left to suffer more from disease or have their health care rationed solely because their employer did not provide health insurance or they did not make enough money in their work to pay for it? Or was this the argument justifying a more modest allocation of property tax dollars to the Bexar County Hospital District?

The words had even more meaning for me given that the Health Science Center physicians like me were charged with providing care for these underserved people, most of whom were working poor without whom many essential although less than desirable jobs in the community would be left undone.

The words seemed counter to the Hippocratic Oath that all physicians pledge to uphold. However, they did help to ferment my own beliefs and establish two goals that have governed my approach to oncology and my vision of professionalism my entire career.

First, to reduce morbidity and mortality from cancer, in my case breast cancer, we need to integrate basic, translational and clinical research into state of the art compassionate patient care, and, second, we must extend what we already know today to all of our citizens, including the underserved, a goal that requires extra effort beyond one’s job description.

I would add to these improving access to quality health care and advocating just and cost-effective distribution of finite resources as outlined in the “Physician Charter” conceived by several physician leadership organizations in 2002.

At the Cancer Center in San Antonio, which became NCI-designated in the 1990s, we addressed these issues by creating a cancer clinic that saw all patients, both rich and poor, in the same location.

Through a contract between the Health Science Center and the Bexar County Hospital District all cancer patients, insured or not, were cared for in the same clinic.

Patients, whether privately insured or funded by Bexar County, needing more acute care were hospitalized in the same unit at Bexar County Hospital, later renamed University Hospital. In this way all cancer patients received the same care by the same doctors.

When our team moved to Houston in 1999 to establish a new Breast Center at Methodist Hospital and Baylor, we were somewhat astonished by the difference in how care was delivered. Care of cancer and other patients was separated by the ability to pay.

The underserved were cared for at clinics at Ben Taub Hospital where they were also hospitalized for acute care. Insured patients were seen in “not-for-profit” hospitals and clinics.

My team of five breast cancer oncologists and I decided that we needed to establish an outpatient clinic at Ben Taub for breast cancer patients that would mirror the clinic we were establishing at the time at Methodist Hospital. Other differences we soon observed were striking.

The clinic at Methodist was, of course, state of the art. Most patients were diagnosed with early breast cancer due to wide spread screening of insured patients, and cure rates were high.

At Ben Taub 60 percent of women diagnosed with breast cancer presented with Stage III or IV disease, stages that were expensive to treat and that had a very high mortality. Furthermore, we estimated that only 14 percent of potentially eligible women in the district had ever had a screening mammogram and when they did, and when it yielded cancer, the average delay from abnormal mammogram to first treatment was about 6 months.

One woman who had immigrated from El Salvador years earlier, I am convinced would have gotten better care there than she had gotten in the United States and in the famed Texas Medical Center no less. Initially a candidate for lumpectomy, her tumor grew while waiting to the point she required a mastectomy.

These statistics rattled my team and I, and we set out to improve the care of these underserved women through the entire continuum from screening of healthy women through end of life management of the breast cancer patient.

Because many of these women were African American or Hispanic, breast cancer tended to occur at a younger age and to be more aggressive, facts that made our challenge even more acute.

To begin to address the problem of screening, awareness, and delayed diagnosis, working with students and a Professor at the University of Texas Business School in Austin and with the help of my colleagues, we put together a white paper and business plan.

To provide education, awareness and screening to just 50 percent of the underinsured women would cost about $25 million, much of it to purchase and to staff the new mammography units needed to provide annual screening to the 50,000 women we estimated were eligible.

We presented the plan to Mr. John Guest, the President and CEO of the Harris County Hospital District whom I had known when he had a similar position in San Antonio. While sympathetic, the resources were just not available to address the problem and we had to go in other directions.

That led us to work with several local and national foundations, which shared our commitment, the Susan G. Komen Foundation, the Avon Foundation, and the Pink Ribbons Project.

We worked to obtain grants and work together with these groups to purchase mammogram and ultrasound units, hire patient navigators, increase the use of the easier and cheaper core needle biopsies, which had become standard in the private world, rather than surgical biopsies that clogged operating rooms and were still in widespread use at Ben Taub. Working with the surgeons, mammographers, and hospital staff to increase efficiencies, outcomes began to improve.

Purchase of an addition ultrasound unit (amazingly Ben Taub had a single unit for the entire hospital a decade ago) and a stereotactic mammography unit facilitated a shift to needle biopsies.

The time from diagnosis to treatment shortened considerably and today averages a couple of weeks, similar to the Breast Center in the Baylor Clinic. The number of screening mammograms rose significantly and a “same day biopsy” program, which our radiologists had instituted at Baylor Clinic several years ago, now provides rapid diagnosis for patients presenting with an abnormal mammogram.

It’s still too early to know if breast cancer mortality has declined for these women, but I would be surprised if it hasn’t.

Most recently Maria Jibaja-Weiss, the Director of the Office of Outreach and Health Disparities in the Dan L. Duncan Cancer Center, received a large grant from the Cancer Prevention and Research Institute of Texas to further enhance education, screening, and outcome of women who develop breast cancer in Harris County, just as she did for colon cancer and cervical cancer with prior grants in recent years. Our team of physicians and staff were honored last year by the Komen Foundation for our efforts to improve the breast care of women in Harris County.

As the former Director of the Lester and Sue Smith Breast Center, I am very proud of our team for their accomplishments and should emphasize that this example is a team effort involving many committed physicians, staff, benevolent donors and agencies, who went beyond their “job descriptions” to improve the lives of women in our city. This represents professionalism at its best, using one’s skills and energies to improve the lives of others. 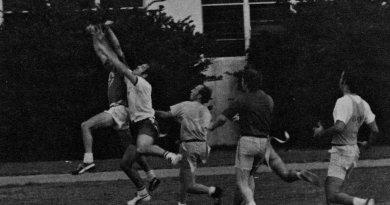 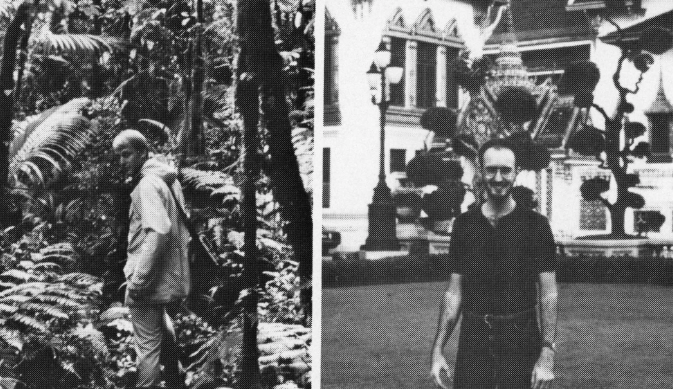 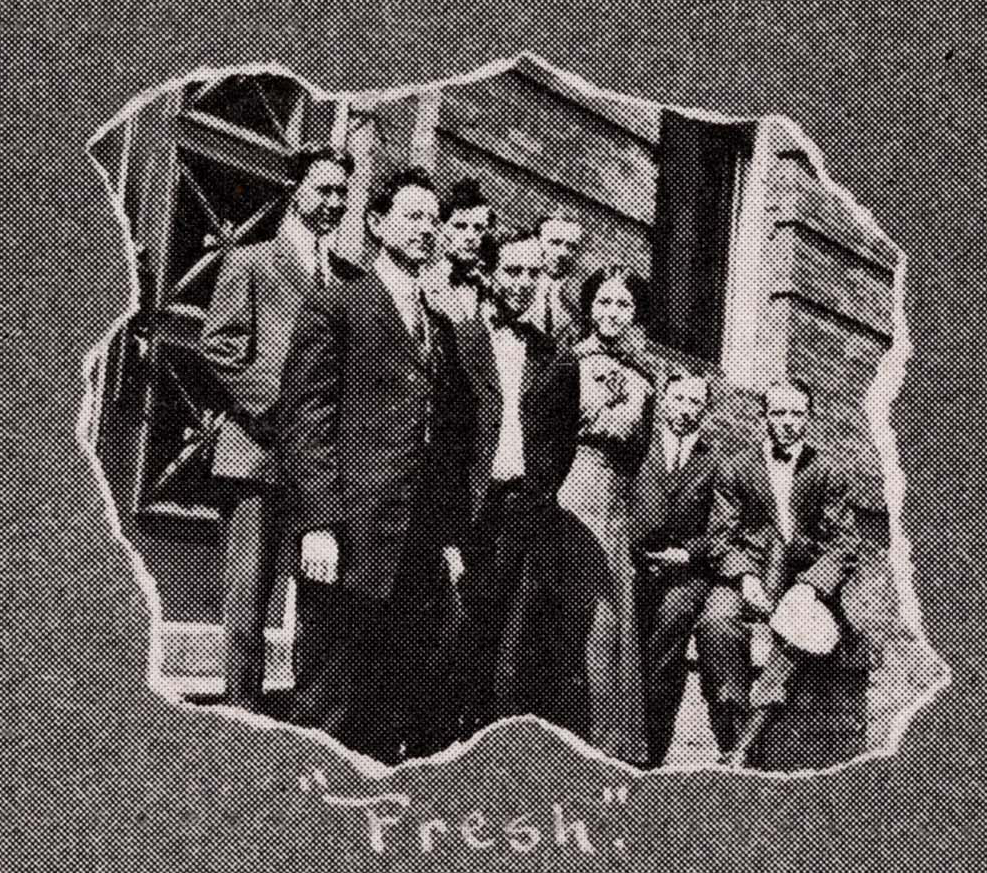 One thought on “Care for all helps drive Baylor cancer programs”