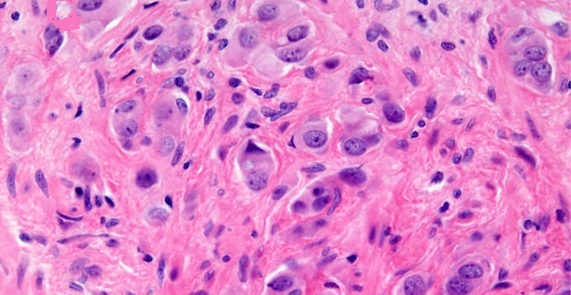 Finding valuable therapeutic interventions for prostate cancer has long guided the research of Dr. Feng Yang’s lab at Baylor College of Medicine. In a study published in the Proceedings of the National Academy of Sciences, Yang’s team took a close look into what drives the growth of advanced tumors that have become resistant to standard castration therapy. Working with cells in the lab and animal models, they discovered an approach that suppresses the growth of therapy-resistant tumors.

“Advanced prostate cancer is usually treated by blocking the actions of androgen, the male hormone that helps it grow,” said Yang, assistant professor of molecular and cellular biology and a member of the Dan L Duncan Comprehensive Cancer Center at Baylor. “Although initially effective, this treatment, called castration therapy, often becomes ineffective as tumors develop resistance to it and are able to continue growing, a lethal condition.”

Looking for ways to suppress these tumors’ growth, Yang and his colleagues studied signals tumor cells use to drive cell proliferation. They knew that androgen receptor activation remained a key driver of the growth of castration-resistant tumors, so they focused on GATA2, a factor known to promote androgen receptor expression and activation.

Importantly, when we promoted GATA2 degradation in our animal models, tumor growth as well as castration resistance were markedly suppressed.”

“Prostate cancer is the second leading cause of death in cancer male patients in the United States and the fifth among men worldwide,” Yang said. “Our study has laid out a novel path that can potentially lead to improved treatments for castration-resistant prostate cancer, supporting further studies to translate this strategy into the clinic.”

This research was supported by grants from the Department of Defense Congressionally Directed Medical Research Programs (W81XWH17-1-0043), the Cancer Prevention Research Institute of Texas (RP130651) and the R.P. Doherty Jr.–Welch Chair in Science (Q-0022).

One thought on “A novel strategy to suppress prostate cancer growth”