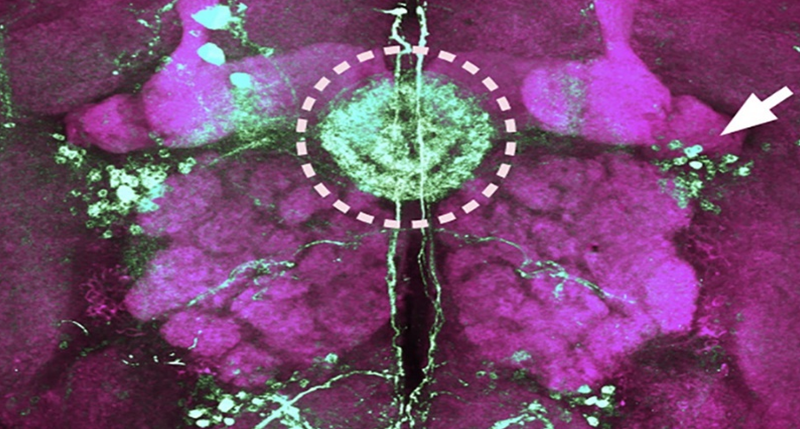 The laboratory fruit fly is a widely used animal model in which researchers study the function of genes and mutations on biological processes, both in health and disease. The process to study gene function in the fruit fly has worked quite well for many years, nevertheless researchers at Baylor College of Medicine thought that there might be ways to make it more efficient.

“To study a particular gene’s function, researchers first introduce it into thousands of fruit flies and then screen the flies individually to determine which ones incorporated the gene successfully,” said first author Dr. Nick Matinyan, who was a graduate student in the Dr. Koen J.T. Venken’s lab at Baylor while he was working on this project. He is currently a postdoctoral fellow at Johns Hopkins University School of Medicine.

To distinguish the flies carrying the gene of interest from those that do not, a sort of ‘tag’ is added to the gene. Traditionally, this tag is a physical characteristic readily observed in flies. The tag can be certain eye color, red, for instance, so researchers know that flies with red eyes are the ones carrying the gene of study. Body color, wing or body shape, are other physical traits that typically are used to tag genetic features of interest.

“A major downside of this process is that visually screening thousands of flies individually under a microscope looking for a particular physical trait can become quite tedious and time consuming,” said Venken assistant professor in the Verna and Marrs Mclean Department of Biochemistry and Molecular Biology at Baylor and co-corresponding author of the work.

“In the current work, we developed a system of drug-based markers for the selection or counter selection of genes of study that has markedly improved the screening process,” said Dr. Herman A. Dierick, associate professor of molecular and human genetics and neuroscience at Baylor, and co-corresponding author of the work.

The idea behind this novel technology is that, instead of tagging the genes of interest with a physical trait, they are tagged with another gene that confers the flies either resistance or sensitivity to specific drugs. Instead of manually screening for physical features, researchers can now use the drug to select or counterselect in a group of flies for those that are carrying the gene of interest.

Other type of experiments may benefit from a counterselection strategy using drug-sensitivity tags.

I think counter-selection would be very useful for scientists who study one gene and want to make many modifications to that same gene to investigate how that changes its function,” said Venken.

“In this case, it’s worthwhile to have a combination of drug-sensitivity and drug-resistance tags, which in combination can help select and counterselect for the genes of interest. Researchers can make many combinations of genes and select them, and then counterselect them in a subsequent step quickly and at very little cost,” said Venken, assistant professor of pharmacology and chemical biology, a member of the Dan L Duncan Comprehensive Cancer Center and a McNair Scholar.

Time-wise, I would estimate that this novel technology is at least 10 times faster than the traditional approach,” Dierick said.

“We hope that this work provides a framework to accelerate the transition from lab bench to bed side,” Matinyan said. “That by developing tools to make basic research easier, simpler, faster, we can shorten the time that it takes to go from understanding the fundamentals to implementing them as translational outcomes.”

The main paper described here, published in Cell Reports, has a companion publication in STAR Protocols that is a technical step-by step guide for how to take these tags and drugs and implement them into particular projects.

“The protocol includes the nitty-gritty details for how to apply this in researchers’ labs, with the equipment they have available,” said Matinyan. “For those interested in using this in another animal model, this companion paper provides a starting point.”

Other contributors to this work include Mansi S. Karkhanis, Yezabel Gonzalez, Antrix Jain, Alexander Saltzman, Anna Malovannaya and Alejandro Sarrion-Perdigones, all at Baylor College of Medicine.

This work was supported by start-up and seed funds provided by Baylor College of Medicine, the McNair Medical Institute at The Robert and Janice McNair Foundation, the Foundation for Angelman Syndrome Therapeutics grant FT2016-002, the Cancer Prevention and Research Institute of Texas grant R1313, and the National Institutes of Health grants 1R21HG006726, 1R21GM110190,1R21OD022981, R01GM109938, and R01MH107474. 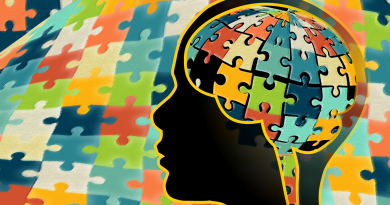