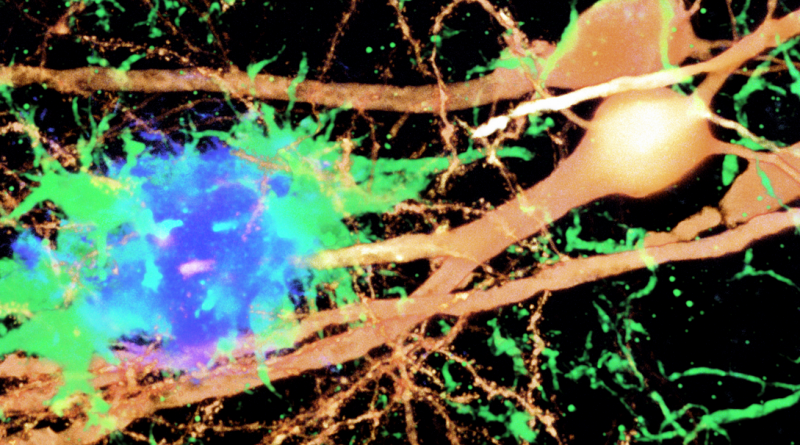 When immunologist Dr. Wei Cao joined Baylor College of Medicine three-and-a-half years ago, her first project was to investigate how inflammation contributes to Alzheimer’s disease.

“Alzheimer’s is the most common cause of dementia among older adults. The current understanding is that, in addition to having beta-amyloid plaques and tau protein tangles, the brains of patients with this condition have a marked inflammatory response, and that this inflammation might be more of a problem than protein aggregation itself,” said Cao, associate professor of molecular and human genetics and the Huffington Center on Aging at Baylor.

Inflammation in Alzheimer’s disease involves the activation of two types of cells in the brain: the resident immune cells called microglia, and astrocytes, star-shaped cells that support neuronal functions. In addition, there are elevated levels of cytokines, molecules that are produced by immune cells to promote inflammation. But the question remained, how does chronic inflammation in brains with Alzheimer’s disease lead to neuronal dysfunction and the consequent neurodegeneration and dementia?

Zooming into the brain

Amyloid plaques in the brains of people with Alzheimer’s disease have a heterogeneous composition; for instance, some may also contain sugars, lipids or nucleic acids. Previously, Cao and her colleagues found that amyloid fibrils with nucleic acids, but not those without them, triggered immune cells in the blood to produce type 1 interferon (IFN). IFN is a potent cytokine  produced when immune cells sense nuclei acids, such as those that come from viral particles, in their environment. IFN triggers a beneficial inflammatory response that is the first line of defense against viral infections.

“While it is best known for its ability to induce an antiviral state in cells, IFN is also involved in immune modulation and tissue damage associated with infectious, autoimmune and other conditions. But, until now, IFN has not been explicitly implicated in Alzheimer’s disease,” Cao said.

“In this project, we focused on what was going on in brains with Alzheimer’s disease,” said Dr. Ethan R. Roy, a graduate student in the Graduate Program in Translational Biology and Molecular Medicine at Baylor while he was working on this project. “We began by investigating whether microglia from the brain were able to respond to the amyloid/nucleic acid combination by producing IFN.”

Roy looked at multiple Alzheimer’s mouse models in the lab of Dr. Hui Zheng, professor of molecular and human genetics and director of the Huffington Center on Aging, who also is co-principal investigator of the study. Roy found that almost all the animals’ brains in these models had plaques containing nucleic acids. “The composition of these plaques had not been well characterized before,” Roy said.

Interestingly, Cao, Roy and their colleagues found that the same mouse brains that had amyloid plaques with nucleic acids also showed a molecular signature mimicking an antiviral IFN response. Further experiments revealed that nucleic acids in the plaques activated brain microglia, which produced IFN that in turn triggered a cascade of inflammatory reactions that led to the loss of synapses, the junctions between neurons through which they communicate. Synapse loss is a key part of neurodegeneration and can lead to memory loss and eventually dementia.

It is well known that synapse loss is directly mediated by the complement system, which is part of the immune system. It comprises a group of proteins that work together to clear microbes and damaged cells, but it also is involved in inflammation.

We were very excited to find that blocking the IFN-triggered cascade of reactions significantly dampened microglia activation and reduced synapse loss in our mouse models, further supporting the leading role of IFN in this process,” Roy said.

This study provides a major advance in the understanding of a process that leads to neuronal damage, by connecting IFN, complement and synapse loss: IFN controls the expression of multiple components of the complement cascade and mediates synapse elimination in a complement-dependent manner.

The researchers looked into human brains with Alzheimer’s disease to see if they presented with characteristics that were similar to those they had observed in mouse models of the condition.

“We found that human brains with Alzheimer’s disease have profound activation of the IFN pathway, suggesting that mechanisms similar to the one we found in mice may be involved in neuronal destruction in people with the disease,” Roy said. “Further studies need to be conducted to evaluate this hypothesis.”

This is important because it would lead to a better understanding of how the disease occurs and suggest novel therapies for this incurable disease.

The accumulation of amyloid plaques in human brains is known to poorly correlate with the severity or duration of dementia. There are people without signs of dementia who harbor significant amounts of both amyloid plaques and tau tangles in their brains, but remarkably lack the robust microglial activation and inflammatory response that is associated with loss of synapses and neurons. On the other hand, the brains of people with dementia linked to Alzheimer’s disease present with amyloid plaques, tau tangles and inflammation that is involved in neurodegeneration.

Our findings in mouse models suggest that it is plausible that plaques that accumulate in Alzheimer’s disease patients and those in non-demented individuals differ in their content of nucleic acids. It is thus of great interest to examine more closely the molecular constituents of amyloid plaques in the brains of cognitively resilient individuals and compared them to those of Alzheimer’s disease cases,” Cao said.

This work also may provide new insights into the aging brain. Other work has shown that IFN also seems to participate in the normal aging process of the brain. Cao, Roy and their colleagues think it is also worthwhile to further explore the possibility of modulating IFN activity in aging populations.

Interested in all the details of this study? Find them in the Journal of Clinical Investigation. 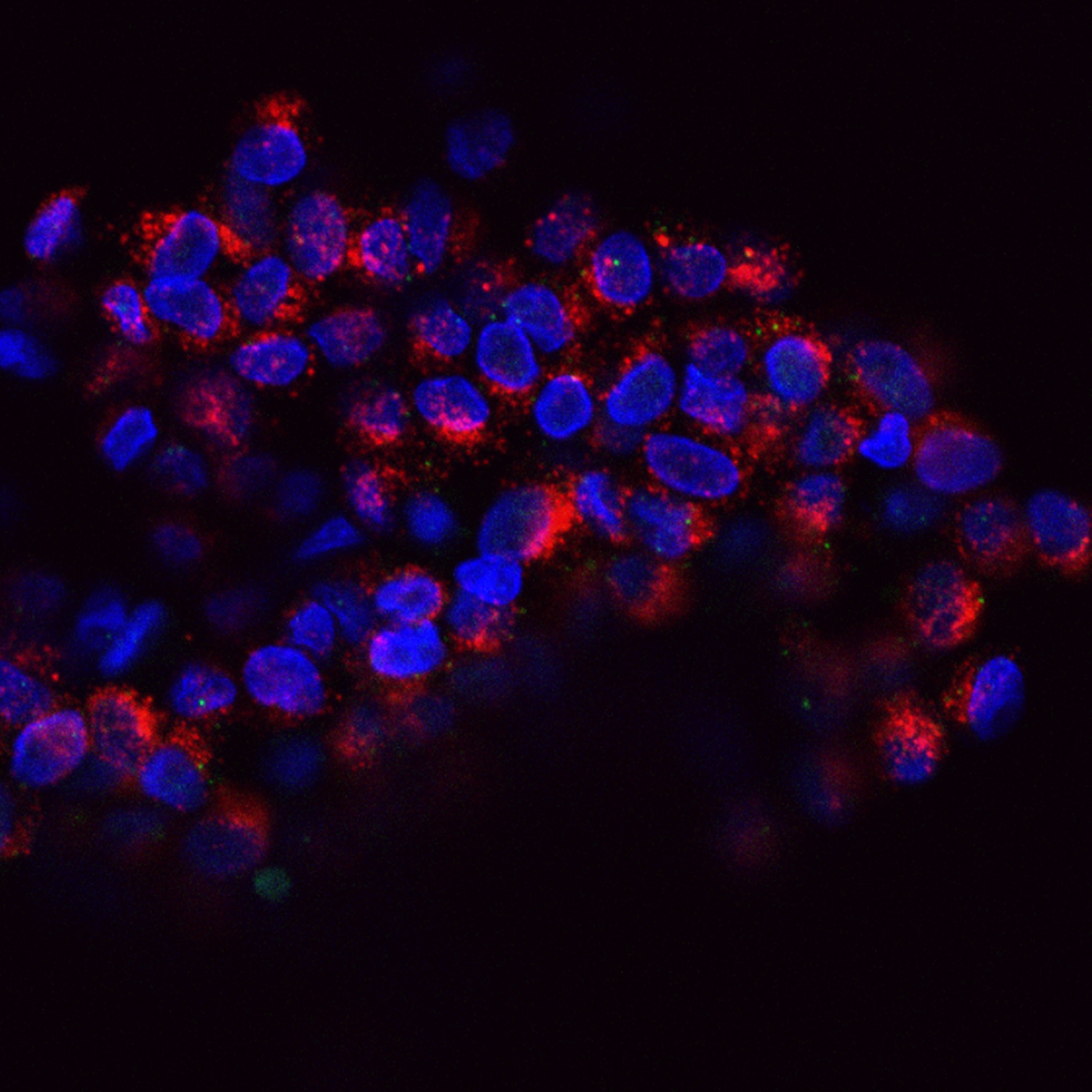