Notch signaling pathway is involved in prostate cancer and, in a paper published June 2016 in The Journal of Clinical Investigation, researchers at Baylor College of Medicine and other institutions showed that, in a mouse model of the disease, Notch alterations promote metastasis.

In normal tissues of many species, Notch signaling pathway is crucial for tissue development and homeostasis, helping to maintain a balance of the body’s normal functions. Scientists studying the Notch pathway have reached a consensus that Notch signaling is altered during prostate carcinogenesis, but its role in prostate cancer remains inadequately defined.

“Most previous studies on the role that Notch plays in prostate cancer were performed in cultured cells in the laboratory. These studies produced contradictory results. Some studies concluded that Notch was an oncogene, that it promoted cancer development, and others that it was a tumor suppressor gene,” said Dr. Li Xin, associate professor of molecular and cellular biology at Baylor. “To gain a better understanding of Notch in prostate cancer we decided to study its role in an animal model in a defined genetic context.”

In this mouse model, the scientists discovered that activation of Notch signaling can drive tumor metastasis to major internal organs such as lung and liver. To determine how Notch drives metastasis, the scientists carried out further molecular studies.

“Our major conclusion is that Notch is able to increase the production of another molecule called FoxC2, which is very important for the metastatic potential of cells. If we suppress FoxC2, we can attenuate Notch-mediated metastatic activity,” said Xin.

Together, DAG1 and Yap ‘hit the brakes’ on heart cell proliferation 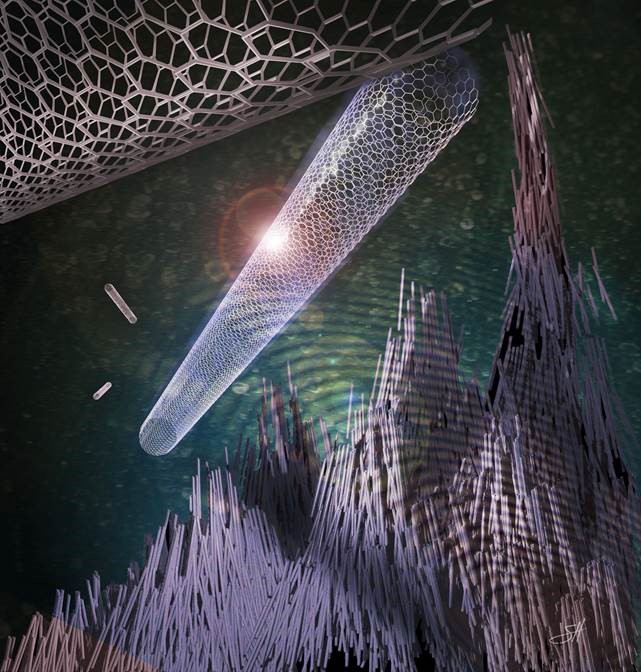 Image of the Month: Carbon nanotubes as cancer-fighting tools

There are new key players in Parkinson’s disease