When bacteria or viruses invade the body, a process called autophagy, or “self-eating,” springs into action to take the invaders to organelles called the lysosomes where they are degraded and discarded. In the lungs, the process is critical in fighting off infections. A new study from Baylor College of Medicine suggests that autophagy is critical to protection against lung inflammation and fibrosis, even in the absence of any infections.

In a report in the Journal of Immunology, Dr. N. Tony Eissa, professor of medicine – pulmonary at Baylor and his colleagues found that without the genes that spark autophagy, mice developed a spontaneous sterile lung inflammation, resulting in major breathing problems. (The missing autophagy genes were called Atg7 or Atg5.)

“What’s new in this is that we found that even in the absence of infection, this process is important to prevent spontaneous inflammation,” said Eissa, who is the corresponding author of the report. “Without the housekeeping mechanisms of autophagy, we found that there was inflammation in the lung caused by the activation of a complex called inflammasomes,” responsible for producing cytokines that cause inflammation. Autophagy douses the inflammasomes, said Eissa.

This study found that these two cytokines also play different roles in patients with sepsis.

“When we neutralize the cytokine called interleukin (Il) ?, we can prevent the systemic manifestation of sepsis in mice,” said Eissa. “But only when we neutralize Il-18 (the other cytokine) can we halt the lung inflammation.”

“This has important implications for the treatment of sepsis in critical care,” he said. “This increases our understanding of what molecules direct the pathological process systemically and in the lung. The more we understand this, the better chance we have to develop a new therapy to interfere with these two processes.”

Another important finding of the study is that autophagy protects against pulmonary fibrosis. In the clinic, patients with pulmonary fibrosis or lung scarring that interferes with breathing were previously found to have reduced autophagy, said Eissa, but the mechanisms of the diseases are poorly understood. In this study, when mice deficient in autophagy were challenged with the drug bleomycin, known to cause pulmonary fibrosis, they had more severe fibrosis than mice with intact autophagy.

Others who took part in the research include Elmoataz Abdel Fattah, Abhisek Bhattacharya, Alan Herron and Zeenat Safdar, all of Baylor College of Medicine.

Funding for this work came from the National Heart, Lung and Blood Institute, the Dan L. Duncan Cancer Center at Baylor, the Cytometry and Cell Sorting and the Proteomics cores of Baylor, National Institutes of Health (Grants AI036211, CA 125123 and RR024574) and National Cancer Institute (Grant P30CA125123). 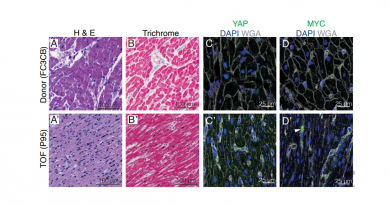 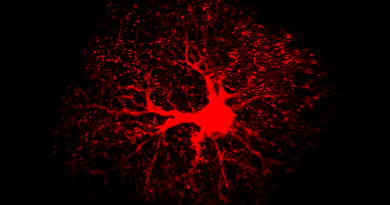 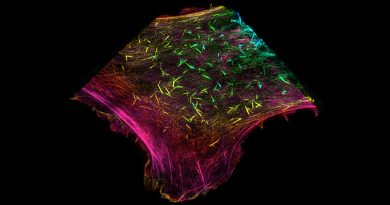 Changing the perspective on the ‘Cinderella of the cytoskeleton’

2 thoughts on “Autophagy: Protector against lung inflammation and fibrosis”