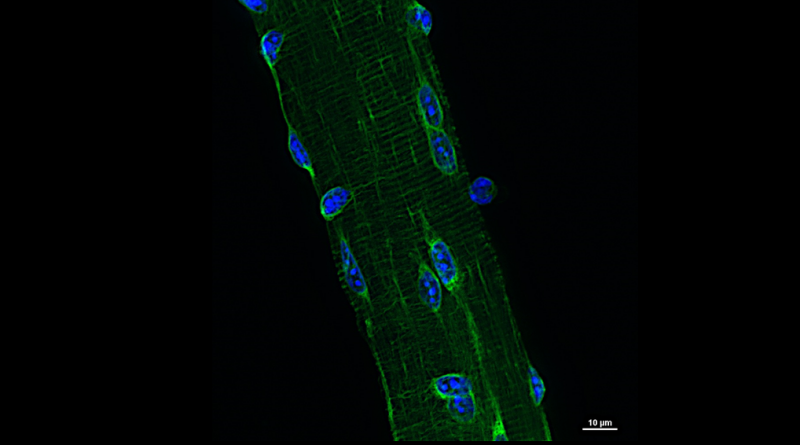 People with myotonic dystrophy type 1 (DM1), the most common adult-onset form of muscular dystrophy, develop progressive muscle wasting and weakness in their lower legs, hands, neck and face. Their muscles feel stiff and tight. Patients are slow to relax certain muscles and therefore have difficulty releasing their hand from a handshake or a doorknob. In addition, people with this condition may have fatigue, muscle pain, difficulty swallowing, cataracts, irregular heartbeat and respiratory complications.

In his laboratory at Baylor College of Medicine, Dr. Thomas A. Cooper, professor of pathology and immunology, of molecular and cellular biology and of molecular physiology and biophysics, is leading the way to improve our understanding of this devastating condition.

“DM1 is caused by a mutation in the DMPK gene that results in a striking expansion of a section of the gene formed by three-DNA building blocks repeats (CTG). While the unaffected population carries 5 to 37 repeats, people with the condition have 50 to 3000 repeats,” said Cooper, who also is the S. Donald Greenberg and R. Clarence and Irene H. Fulbright Professor and a member of the Dan L Duncan Comprehensive Cancer Center at Baylor.

When the mutated DMPK gene is transcribed into RNA, the RNA transcripts containing the CTG repeat expansion accumulate in the cell nucleus. This disturbs the normal cellular processing and distribution of proteins, such as muscleblind-like (MBNL), and induces increased expression of others, such as CELF1. MBNL and CELF1 are RNA-binding proteins involved in alternative splicing or processing of RNA. Scientists think that altered alternative splicing plays a central role in the development of DM1.

In this study, Cooper and his colleagues focused on the CELF1 protein. “We knew that the levels of CELF1 in DM1 patients were 2 to 4 times higher than those in people without the condition,” Cooper said. “Years back, we genetically engineered adult mice to overexpress CELF1 in heart or skeletal muscle. In either case the mice presented with alterations at the cellular level, muscle wasting and faulty regulation of alternative splicing similar to what we observe in patients with the condition.”

The CELF1 protein can be found in the cell nucleus and in the cytoplasm. The mouse model showed the effect of overexpressing CELF1 in adult muscle but did not distinguish between the nuclear and cytoplasmic functions of CELF1. In this study, the researchers wanted to know whether increased CELF1 nuclear function, cytoplasmic function or both contribute to skeletal muscle wasting.

We demonstrate, for the first time, a differential response of muscle to CELF1 overexpression dependent on the cellular localization of the protein. Our findings support a stronger role for nuclear CELF1 functions as compared to cytoplasmic CELF1 functions in skeletal muscle wasting,” Cooper said.

Interestingly, the finding of the changes in alternative splicing following nuclear overexpression of CELF1 connect the changes of CELF1 during normal development right after birth with changes observed in DM1.

After birth, many changes take place that lead to tissue remodeling. For instance, muscles switch from a fetal or newborn form to an adult form. The fetal muscle needs to remodel to serve adult functions. This happens following many gene expression changes – splicing changes – that are mediated by changes in CELF1 expression and other proteins.

“During normal development, the heart and skeletal muscle in the embryo and the fetus have relatively constant levels of CELF1. Three weeks after birth, the levels drop 5 times in muscle and 10 times in heart. Following the drop in CELF1 levels, the expression of genes CELF1 regulates changes from a fetal expression pattern to an adult expression pattern, leading to muscle remodeling into adult form,” Cooper said.

“When we overexpressed CELF1 in the nucleus of adult mouse muscle, we pushed CELF1 back to pre-birth levels, which mediated the switch of genes regulated by CELF1 back to their fetal forms, resulting in muscle wasting and other consequences,” Cooper said, “This is what happens in myotonic dystrophy.”

Thinking of a therapeutic approach, the researchers are investigating whether reducing the level of CELF1 in the nucleus of muscles of mouse models of DM1 would improve the condition.

Are you interested in all the details of his work? Find them in the journal Human Molecular Genetics.

Other contributors to this work include first author Diana C. Cox, Xiangnan Guan and Zheng Xia. The authors are affiliated with Baylor College of Medicine and/or Oregon Health & Science University.

Rhodopsin most likely works as a dimer in living cells 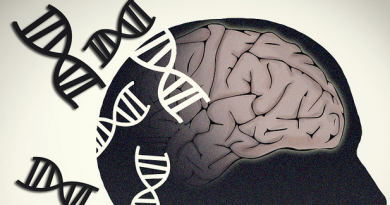