Many of the therapies that are currently being developed to treat Alzheimer’s disease focus on reducing the levels of amyloid-beta, a small protein that is abundant in the amyloid plaques that characterize the disease.

All previous clinical trials designed to reduce the levels of amyloid-beta using one therapy at a time have had limited success. At Baylor College of Medicine, the laboratory of Dr. Joanna Jankowsky, associate professor of neuroscience, molecular and cellular biology, neurology, and neurosurgery, and her colleagues have previously shown that combining two complementary treatments to reduce amyloid-beta not only curbs further plaque growth, but also helps to clear plaques that have already formed. With a combination approach, animals finished the study with less amyloid than they had at the start of treatment.

In this study, Jankowsky and her colleagues determined for the first time the benefits of dual amyloid-beta treatment on brain functions, such as spatial navigation and memory, in a mouse model of Alzheimer’s disease.

Two is better than one

“Using this combined approach, we were able to reduce the levels of amyloid-beta, but, importantly, restored spatial learning and memory to the level observed in healthy mice,” Jankowsky said.

The other contribution of this study was the identification of potential alternative therapeutic targets.

“Dr. Angie Chiang, a recent Ph.D. graduate from my lab and the first author of this work, was interested in identifying a molecular mechanism supporting our observations and decided to look at the mTOR pathway,” Jankowsky said.

The mTOR protein is part of a complex that carries out a multitude of functions within cells, including the formation of synapses –– the connections between neurons –– their maintenance and plasticity. This pathway also regulates autophagy, one of the cellular processes that eliminates amyloid-beta. The mTOR pathway sits at the intersection of these processes that Jankowsky and her colleagues found changed as a result of treatment.

“The neurons had roadblocks that were causing them to swell and malfunction; the double treatment helped clear that roadblock,” Jankowsky said. “Also, synapses lost as a result of the amyloid deposits were rebuilt, and the animals improved learning and memory.”

The researchers showed that mTOR pathway signaling correlates with brain improvements observed in the mice and suggest that future studies might test whether the pathway is necessary to mediate such improvements.

If mTOR signaling is necessary for the improvements, it might become an alternative target for combination therapy,” Jankowsky said. “We hope that our findings will be valuable in discussions about future human clinical trials.”

Find all the details of this study in The Journal of Experimental Medicine.

This work was supported by the National Institutes of Health grant R01 NS092515, a gift from the Robert A. and Rene E. Belfer Family Foundation, NIH Biology of Aging training grant T32 AG000183 and by a Gates Millennium Scholarship. The Monoclonal Antibody/Recombinant Protein Expression Shared Resource at Baylor College of Medicine was funded by NIH Cancer Center Support Grant P30 CA125123. 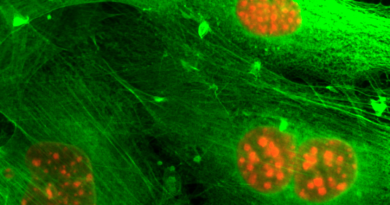