The scientific community may be overlooking a significant barrier to international collaboration reflected in a series of recent surveys: potential public resistance to sharing of genomic and other health data across national borders. In a paper published in PLOS Biology, Dr. Mary Majumder, associate professor in the Center for Medical Ethics and Health Policy at Baylor College of Medicine, Dr. Amy McGuire, director of the Center, and Dr. Robert Cook-Deegan examine evidence of public resistance, while also laying out the case for global data sharing.

Majumder and colleagues report findings from a recent U.S. public opinion survey, including a 20 percent increase in discomfort with sharing health data when the recipients are academic researchers outside of the U.S. compared to domestic researchers. This is consistent with other U.S. survey findings that the public’s willingness to share their data drops approximately 20 to 40 percentage points when researchers are located abroad. The limited findings from other countries present a more mixed picture of public opinion on data sharing, but are still concerning.

The most compelling argument for global genomic data sharing is that it will enable the best science, and ultimately the greatest contributions to human well-being, because broad data sharing fuels scientific productivity, according to Majumder and colleagues.

Secondly, the human genome is relevant across the globe, not to a sole individual, and can reveal valuable understanding of the country’s diverse population, but international connections and collaborations must be developed in order to use and study this data on a large scale.

Finally, global genomic data sharing reflects the importance of reciprocity. If some countries are making data resources available to qualified researchers across the globe, other countries have an obligation to reciprocate with openness.

What the survey says

In their survey, Majumder notes that the team “wants to get at what’s behind the public resistance.” They found that non-U.S. researchers faced distrust related to both privacy and security issues. The paper describes strategies that could build public support, including making an affirmative case for global data sharing, addressing privacy and security concerns and investigating public concern in greater depth.

In order to better inform the public about global genomic data sharing and change perceptions, Majumder and colleagues say that future research should focus on achieving a more complete understanding of the reasons behind public resistance as a basis for the development of more effective, targeted strategies to building public support for an international information network to advance biomedical research.

“Genomic medicine depends on international data sharing, especially in the area of rare disease, so it is critical that we better understand participants’ concerns and work to address them,” said McGuire.

This work was funded by the National Human Genome Research Institute. Contributor Robert Cook-Deegan is with the School for the Future of Innovation in Society at Arizona State University Washington Center. 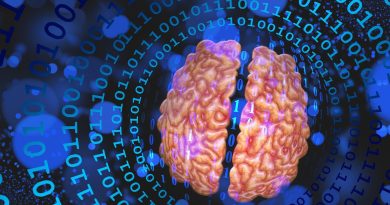 STANN reveals new insights into how the brain functions