The gut of a child infected with rotavirus is like a battleground. On one side, the virus invades the epithelial cells that form the lining of the small intestine. The virus replicates driving havoc in the intestinal environment, which causes severe diarrhea, vomiting, fever and abdominal pain. Dehydration usually follows and, unless the child is treated, death may be the end. On the other side of the battle, the body of the child fights back. Epithelial cells are the first responders to the viral attack and can produce antiviral compounds such as interferons (IFNs), in particular IFNs type I and III. What tips the balance in favor of the virus or the body’s defenses has been hard to determine. Understanding how to give the body an upper hand would help save the lives of hundreds of thousands of children under 5 years of age, each year around the world.

“This and other human viruses of the digestive system have been difficult to study because they do not grow well in experimental animals or in cell cultures in the laboratory,” said Dr. Mary Estes, Cullen Endowed Professor of human and molecular virology and microbiology at Baylor and emeritus founding director of the Texas Medical Center Digestive Diseases Center. “This has changed since the development of the human intestinal enteroids (HIEs), a laboratory model of the human gut that recapitulates many of the biological and physiological properties of the human small intestine.”

Using a laboratory model of the human gut, Estes and colleagues have revealed a strategy that human rotavirus uses to evade the attempts of the human body to eradicate it. They found that although the virus does not succeed at preventing initial steps of the defense response, it is able to minimize subsequent steps that could stop its growth. Using a model of the live human gut, the scientists also showed cellular strategies to counter the viral response.

“In this study we used the HIE model of the gut, which included epithelial cells, to study what happens when these cells encounter the virus and how the virus responds to IFNs,” said Estes.

The researchers developed HIEs from a number of patients to compare the responses of different individuals. Their results show that each culture from an individual patient can be different in basal gene expression, yet after viral infection, all the cultures respond in a very similar manner.

When the researchers added human rotavirus to the HIE cultures in the laboratory, the epithelial cells activated type III IFN genes, which in turn activated other genes involved in the anti-viral response. However, this activation did not reduce viral reproduction. Unexpectedly, almost no type I IFN was activated.

The scientists then looked at whether activation of IFN genes had produced the desired IFN proteins, which are the molecules that ultimately carry out the job of inhibiting the virus. They found that when they added live rotavirus to the cultures, type III IFN genes were active but did not go through the process of efficiently translating their instructions into IFN proteins. On the other hand, when the scientists added inactivated rotavirus, which can enter the cells but not replicate, the epithelial cells responded by both activating the type III IFN genes and producing IFN proteins.

“These experiments showed us that in the HIE cultures, the active rotavirus is able to suppress the production of most of the IFN proteins aimed at controlling virus reproduction,” Estes said. “Adding type I IFN to the HIE cultures with live rotavirus reduced viral replication more efficiently than adding type III IFN. This suggests that type I IFN may be more critical to limiting the growth of the virus and this IFN may be made from a source different from epithelial cells.”

The HIE model system of the human gut is a valuable tool to assess how people respond to viruses and other microorganisms that cause intestinal diseases and how those microorganisms counter bodily defenses. This is the first step toward designing treatments to prevent or control these deadly diseases.

The results appear in the Proceedings of the National Academy of Sciences. 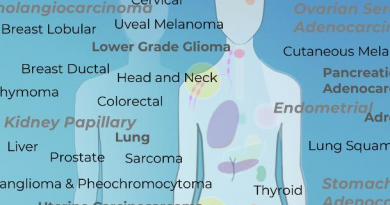