As we look back through BCM’s history from our arrival in Houston, a new chapter in our history,  decades of accolades and accomplishments we focus on the College’s growth in research in programs, centers and specialties, as well as new facilities from 2005 through 2012.

Be sure to like us on Facebook to see our new profile pictures each week during our 70th anniversary celebration.

Through a $31.25 million gift from the Albert and Margaret Alkek Foundation, the College broke ground for the Margaret M. Alkek Building for Biomedical Research in 2005. The gift helped the College establish and expand interdisciplinary research programs in cardiovascular sciences, diabetes, cancer, pharmacogenomics, imaging, informatics and proteomics. The funding was also used for faculty leadership recruitment, laboratory development and state-of-the-art equipment.

In 2008, Baylor College of Medicine’s Center for Space Medicine opened – a one-of-a-kind academic center where faculty, students, residents and staff work to push new frontiers of space biomedical research and education, with a focus on translating space advances to benefit health on Earth.

In 2005, Hurricane Katrina wrecked many of the facilities at Tulane School of Medicine in New Orleans, La.

BCM offered Tulane medical students and the school a home while repairs were underway on their campus in the Big Easy.

While Chancellor Emeritus Dr. Michael E. DeBakey received about 50 honorary degrees from prestigious colleges and universities, as well as more than 200 awards from educational institutions, professional and civic organizations, and governments throughout the world, in 2008 he was honored with the Congressional Gold Medal, the highest honor given to a U.S. civilian.

Following Dr. DeBakey’s death on July 11, 2008, an estimated 2,00 visitors passed through City Hall to pay tribute to the cardiovascular pioneer and attend a memorial service at the Co-Cathedral of the Scared Heart.

The Michael E. DeBakey Library and Museum opened in 2010, a memorial to the life of the pioneer of cardiovascular surgery. A 12-foot bronze statue of Dr. DeBakey by sculptor Edd Hayes was also unveiled in front of the building. 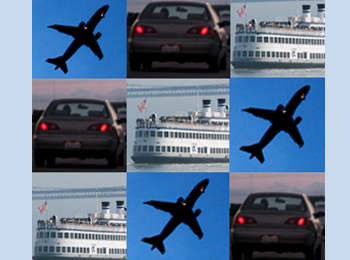