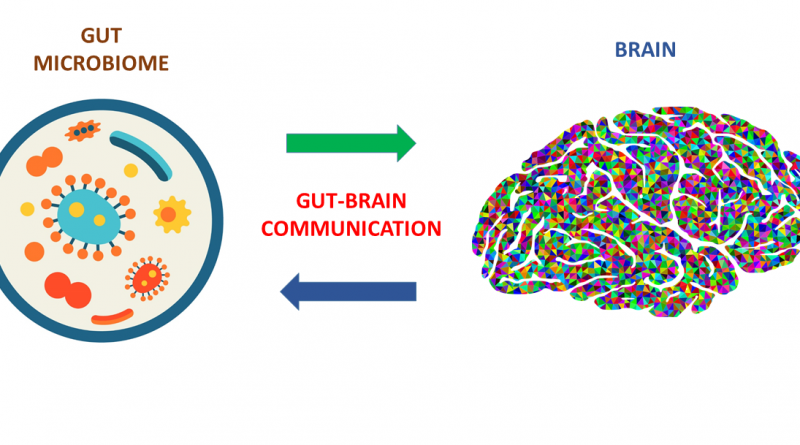 In the past decade, researchers have begun to appreciate the importance of a two-way communication that occurs between microbes in the gastrointestinal tract and the brain, known as the gut–brain axis. These “conversations” can modify how these organs work and involve a complex network of microbe- and brain-derived chemical signals that are challenging for scientists to decouple in order to gain an understanding.

“Currently, it is difficult to determine which microbial species drive specific brain alterations in a living organism,” said first author, Dr. Thomas D. Horvath, instructor of pathology and immunology at Baylor College of Medicine and Texas Children’s Hospital. “Here we present a valuable tool that enables investigations into connections between gut microbes and the brain. Our laboratory protocol allows for the identification and comprehensive evaluation of metabolites – compounds microbes produce – at the cellular and whole-animal levels.”

The gastrointestinal tract harbors a rich, diverse community of beneficial microorganisms collectively known as the gut microbiota. In addition to their roles in maintaining the intestinal environment, gut microbes are increasingly being recognized for their influence on other distant organs, including the brain.

“Gut microbes can communicate with the brain through several routes, for example by producing metabolites, such as short-chain fatty acids and peptidoglycans, neurotransmitters, such as gamma-aminobutyric acid and histamine, and compounds that modulate the immune system as well as others,” said co-first author Dr. Melinda A. Engevik, assistant professor of regenerative and cellular medicine at the Medical University of South Carolina.

The role microbes play in the health of the central nervous system is highlighted by the links between the gut microbiome and anxiety, obesity, autism, schizophrenia, Parkinson’s disease and Alzheimer’s disease.

“Animal models have been paramount in linking microbes to these fundamental neural processes,” said co-author Dr. Jennifer K. Spinler, assistant professor of pathology and immunology at Baylor and the Texas Children’s Hospital Microbiome Center. “The protocol in the current study enables researchers to take steps toward unraveling the specific involvement of the gut-brain axis in these conditions, as well as its role in health.”

One strategy the researchers used to gain insight into how a single type of microbe can influence the gut and the brain consisted of growing the microbes in the lab first, collecting the metabolites they produced and analyzing them using mass spectrometry and metabolomics. Mass spectrometry is a laboratory technique that can be used to identify unknown compounds by determining their molecular weight and to quantify known compounds. Metabolomics is a technique for the large-scale study of metabolites.

“The effect of metabolites was then studied in mini-guts, a laboratory model of human intestinal cells that retains properties of the small intestine and is physiologically active,” Engevik said. “In addition, the microbe’s metabolites can be studied in live animals.”

“We can expand our study to a community of microbes,” Spinler said. “In this way we investigate how microbial communities work together, synergize and influence the host. This protocol gives researchers a road map to understand the complex traffic system between the gut and the brain and its effects.”

We hope that our approach will help to create designer communities of beneficial microbes that may contribute to the maintenance of a healthy body. Our protocol also offers a way to identify potential solutions when miscommunication between the gut and the brain leads to disease.”

Read all the details of this work in Nature Protocols.

Read about novel findings on the gut–brain axis discovered using this protocol, in iScience, Biomolecules and Cell and Molecular Gastroenterology and Hepatology.