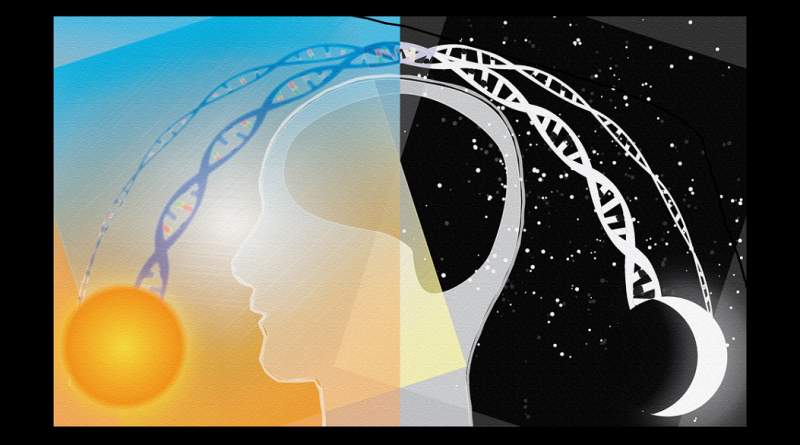 Although disrupting circadian rhythms, which change naturally on a 24-hour cycle, has been implicated in heart disease, it is unclear how it leads to the condition. At Baylor College of Medicine, the lab of Dr. Zheng Sun and his colleagues at collaborating institutions have looked closely into the function of the protein Rev-erbα/β, a key component of the circadian clock, on heart disease development in animal models and human patients.

“We studied how the Rev-erbα/β gene influenced the metabolism of the heart by knocking it out specifically in mouse cardiomyocytes,” said Sun, co-corresponding author of the work and associate professor of medicine, section of endocrinology, diabetes and metabolism and of molecular and cellular biology at Baylor. “Lacking the gene resulted in progressive heart damage that led to heart failure.”

Rev-erbα/β is involved with fat and sugar metabolisms

To learn how Rev-erbα/β mediated its effects, the team analyzed gene and protein expression and a comprehensive panel of metabolites and lipids, during both the awake and sleep hours. They found that the Rev-erbα/β gene is highly expressed only during the sleep hours, and its activity is associated with fat and sugar metabolisms.

“The heart responds differently to different sources of energy, depending on the time of the day,” explains co-corresponding author Dr. Lilei Zhang, assistant professor of molecular and human genetics and of molecular physiology and biophysics at Baylor. “In the resting phase, which for humans is at night and for mice in the day, the heart uses fatty acids that are released from fats as the main source of energy. In the active phase, which is during the day for people and at night for mice, the heart has some resistance to dietary carbohydrates. We found that without Rev-erbα/β, hearts have metabolic defects that limit the use of fatty acids when resting, and there is overuse of sugar in the active phase.”

“We suspected that when Rev-erbα/β knockout hearts cannot burn fatty acids efficiently in the resting phase, then they don’t have enough energy to beat. That energy deficiency would probably lead to changes in the heart that resulted in progressive dilated cardiomyopathy,” said Sun, a member of Dan L Duncan Comprehensive Cancer Center.

To test this hypothesis, the researchers determined whether restoring the defect in fatty acid use would improve the condition.

“We know that fatty acid use can be controlled by lipid-sensing metabolic pathways. We hypothesized that if we fed the Rev-erbα/β knockout mice more lipids, maybe the lipid-sensing pathways would be activated, override the defect and consequently the heart would be able to derive energy from lipids,” Sun explained.

These findings support that the metabolic defect that prevents the heart cells from using fatty acids as fuel is causing the majority of the cardiac dysfunction we see in the Rev-erbα/β knockout mice. Importantly, we also show that correcting the metabolic defect can help improve the condition,” Zhang said.

Clinical implications for human molecular clocks and the obesity paradox

“There are three clinical implications from this work,” Sun said. ”First, we analyzed the molecular clock function in heart tissues of patients with dilated cardiomyopathy who had received heart transplants to explore whether the clock function was associated with the severity of cardiac dilation in humans. Tissue samples were taken at different times of the day and the ratio of the gene expression of the circadian genes Rev-erbα/β and Bmal1 was calculated providing a chronotype. We found that the heart chronotype correlates with the severity of cardiac dilation.”

“The second implication is that obesity and insulin resistance, long-known clinical risk factors for heart failure, can be paradoxically protective against heart failure, within a certain time window, probably by providing fatty acids in the resting phase,” Sun said.

Highlighting the importance of chronotherapy (are you taking your medication at the right time?)

Finally, the researchers explored the possibility of pharmacologically manipulating fatty acid and sugar metabolism to improve the condition. They found that while medications can help restore the altered metabolic pathways, it was important to give the drugs aligned with the internal circadian rhythm of the corresponding metabolic pathways. If the drugs were given out-of-sync with the pathway they were intended to restore, the treatment did not improve the cardiac condition.”

These findings highlight the importance of chronotherapy, the scheduling of medications according to the circadian rhythm, not just in this study, but for many other medications.

Of the top 100 most prescribed drugs in the U.S., at least half of them have a target that is connected to a circadian rhythm,” Zhang said. “This indicates that for these drugs to be effective, they need to be taken in a time-specific way. Unfortunately, they are not. We want to emphasize the importance of taking the circadian rhythm into consideration when scheduling medications.”

For all the details of this work, a complete list of all the contributors and their affiliations and the study’s financial support, see the article in the journal Circulation.