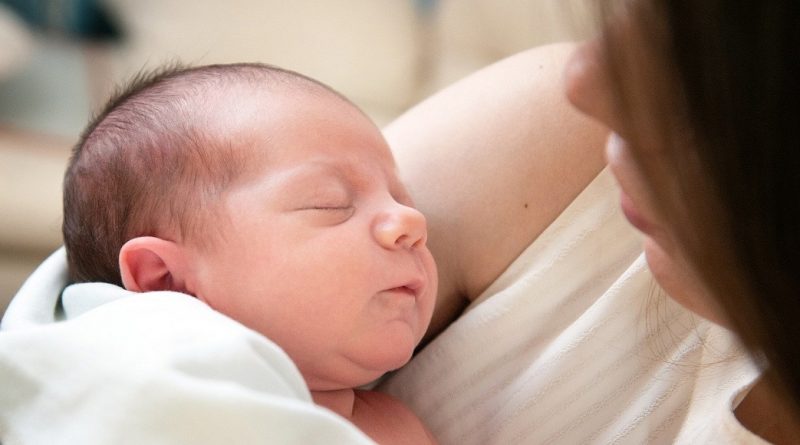 Old stories tell us about the tradition of giving lactating mothers the best meals in the house so they would make the best milk for the baby. The freshest vegetables and fruits, the best cuts of meat, bread just baked, were reserved for the lactating mother because her nutrition was anecdotally connected to the quality of the milk she produced, and mother’s milk was believed to be the best nutrition a baby could receive.

Years later, research has shown, confirming what tradition claimed, that human milk is the optimal nutrition source for neonates and infants, and in this study researchers at Baylor College of Medicine have uncovered a mechanism by which nutrition can modulate the beneficial composition of the mother’s milk.

“Mother’s milk confers protection against both immediately life-threatening infant diseases such as necrotizing enterocolitis, as well as later onset diseases in adults, like obesity, diabetes and inflammatory bowel disease,” said Dr. Kjersti Aagaard, Henry and Emma Meyer Chair in Obstetrics and Gynecology and professor of molecular and human genetics at Baylor and Texas Children’s Hospital. “Scientific evidence suggests that what a mother eats while she is breastfeeding can modulate the beneficial composition of the mother’s milk, but the underlying mechanisms involved have not been elucidated.”

In previous work in both humans and primates, Aagaard and her colleagues found that what a pregnant woman eats during pregnancy can affect her child’s lifelong metabolic health. In the current study they investigated the effect of the diet of a breastfeeding mother on the composition of human milk oligosaccharides (HMOs).

“This was particularly exciting, since HMOs are basically inert substances to a mother or her baby. However, they exert their health benefits by acting as food or fodder to microbes — both bacteria and some viruses. This appears to be a very interesting example where what we eat affects our microbes via an intermediate (the HMOs), which we make but don’t directly benefit from. It gives us a fascinating glimpse into what we and others believe is a natural co-evolution process,” Aagaard said.

These insights are important because it has been proposed that the establishment of a healthy microbiome in the newborn and infant influences lifelong metabolic health.

To determine how diet can affect the mother’s HMOs, the researchers worked with Dr. Morey Haymond, professor of pediatrics-nutrition at Baylor. The team supplied breastfeeding mothers with all their meals in a controlled setting at the USDA Children’s Nutrition Research Center. The mothers consumed a particular diet for 30 to 70 hours. After a two-week washout period, the same woman ate a different diet also provided by the researchers.

The researchers carefully collected milk samples from each subject at these different time points including the diet “switches.” In this way, each woman could serve as her own control, something referred to as a “cross-over” trial design. This helped the researchers to control for the possibility of how individual women may vary one to the next in the amount of HMOs made, as well as the possibility of confusing microbes in the milk with environmental contaminants. The team analyzed the HMO and microbiome composition of the milk and gleaned clues as to the effect of the mothers’ diet.

“We found that distinct maternal carbohydrate and energy sources in the diets we provided preferentially altered the milk concentrations of HMOs, and this was accompanied by changes in the metabolic capacity of the milk microbiome,” said first author Dr. Maxim Seferovic, instructor of obstetrics and gynecology at Baylor working in the Aagaard lab. “It is not that the maternal diet itself is directly affecting the microbes, but that the diet affects the microbes’ food, the HMOs, which in turn shape the functional capacity of the community of microbes in the milk that will be consumed by the baby. Interestingly, the changes in HMO occurred quickly, in a matter of 2 to 3 days, after the mothers changed their diet.”

Potential effects for both the baby and the lactating mother

The researchers propose that the findings can have implications not only for the baby but also for the mother.

“We propose that our findings can have potential effects on baby’s health and development, including the potential for promoting healthy gut integrity at the mucosal surface. HMOs feed certain microbial communities, and it has been suggested that the establishment of those microbial communities is probably important for neonatal development of brain function,” said co-author Dr. Melinda Engevik, postdoctoral fellow in pathology and immunology at Baylor.

We speculate that having certain HMOs promotes the growth of certain microbes in the milk, which then pass to the baby and may promote healthy development.”

“One other exciting aspect of our study is the suggestion that HMOs seem to preferentially affect the growth potential of microbes that may also impart health risk or benefit for the mother. For instance, by shaping the community of microbes in the milk in ways that may favor the growth of certain beneficial microbes via the simultaneous exclusion of those that cause mastitis during breastfeeding,” Aagaard said.

If not treated with antibiotics, mastitis, or the painful inflammation of breast tissue that typically involves an infection, prevents breastfeeding and can become a serious condition.

HMOs also can potentially prompt a healthy microbiome in other ways. For example, by feeding the good microbes, acting as a decoy that attracts and sequesters potentially dangerous microbes and by breaking down and producing nutrients that may benefit other microbes.

Find all the details of this work in the journal Nature Scientific Reports.

Other contributors to this work include Mahmoud Mohammad, Ryan Pace, James Versalovic and Lars Bode. The authors are affiliated with one or more of the following institutions: Baylor College of Medicine, Texas Children’s Hospital, University of California San Diego and National Research Centre, Cairo.

Find the complete list of financial sources for this work in the publication.