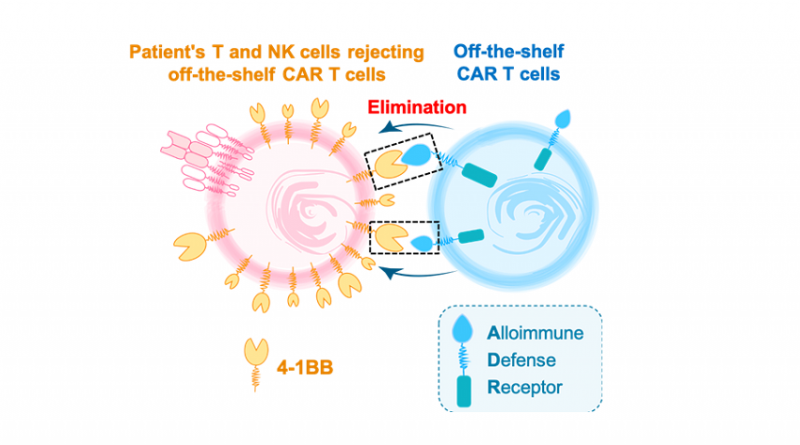 Personalized cancer treatments are no longer just options of the future. In the past few years, researchers have made significant progress in ‘teaching’ the body’s immune T cells to recognize and kill specific cancer cells, and human clinical trials have shown that this approach can successfully eliminate tumors.

Cancer patients today can be a part of the following clinical scenario: a patient comes to the hospital where physicians and scientists analyze his or her tumor to identify cancer-specific markers that would serve as targets for the novel therapy. Blood is drawn from the patient and sent to Baylor College of Medicine’s Center for Cell and Gene Therapy where the immune T cells are transformed into cells with a mission to identify and kill cells with the tumor-specific tags. The final cells are infused back into the patient to complete their job.

“At the Center, we genetically engineer the patient’s T cells to arm them with the tools they need to identify the patient’s tumor-specific markers and eliminate the cancer,” said Dr. Maksim Mamonkin, assistant professor of pathology & immunology and member of the Center for Cell and Gene Therapy at Baylor.

Although this treatment can effectively eliminate tumors, the ‘training’ of the T cells is complex and expensive. “Sometimes, the trained T cells are not highly potent because the patient already received a number of treatments that weakened the immune cells we work with,” Mamonkin said.

In addition, the process to manufacture the therapeutic T cells is time consuming. “Sometimes it takes weeks to get the T cells ready, and in this time the patient may take a turn for the worse,” Mamonkin said.

The next step: off-the-shelf therapies

“Now that we know that this type of cell immunotherapy has a lot of promise, the next step is to streamline it, make it more accessible and make sure that the resulting T cells have the highest potency,” said Mamonkin, who also is a member of the Dan L Duncan Comprehensive Cancer Center.

Researchers are developing ready-to-use, off-the-shelf therapeutic T cells. These are genetically engineered T cells that are manufactured from normal, healthy donors. The cells are expanded and well characterized, and have shown to be effective at killing cancer cells. The cells are cryo-preserved – stored frozen in liquid nitrogen – until it’s time to use them.

In this scenario, a cancer patient comes to the hospital and the tumor markers are identified. Then, with the identity of the tumor-specific tags in hand, the physician goes to a room filled with large below-zero freezers searching for the one that holds little containers with healthy immune T cells that have been genetically engineered to recognize and destroy cells with the patient’s cancer-specific markers. These ‘off-the-shelf,’ ready-made cells are thawed, prepared and infused into the patient several days later.

This approach solves two limitations of the original approach: it avoids the time-consuming, elaborate steps of training and expanding the patient’s cells and results in therapeutic T cells of higher potency,” Mamonkin said. “However, the novel approach presents a new set of limitations.”

One of the limitations of the off-the-shelf approach emerges when the therapeutic T cells enter the patient’s body. The patient’s own immune system recognizes the cells as foreign, such as it happens with organ transplants, and may reject the therapeutic cells.

“This is a major problem because rejection not only would reduce the duration of the T cells activity against the tumor, but also would preclude giving subsequent doses of cells. The immune system would reject subsequent doses of the cells right way,” said first author, Feiyan Mo, graduate student in Mamonkin’s lab. “To solve this problem we thought that the best defense was a good offense.”

“Both experiments in the lab and animal models with blood cancers or solid tumors showed that ADR protected off-the-shelf therapeutic T cells from being rejected,” Mo said. “Not only did they resist rejection, but they also expanded more and persisted longer than therapeutic T cells without ADR.”

The researchers are optimistic that this approach may also work in patients. They plan to conduct clinical trials on 2021.

“If successful, this approach can be extended to targeting other disease-causing T-cells, such as those rejecting transplanted organs, mediating graft-versus-host disease or perpetuating autoimmunity,” said Mamonkin. “We are very excited to develop this concept for several applications beyond cancer therapy.”

The ADR technology has been licensed to Fate Therapeutics, a clinical-stage biopharmaceutical company that plans on integrating it into their clinical products.

“The BCM Ventures team is very pleased to partner with Fate Therapeutics in a licensing relationship to support their implementation of the ADR technology developed in the Mamonkin laboratory here at Baylor. This approach promises to enhance the effectiveness of off-the-shelf cell therapies, and it will now be used more extensively in the clinical setting which stands to benefit patients,” said Michael Dilling, director of Baylor Licensing Group. “BCM has been an innovator in the development of cell therapies and the commercial sector increasingly looks to BCM as a source for new innovations.”

Feiyan Mo, who took the lead on this work, has received an NIH NCI F99/F00 Predoctoral-to-postdoctoral Fellowship Award to help facilitate the translation of ADR to the clinic and continue postdoctoral studies in cancer biology. She is a Baylor graduate student and is co-mentored by Drs. Mamonkin, Malcolm Brenner and Helen Heslop.

Are you interested in learning all the details of this work? Find them in the journal Nature Biotechnology.

Success! An email was just sent to confirm your subscription. Please find the email now and click 'Confirm Follow' to start subscribing. 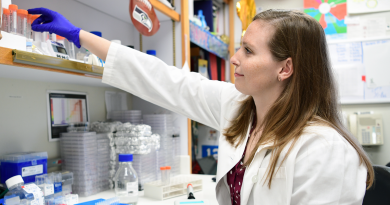 From my perspective: Victoria Tenge shares her experience as a graduate student at Baylor