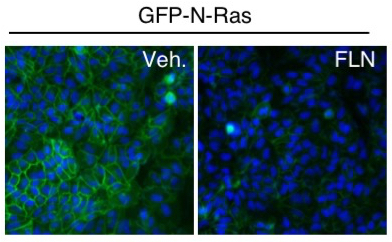 When it comes to finding new drugs to treat breast cancer, some scientists are taking an approach that could expedite the discovery of new treatments.

In his lab at Baylor College of Medicine, Dr. Eric C. Chang and his colleagues have been screening Food and Drug Administration (FDA)-approved compounds for their ability to stop cancer growth of triple-negative breast cancer in an animal model of the disease.

“We focused on finding ways to disrupt the effects of a class of protein called Ras, which are powerful drivers of a wide range of cancers. In this proof-of-concept study we have established a strategy to target N-Ras for therapy,” said Chang, who is associate professor of molecular and cellular biology and the Lester and Sue Smith Breast Center in the Dan L Duncan Comprehensive Cancer Center at Baylor. “N-Ras drives a form of triple-negative breast cancer, a very aggressive form of cancer for which there is no targeted therapy available. We thought that, if we could target one of the drivers, we might be able to make a contribution toward finding effective therapies.”

Directly interfering with Ras proteins has proven to be difficult, Chang explains, “but this is important because RAS can drive resistance to other forms of treatments targeting downstream pathways.” Therefore, he and his colleagues applied an indirect approach. They searched for safe and approved compounds that could reduce the amount of N-Ras in cancer cells by altering the cell’s natural ability to degrade this protein.

“Our assay allows us to visually determine which drugs promote N-Ras degradation,” Chang said. “We tagged N-Ras proteins with a green fluorescent tag. If the fluorescent N-Ras proteins were destroyed, the fluorescence would be lost. These assays were conducted with an automated microscopy system in the laboratory of co-author Dr. Stephen Wong at the Methodist Hospital Research Institute.”

Chang and his colleagues tested a number of FDA-approved compounds on their green cells. The drugs that made the green color disappear were those that degraded N-Ras in the cells and were potential candidates for further testing their effect on cancer growth. Of all the compounds they tested, flunarizine worked best in this test.

“Flunarizine has been used in medical practice for decades to treat dizziness and vertigo and to prevent migraines,” Chang said. “Our study shows a new function; it also can promote degradation of cancer-promoting N-Ras.”

When the researchers tested the effect of flunarizine in a mouse model of triple negative breast cancer they found that it slowed down tumor growth. They also determined that flunarizine promotes N-Ras degradation by enhancing a natural cellular pathway called autophagy. When it was first reported, autophagy was described as a pathway that provides cells with the ability to survive starvation by degrading and recycling cellular materials. Chang and his colleagues discovered that N-Ras is one of the molecules processed via autophagy.

Screening existing relatively safe drugs for new functions is a valuable strategy for identifying drugs that can potentially be used to treat diseases for which currently there are no available treatments,” Chang said.

“Our findings suggests that reprogramming pathways that degrade cellular materials may be an effective strategy to remove a cancer driver that is otherwise hard to target,” Chang explained.

Interested in reading all the details about this study? Find it in the journal Scientific Reports.

This study was speared by Ze-Yi Zheng, the first author on this paper.  Other contributors to this work include Jing Li, Fuhai Li, Yanqiao Zhu, Kemi Cui, Stephen T. Wong and Yi-Hua Liao. The authors are affiliated with one or more of the following institutions: Baylor College of Medicine, the Methodist Hospital Research Institute Houston, National Taiwan University Hospital and National Taiwan University College of Medicine in Taiwan, and the Southwest Medical University in China. 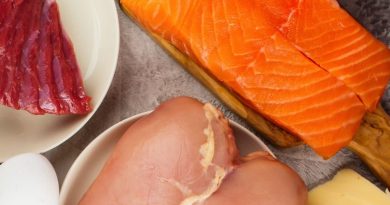 Unraveling the complexity of vitamin B12 diseases