Elephant endotheliotropic herpesvirus (EEHV) affects elephants in the wild and in captivity. It can be latent in adults but in young elephants it can be lethal. By the time symptoms are observed, the disease has often progressed to a point where treatments are not effective.

Some believe young Asian elephants are more susceptible to elephant EEHV because juvenile elephants have not yet been able to mount an effective immune response to fight the virus, specifically a T cell response.  However, little is known about the T cell response in either young or adult elephants who latently carry the virus.

Now, for the first time, researchers at Baylor College of Medicine have been able to identify T cell immune responses directed against EEHV, and this could be the first steps in developing an effective vaccine for this deadly disease.

Working with the Houston Zoo, Dr. Paul Ling, associate professor of molecular virology and microbiology at Baylor, has played a role in regular testing of blood for the virus. When detected, treatment can begin immediately.

“Despite the availability of sensitive tests and protocols for treating EEHV illness, these measures are not always effective,” said Ling, who also is a member of the Dan L Duncan Comprehensive Cancer Center. “The best line of defense would be a vaccine. By understanding how the adult elephant immune system is able to protect against EEHV, we are closer to developing a vaccine for juvenile elephants.”

In the current study, researchers followed the Houston Zoo herd, where several elephants are known to latently carry the virus. Using data from a past study that sequenced the genome of EEHV1A, the species of EEHV associated with the largest percentage of deaths, Ling and his colleagues focused on areas in the genome that are common to all herpesviruses, even those found in humans. Among those areas are structural and regulatory proteins that have been identified as potent inducers of T cell responses in humans.

Since Asian elephant T cell responses at the cellular level have not been explored, partly because there are limited tests and resources, researchers had to develop elephant-specific assays. They used a test for tracking antigen-directed T cell activity by monitoring rabies-specific responses in vaccinated elephants. They were able to validate the effectiveness and sensitivity of the test to detect circulating T cell responses. Using these newly developed elephant specific methods, they screened nine EEHV proteins predicted to induce cellular immune responses.

“Armed with this new knowledge, we are focused now on determining what vaccine approaches might be most suitable,” Ling said.

Read all the details of this work in the Journal of Virology.

Others who took part in the study include Angela Fuery, Ann M. Leen, Rongsheng Peng and Matthew C. Wong, all with Baylor; and Hao Liu, with Baylor during the course of the study and currently with Indiana University School of Medicine.

Support for this study comes from the Houston Zoo elephants and elephant management team as well as Houston Zoo veterinarians and clinic staff who provided samples for these studies; the Cytometry and Cell Sorting Core at Baylor is funded by the National Institutes of Health (NIH; P30AI036211, P30 CA125123, and S10 RR024574); the Texas Department of State Health Services and the Centers for Disease Control and Prevention (contract 200-2001-00092); grant NIH P30CA016672; the Morris Animal Foundation (MAF; D15ZO-405); MAF (D1770-017); the Wild Animal Health Fund as part of the American Association for Zoo Veterinarians; the Institute of Museum and Library Services (MG-30-13-0086-13), and the International Elephant Foundation and by funds from a Baylor College of Medicine crowd-funding initiative. 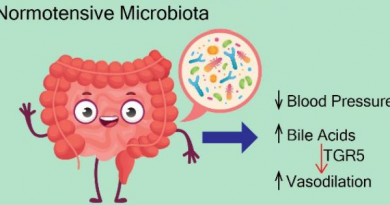