In recent years, defects in the glucocerebrosidase (GBA) gene have been identified as significant risk factors for Parkinson’s disease and deficiencies in this gene also are known to cause Gaucher disease, a lysosomal storage disorder. These separate findings prompted researchers at Baylor College of Medicine to investigate whether changes in lysosome storage disorder genes in general could be linked to risk for Parkinson’s disease. 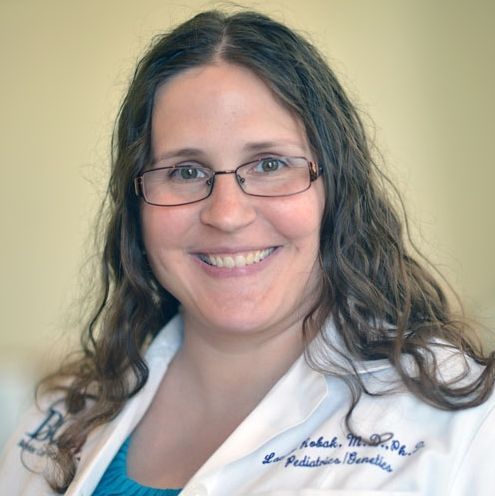 We compiled a list of 54 genes involved in lysosome storage disorders and determined whether a population with Parkinson’s disease was enriched for defective forms of these genes,” said first author Dr. Laurie Robak, instructor of molecular and human genetics at Baylor College of Medicine.

The lysosomes are sac-shaped structures inside all cells that are in charge of clearing the waste produced by the cells. The sacs contain enzymes that degrade cellular waste into its constituent components, which the cell can recycle or discard. When lysosomes fail and cellular waste accumulates, disease follows. Gaucher disease is one of about 50 lysosomal storage disorders.

“Individuals with Gaucher disease can have family members with Parkinson’s disease,” Robak said. “People who carry one defective copy of the GBA gene have a 5- to 8-fold increase in the risk of having Parkinson’s disease later in life. In addition, another gene called SMPD1 related to lysosome storage disorders is emerging as a new risk factor for Parkinson’s disease.”

Lysosomal storage disorders are predominantly diagnosed in children. Thanks to the combined expertise of adult neurologists specializing in Parkinson’s disease and both pediatricians and geneticists focusing on childhood lysosomal disorders, the research team was able to make a connection between childhood conditions and the risk for Parkinson’s disease later in life.

“We studied the largest Parkinson’s disease genetic dataset currently available and found that, although each of the damaging mutations within these genes is individually uncommon, they are common as a group within the Parkinson’s cohort,” said corresponding authors Dr. Joshua Shulman, assistant professor of neurology, neuroscience and molecular and human genetics at Baylor College of Medicine and investigator at the Jan and Dan Duncan Neurological Research Institute at Texas Children’s Hospital.

Although more research remains to be done, these data suggest the interesting possibility that damage to the lysosome might be at the core of Parkinson’s disease,” Shulman said. “It might be possible that Parkinson’s disease and lysosomal storage disorders have similar fundamental biological mechanisms.”

“Better understanding the genetics of Parkinson’s disease is important because it can lead to improved diagnosis, more insights on how the disease develops and progresses and perhaps suggest new therapies,” Robak said.

Read all the details of this study in the journal Brain.

For a complete list of financial support sources, see the publication.

This is your brain activity when you name what you see