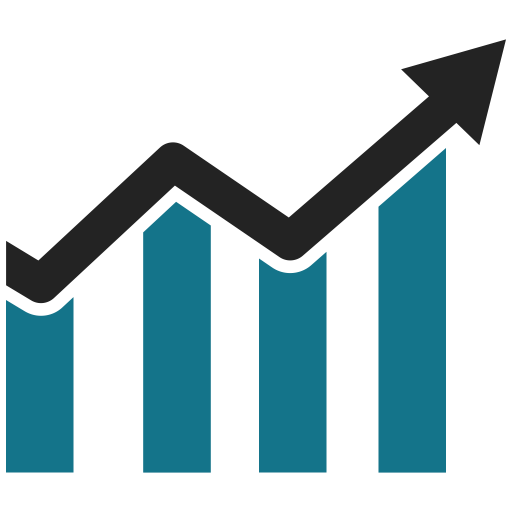 MS4 and MPH student Jaden Schupp Kohn discusses the controversy surrounding a new report of rising maternal mortality rates in Texas and its implications for medicine and public health.  She is interested in the intersection of obstetrics and gynecology with quality improvement and public health.

A woman dies every two minutes of a cause related to pregnancy. Although reduction of maternal mortality has been prioritized as a United Nations Millennium Development Goal, approximately 300,000 women who are pregnant, or have been recently pregnant, continue to die each year. At first glance, this might seem like a problem of the developing world: more than half of maternal deaths occur in sub-Saharan Africa, and one-third of deaths occur in South Asia. However, the United States is one of few countries in which the rate of maternal mortality has risen in recent years.

Widely publicized findings from a recent issue of Obstetrics and Gynecology show that the rate of maternal mortality in the United States increased by 26.6% from 2000 to 2014.  Texas was highlighted, in particular, as an outlier whose rate rose dramatically between 2010 and 2011. It is important to note that maternal mortality is a rare event, and as such, small changes in the number of deaths (numerator) can appear as large changes in overall rates if the population (denominator) is relatively small. Still, the data raises an important question – why are we seeing these trends?

Many have argued that the rise in the number of maternal deaths between 2010 and 2011 in Texas is a consequence of the controversial state budget cuts in family planning and reproductive health, which resulted in closure of more than 80 clinics that provided contraception, well-woman exams, and cancer screening in addition to abortion services. However, the temporal relationship of the budget cuts and the rise in mortality has been questioned – whether the legislative cuts that occurred in 2011, and that were implemented in the latter part of 2011 and in 2012, could be held responsible for a rise in mortality that occurred throughout the same year. Nonetheless, even if these budget cuts did not initiate the rise in mortality, it is likely that they will perpetuate an environment unsupportive of the reproductive health of women and contribute to continued high rates of mortality.

The methods of this mortality analysis have also been challenged. Some have argued that the measures used to ascertain the data account for the rise in mortality and were also inconsistent, given the variation in death certificate reporting by state.  The majority of states use a checkbox on the death certificate to indicate that maternal death occurred within 42 days of pregnancy. This amendment to the death certificates was added in 2003 to provide clarity about maternal death rates, and some believe that this addition increased the maternal mortality rate by increasing the number of deaths attributed to pregnancy. However, this has not been adopted uniformly and a few states use different time lines – including death within 3, 6, or 12 months of pregnancy. The authors performed a calculation to adjust for such variation in reporting and thus standardize mortality rates, but some are skeptical of this methodology – claiming that the unadjusted mortality data from the Texas Department of State Health Services shows different trends and that the methods of adjusting are responsible for the perceived elevation in mortality rates.

While highly publicized, this article is not the first indication of the rising number of maternal deaths in Texas, and work has been underway for a few years to probe this issue. In 2013, the state legislature commissioned the Texas Maternal Mortality and Morbidity Task Force (MMMTF), led by BCM’s own Dr. Lisa Hollier, to investigate fatalities that occur within one year of pregnancy, due to any cause “related to or aggravated by…pregnancy,” including chronic health conditions and homicide. A review of the maternal deaths in 2011 and 2012 revealed a troubling pattern: four of the seven most common causes of maternal deaths were unrelated to primary obstetric factors. The largest proportion of all deaths were due to cardiac causes (20.6 percent) and drug overdose (11.6 percent), with additional contributions from homicide (7.4 percent) and suicide (5.3 percent). Hypertensive disorders, hemorrhage, and sepsis – the traditional obstetric-related causes of fatality – accounted for 11 percent, 9 percent, and 9 percent of deaths, respectively. Globally, the most common causes of maternal death are still obstetric factors – hemorrhage (27.1 percent), hypertensive disorders (14 percent), sepsis (10.7 percent), and unsafe abortion (7.9 percent), while non-obstetric factors collectively account for 26 percent of deaths. The evidence suggests that we have reduced, though not entirely mitigated, the influence of obstetric factors through improved delivery of medical care immediately surrounding the time of childbirth in the United States.

Instead, pregnant or recently pregnant women are dying of the same things that are affecting non-pregnant individuals: heart disease, addiction, and violence. Heart disease is the leading cause of death in the United States – and is now the leading cause of death for pregnant women. President Obama recently designated a “Prescription Opioid and Heroin Epidemic Awareness Week,” in recognition that opioid overdose is the primary cause of injury-related deaths in the United States today and that opioid use disorder devastates the individuals, families, and communities that it affects. The majority of maternal deaths due to drug overdose involved prescription opioids, legally or illegally obtained. News headlines continually alert us to the presence of gun violence, and certain cities have witnessed a rise in homicides this year. Most homicides against pregnant or postpartum women are committed by a current or former intimate partner, and the risk of intimate partner violence actually rises during pregnancy and postpartum. Maternal mortalities are no longer isolated incidents due to obstetric disasters, but sentinel events indicating the larger problems in a complex web of healthcare and public health challenges that confront everyone in our society today.

Our resources – public health prevention services, healthcare services, and the funding that facilitates their delivery – should focus on these challenges. Reducing the effects of heart disease, addiction, and violence on pregnant and postpartum women will likely require widespread efforts to reduce these issues in our society at large.  However, we can also target efforts directly toward pregnant and postpartum women. For instance, Medicaid coverage expires 60 days after the delivery of a woman’s child, yet the MMMTF found that the majority of deaths are occurring 60-360 days after delivery. If we are examining and addressing causes of maternal mortality up to one year after delivery, we should provide funding to care for women throughout that time period. If we are striving to reduce deaths due to drug overdose and suicide, we need to expand the current resources that are available for mental health care and addiction treatment, for all people and especially for pregnant and postpartum women. We also need to support funding for public health interventions that reduce the factors that lead to heart disease in women, substance abuse in women, and violence against women – which means addressing diabetes, low physical activity levels, education, poverty, unemployment, and a myriad of other challenges.  The rise of maternal mortality should be an indicator that we need to address the public health challenges that lead to this situation.

Additional evidence points to racial and ethnic differences in the rates of maternal mortality. The MMMTF found that black women made up a disproportionate share of the deaths, compared to the number of births. Another study found that black women have similar rates of pregnancy complications but are much more likely to die as a result. This disparity merits further study, along with factors such as geographic location (urban versus rural disparities in health care access), socioeconomic status, and educational background, which may all inform more effective interventions to reduce maternal mortality.

It appears that maternal mortality is rising in the United States, and that Texas is leading the charge. National and international public health groups will continue striving to improve our means of measuring rates of maternal deaths with improved accuracy. Coalitions such as the MMMTF will continue to systematically investigate and identify the precise etiology and contributory factors that led to the deaths of women during or following their pregnancy. It may take more time before we can identify with certainty the extent and causes of the problem. But this much is certain – families are stronger when mothers are alive. Communities are stronger when women are physically and mentally healthy. No woman, in Texas or the United States or across the globe, should die in connection to her pregnancy. We have work to do.

We’ve got an app for that: Imagining the Ultimate Health App

The first time your patient dies