Missing the tip of chromosome 1, a region called 1p36, is a relatively common cause of intellectual disability affecting one in 5,000 babies. These children may also have delayed development, seizures, heart and kidney defects, and problems with vision and hearing. The number and severity of these medical conditions varies greatly among children with 1p36 deletions. Scientists think that one reason for this variability is that the genes that are missing from the 1p36 region are not the same in each individual. Knowing which genes are actually involved in the development of this syndrome would help physicians predict the type of medical conditions a child with a 1p36 deletion might encounter and would make it easier to create individualized care plans for these patients. In a paper published in the American Journal of Human Genetics, a multidisciplinary team including Baylor College of Medicine researchers has determined that mutations in one gene, RERE, can cause many of the features associated with 1p36 deletions.

“This discovery is important for the parents of the children with this syndrome because it answers one of their most pressing questions, what are the problems that my child is likely to have?” said Dr. Daryl A. Scott, associate professor of molecular and human genetics and molecular physiology and biophysics at Baylor and a senior author of this report.

Scott worked closely with Dr. Elliot H. Sherr, the other senior author of the paper, Sherr’s team from the department of neurology at the University of California, San Francisco, and other physicians and scientists from around the world to identify 10 patients with mutations in RERE, which is located in the 1p36 region. These patients had medical problems that were very similar to those of patients in which dozens of 1p36 genes are deleted.

“We are the first to provide evidence that RERE mutations alone can cause developmental problems typical of 1p36 deletions. RERE is important in early development,” said Scott.

This discovery is the culmination of 10 years of research in mice and other animal models. Scott and colleagues demonstrated that, in mice, Rere mutations alone result in the animals having many of the characteristics observed in patients with 1p36 deletion syndrome. However, it was impossible to prove that RERE could play the same role in humans.

“One of the big surprises of our paper is that just one gene can cause many of the problems observed when the tip of chromosome 1 is deleted,” said Scott. “We anticipate that this finding will be of particular interest to the parents in the 1p36 Deletion Support & Awareness group.”

In addition, the research is a boon to families of children with RERE mutations, who know for the first time the reason their children share this group of developmental disabilities.

“Just having an answer can be hugely beneficial for families,” said Sherr, a practicing neurologist who works closely with these patients and their families. “Of course, getting a genetic answer is just the first step, but for the longest time we didn’t even have that much. It gives these families hope that we can move forward.” Sherr is also with the department of pediatrics at UCSF.

The next step in Scott’s research will be to focus on the role of RERE in the development of the brain, heart, eye and other organs.

This work was supported by the National Institute of Neurological Disorders and Stroke grant R01 NS058721, The Netherlands Organization for Health Research and Development grant 912-12-109 and ODAS Stichting. 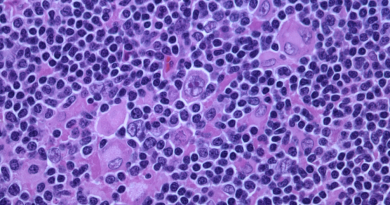