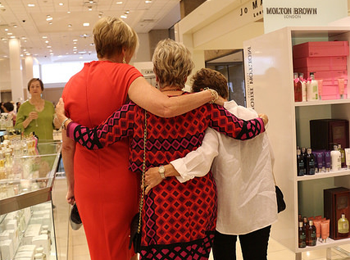 The Lester and Sue Smith Breast Center at Baylor College of Medicine is fortunate to have a dedicated group of advocates – many of whom are breast cancer patients, survivors or have been touched by the disease – who volunteer their time to aid in the ongoing battle to find a cure, helping to provide critical funding for life-saving breast cancer care.

On Sept. 24, the group, known as the Breast Center Advisory Council, stepped up in a big way. The council raised more than $400,000 (and counting) at one of its largest fundraising events – the Neiman Marcus Stiletto Strut & Luncheon.

Led by advisory council members, event chair Tricia Georgiou with co-chairs Trish Hayes, a 13-year survivor, and Megan Hotze; the event concluded after nearly a year of planning that involved many members of the council. Jane Parker, a 25-year survivor and also a council member, and her husband, Ed Parker, served as honorary co-chairs of the event.

More than 500 women (and some men) met in the Shoe Salon at Neiman Marcus for a Champagne toast and short “walk with purpose” through the Houston Galleria to the Westin Galleria Ballroom, where the luncheon and style show, featuring Neiman Marcus’ top runway collections, was held.

One of Baylor’s most generous supporters, Lester Smith, a Baylor College of Medicine Board of Trustee member whom the breast center is named for, presented Dr. C. Kent Osborne, former director of the Lester and Sue Smith Breast Center and current director of the NCI-designated Dan L. Duncan Cancer Center at Baylor, with a special award – the inaugural C. Kent Osborne Award for Medical Excellence.

“It really takes a big village to pull this off and impact the lives of so many women at the Smith Breast Center – so my hat is off to each of you,” said Smith. “It may indeed take a village, but it also takes an incredible leader whose passion, dedication, skill and compassionate care to those battling breast cancer are the hallmark of successful outcomes. I am talking about none other than whom the ladies call, ‘our fearless leader,’ Dr. Kent Osborne.”

“This award, named for you, is given to you and to those to come, whose commitment to medical excellence, compassionate care and advancement of science is unmatched,” said Smith.

“In the last 40 years, since I started my career in breast cancer research, we have made a tremendous amount of progress, we have deepened our understanding of the biology of the disease and how complex it is,” said Osborne. “We have gotten where we are because of a team approach – that team includes not just the clinicians and scientists or the federal government, which funds most of our research, but the local organizations like yours who help bridge the gap in our efforts. I am incredibly thankful to all of you for your support.”

This year marked the fourth year for the event.

Read our press release announcing Dr. Matthew Ellis as the next director of the Lester and Sue Smith Breast Center.

Learn more about the Lester and Sue Smith Breast Center at Baylor. 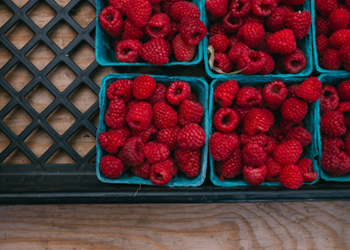 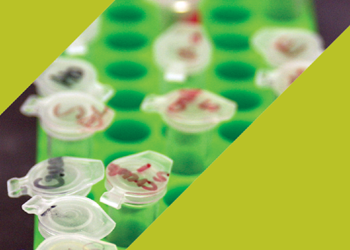