In some respects, animals and amoebae are not that different. For instance, both are at risk of potentially deadly attacks by bacteria and have evolved ways to prevent them. The lab of Dr. Adam Kuspa and his colleagues at Baylor College of Medicine have discovered that amoebae can not only protect their colonies from specific bacterial attacks, but by doing so they gain other benefits that contribute to their survival.

“We study Dictyostelium discoideum, the soil-dwelling single-celled amoeba that feeds on bacteria. In this study we were surprised to discover that, when exposed to some types of Gram-negative bacteria such as Klebsiella pneumoniae, but not Gram-positive bacteria, D. discoideum secretes into its surroundings large amounts of CadA, a protein until now known only as a cell adhesion molecule that contributes to the amoeba’s development,” said Kuspa, professor of biochemistry and molecular biology and senior vice president and dean of research at Baylor. “We analyzed CadA and determined that it is a lectin, a molecule that binds to carbohydrates, and mixing CadA with K. pneumoniae resulted in clumps of bacteria.”

New functions for an old molecule

Kuspa and his colleagues then investigated the effect of the lack of CadA on the amoeba’s ability to form colonies or plaques on a film of bacteria, typical laboratory conditions to study amoebae. They deleted the CadA gene and found that only 20 percent of the amoebae survived and formed plaques when set to grow on a film of K. pneumoniae. But the same CadA-deficient amoebae grew the same as amoebae with CadA when set to grow on Gram-positive bacteria.

“It was totally unexpected that secreted CadA was important for amoebal colony formation on some type of bacteria, but not other,” said first author Dr. Timothy Farinholt, who was a graduate student in the Kuspa lab when he was working on this project. “When we added exogenous CadA to CadA-deficient amoeba, the amoeba formed threefold more colonies than when CadA was not available.”

Altogether, the experiments suggested that CadA is important for the amoeba to go through the initial stages leading to plaque formation and that once the plaque reaches certain size, CadA is no longer needed to keep the amoebae alive on a bacterial film.

But, how was CadA helping D. discoideum survive on a sea of life-threatening K. pneumoniae?

A series of microscopic examinations showed a sharp border between amoebal colonies and surrounding bacteria, suggesting that CadA is forming a barrier that prevents live bacteria from entering the amoebal plaque.

As CadA binds to K. pneumoniae and agglutinates or clumps bacteria, amoebae are attracted toward these bacterial clumps and feed on them at the edges to the plaque. Additional experiments showed that when CadA is present, amoebae actively feeding at the plaque edges have lower levels of oxidative stress than when CadA is absent.

Amoeba living in soil are constantly exposed to vast numbers of heterogeneous groups of bacteria and CadA and other lectins we and others have so far identified enable amoebae to recognize specific species and adapt to survive,” Kuspa said.

Find the complete study in the journal Science Advances.

Christopher Dinh at Baylor College of Medicine, also contributed to this work. 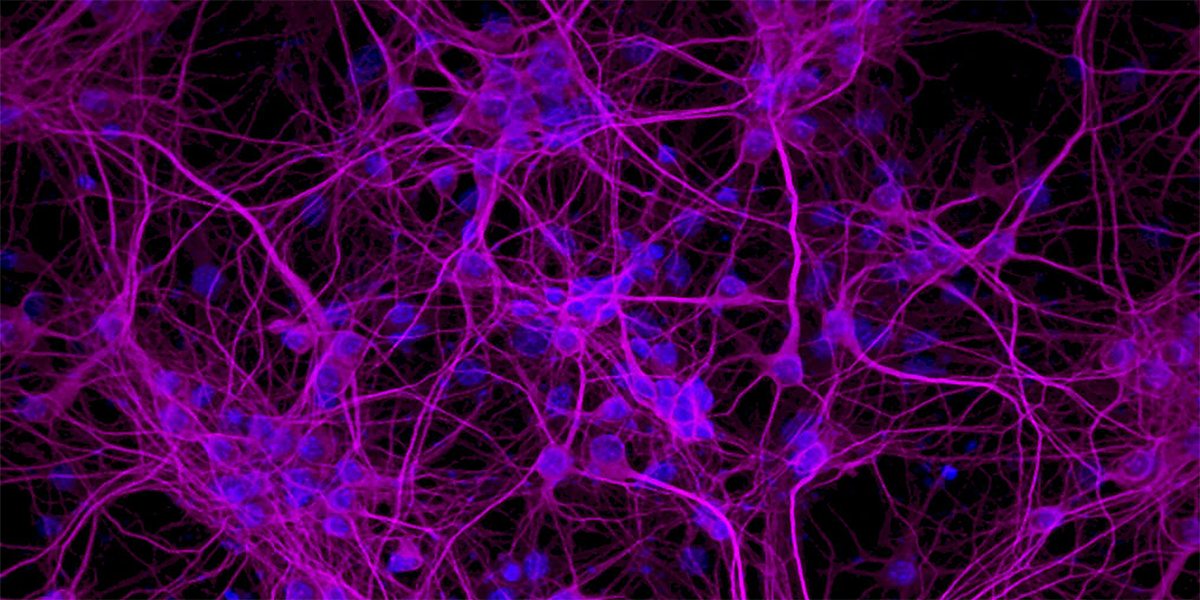 Image of the Month: Neurons in the lab

A matter of health — The promise of vaccination