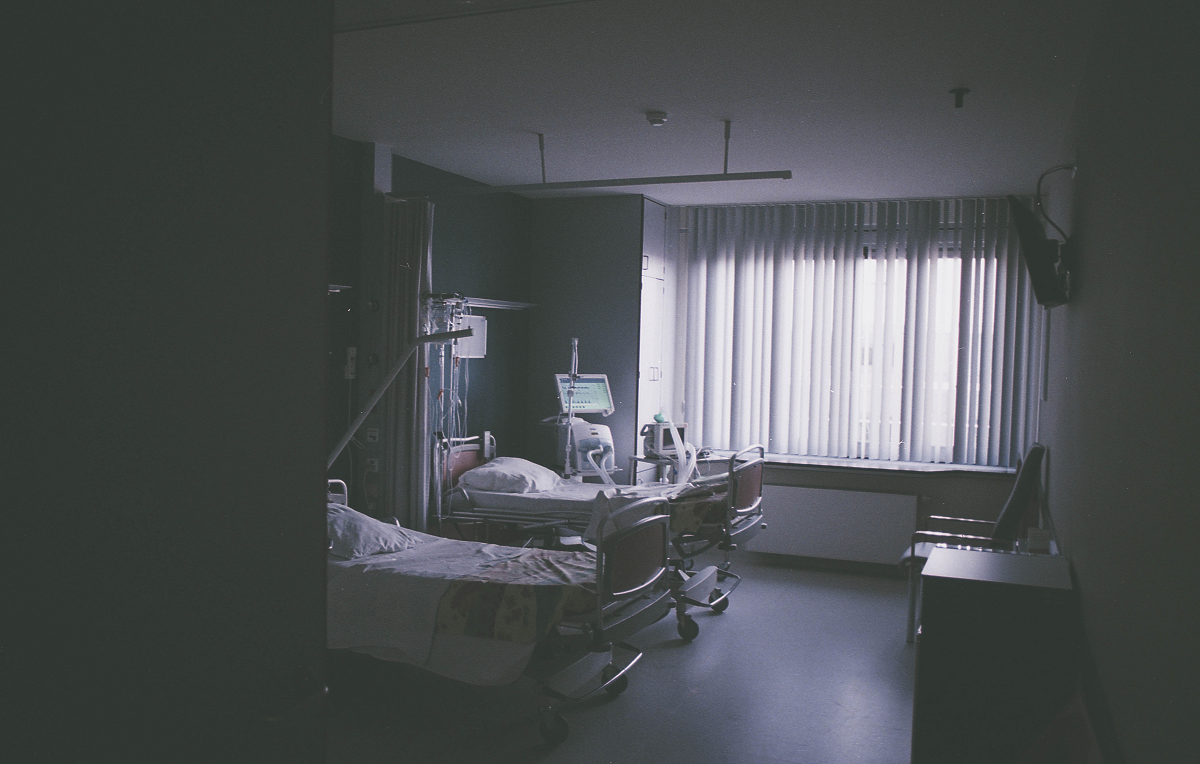 Five days into my emergency medicine clerkship, I had experienced a lot of firsts: My first participation in a code, my first CPR compressions, and my first patient death. This was specifically a code blue for a patient with pulseless cardiac arrest.

An elderly woman was brought in by her family after not feeling well for several days and quickly became unresponsive. As the room flooded with staff, my upper-level resident started running the code and assigned people to critical tasks, including starting CPR, establishing an IV and airway, and placing defibrillator pads on the patient.

“Evan, you will take over for compressions next.” I verbally acknowledged my role and took my position at bedside, my heart furiously beating in my chest as I tried to recall all of my basic life support (BLS) and advanced cardiovascular life support (ACLS) training. At the two-minute pulse check I relieved the nurse who had initiated compressions and stood over this frail woman who reminded me of my only living grandmother.

I clasped my hands together and held them steady above her exposed chest and waited for the signal to begin; the monitor displayed an electrical rhythm but there was no pulse. While her heart might still be conducting electricity, it wasn’t functioning properly — defibrillation would not help her. The only thing that could save her was high-quality CPR.

“Resume compressions.” A tidal wave of thoughts cascaded over me. On the first day of ER orientation we practiced on an advanced model with visual feedback, and during that orientation exercise, I realized how long it had been since I had practiced CPR.

But the waves of self-doubt receded and after gentle prompting from another nurse, I settled into a rhythm, with my body and mind completely dedicated to the task at hand. I am a BLS and ACLS instructor, responsible for training other medical students and even residents and attending physicians, and we teach that high-quality CPR needs to be between 100-120 beats per minute or the approximate tempo of the Bee Gee’s “Stayin’ Alive.” The morbid irony of associating that song with this task was not lost on me.

“Two-minute pulse check.” I stepped aside, my mind completely blank. CPR resumed again. My upper level came to my side at the foot of the bed and said, “Let’s go through the Hs and Ts.” In ACLS, the team leader is responsible for directing the group, ensuring effective communication and determining the underlying cause of the problem leading to the code in the first place; the Hs and Ts are a short list of differential diagnoses to consider.

My faculties having returned to me, I assessed the likelihood of possible etiologies: hypothermia, hypovolemia, hypo/hyperkalemia, and hydrogen ion excess seemed unlikely compared to a thrombus to the heart. Clear lungs ruled out a tension pneumothorax but there could be a pulmonary embolism, cardiac tamponade, or a medication overdose. The upper-level resident ordered epinephrine, magnesium, bicarbonate, calcium, among other medication to be administered while someone scanned the heart looking for fluid in the pericardium. There was no specific medical history to point to, and any intervention at this point was increasingly unlikely to bring her back.

In total, we performed 15 rounds of CPR, and I performed four of those 15. During my third round I felt fatigue creep in, and my wrists cramped. To prepare for my fourth round of CPR, I replaced my gloves and attacked my task with renewed vigor, ignoring everything around me except for the beating of my own heart, which I used as my personal metronome.

We tried everything we could to help the patient, but in the end even everything wasn’t enough. The code was called, and she was pronounced dead. The chaplain attended to her grieving family, and everyone who had participated in the code respectfully left the room as she was covered with a thin bed sheet finally granting her body some small modicum of dignity. I was one of the last ones to leave, and after reclaiming my white coat, which I had hastily tossed away I told her, “I’m sorry that we couldn’t save you.”

The dam broke and twin rivulets of tears cascaded down my face as my accompanying intern guided me into the break room where I started sobbing uncontrollably. She asked me what she could do for me, and somehow, I told her that I needed to be alone.

My body almost shook from the exertion as if the release of emotion were more taxing than performing eight minutes of CPR. I didn’t know her name, but from the moment I stood at her bedside to the moment I apologized, she was my patient. And I had lost her.

A few minutes later, I had stopped crying, and I allotted myself five minutes for self-reflection.  I then attended the debrief where the code was discussed to ensure closure and to provide feedback for improvement. The consensus was clear; we had all done everything we could, and everyone’s chest compressions were admirable. Ten minutes later, I was at my work station reading about my next patient.

Even now as I recall the case my eyes remain dry until I remember telling her that I’m sorry. I know that as a doctor I will become more familiar with death. I know that this will become easier. I don’t know if I want it to.

A house of hope: volunteering at Angela House