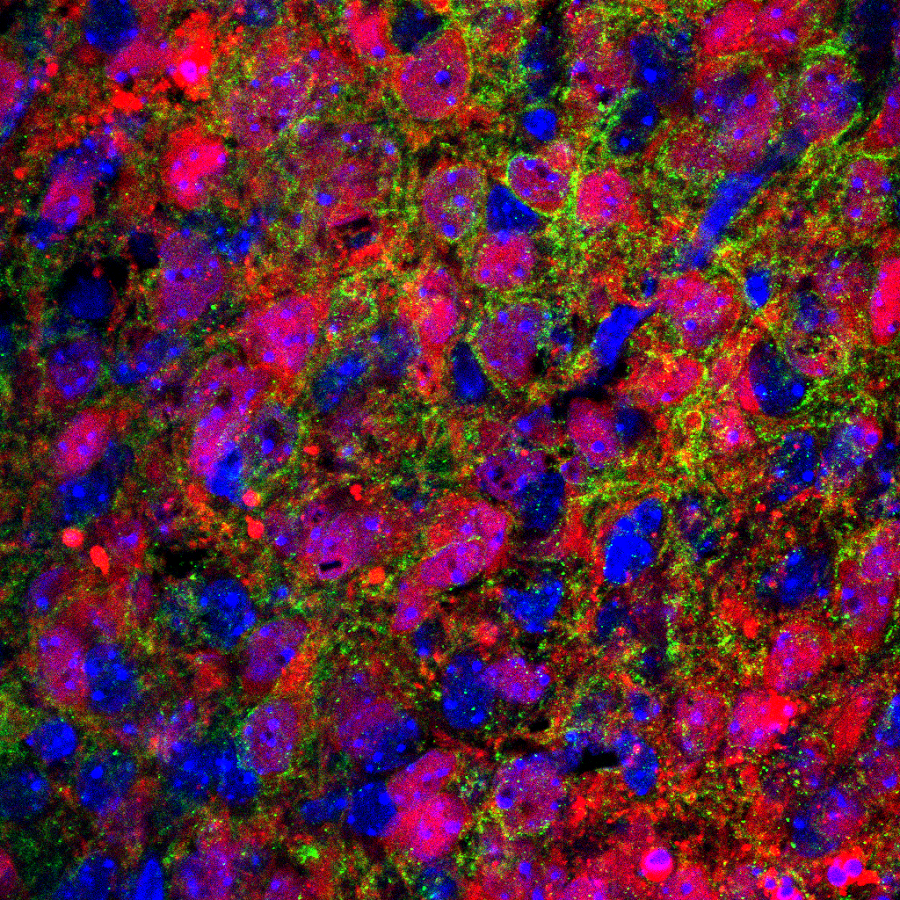 The common expression, ‘As easy as breathing,’ is truly misleading. Breathing, as it is performed by higher vertebrates, is a complex biological function involving many types of neurons. It requires chemosensory neurons to sense oxygen and carbon dioxide levels in the blood and motor neurons to control muscle movement. It also needs specialized neurons to establish correct breathing rhythms at birth and subsequently maintain it throughout life. The mechanism by which actions of these diverse groups of neurons are finely orchestrated to produce precise breathing rhythms has remained a mystery.

Dr. Huda Zoghbi and her colleagues have found two neuronal lineages in the hindbrain that act as ‘conductors’ of this exquisite biological symphony. They coordinate and relay the sensory information obtained from various chemosensors to the rhythmogenic neurons in the central respiratory circuit to establish and maintain optimal breathing rhythms, which are especially critical for the survival of a newborn.

“The ability to modulate respiratory rhythms in response to changes in the levels of oxygen and carbon dioxide is crucial for the survival of humans and other animals,” said Zoghbi, who is professor of molecular and human genetics and of pediatrics and neuroscience at Baylor College of Medicine and director of the Jan and Dan Duncan Neurological Research Institute at Texas Children’s Hospital. “During development, most hardwired neural circuits are able to practice in utero and fine-tune their activity based on the feedback they receive.”

Neuronal circuits involved in breathing, however, must be precisely wired and ready to perform flawlessly at birth, without prior practice. Moreover, under challenging conditions later in life, such as when oxygen levels are low (in high altitude or during exercise) or when carbon dioxide builds up (in chronic obstructive pulmonary disease, asthma and sleep apnea), the neural circuits have to quickly compensate by making the breathing deeper and faster.

Master regulatory genes via transcriptional factors oversee the development of neuronal populations and coordinate rapid responses between them. These genes crisscross the entire hindbrain, forming a checkerboard pattern, which is the genetic blueprint on which the neural respiratory circuit is built.

“Understanding how these key genes set up the breathing circuit could provide valuable insights into how the neural respiratory circuits are ‘jumpstarted’ at birth,” said Zoghbi, who also is an investigator at the Howard Hughes Medical Institute. “Moreover, it also could offer key insights into the cause of respiratory distress in premature babies and infants who die of sudden infant death syndrome (SIDS).”

Setting up the breathing circuit

Atonal homolog 1 (Atoh1) is one such regulatory gene. For decades, scientists have tried to understand why mice lacking the Atoh1 gene die of respiratory failure at birth. Atoh1 is expressed along the entire length of the hindbrain and is required for proper development of several neuronal lineages in this brain region.

A previous study conducted in the Zoghbi lab reported that when Atoh1 was specifically deleted from the retrotrapezoid nucleus (RTN), a group of neurons present in the lower part of the hindbrain, the mice were unable to enhance their respiratory rhythms in response to high levels of carbon dioxide, and yet, remarkably, only some of the newborn mice in this litter died. This suggested that other Atoh1-expressing neurons must be playing an important role in breathing and motivated the Zoghbi lab to study other Atoh1-lineage neurons.

Using genetic lineage tracing techniques, Meike van der Heijden, a graduate student in the Zoghbi lab and the primary author on the paper, found that parabrachial complex neurons were specifically activated when oxygen and carbon dioxide levels were altered, which suggested they may play an important role in regulating breathing under stressful conditions.

“Atoh1 was specifically deleted from the upper rhombic lip region, part of the upper hindbrain where PBC neurons are born,” van der Heijden said. “Although mice lacking parabrachial complex neurons survived the early neonatal period, they exhibited several hallmarks of immature respiratory control such as rhythmic irregularities and apneas. Also, these mice were unable to breathe faster or deeper when oxygen was low. Together, this suggested parabrachial complex neurons are required for the proper maturation of the respiratory network.”

The researchers next asked how parabrachial complex neurons communicate the sensory information to the central respiratory circuit – do they activate the downstream rhythmogenic neurons or act directly on the muscles? Using a newly generated mouse line that distinguishes Atoh1-lineages from other hindbrain neurons, they concluded parabrachial complex neurons act indirectly by selectively communicating with rhythmogenic neurons and RTN neurons.

Based on this study, the authors proposed a model whereby changes in oxygen and carbon dioxide levels (for instance, at birth or due to high altitude and exercise) are detected by chemosensory neurons and transmitted to the parabrachial complex and RTN neurons. In turn, these neurons relay this information to rhythmogenic neurons, activating motor neurons and muscles and allowing the animal to take fast and deep breaths to inhale more oxygen.

The study provides a potential cause of breathing abnormalities seen in premature babies and why seemingly healthy babies die of SIDS.

Babies carrying mutations in genes that regulate the development and activity of these two neuronal lineages would likely have an increased risk of respiratory problems at birth. Moreover, since the neural respiratory network in these newborns would be immature, even minor changes in environmental oxygen or carbon dioxide levels would prove fatal.

This study offers excellent molecular and cellular targets to further investigate how dysfunctional Atoh1-lineages could contribute to respiratory failure in premature and high-risk babies. Understanding the key nodes in the respiratory network that are critical for robust breathing is a key step for physicians to understand what contributes to breathing vulnerabilities in newborns and to prevent SIDS-related fatalities in the future.

Read all the details of this work in the journal eLife.

Reproduced with permission and minor modifications from Research at the Jan and Dan Duncan Neurological Research Institute.

Come on in: Bile acids open the door to norovirus infection 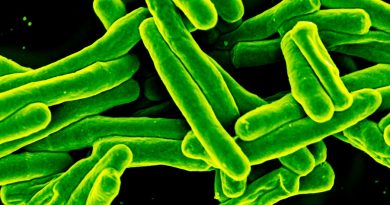