Jan. 1 is a day for resolutions and fresh starts. For some individuals, it might be the year he or she finally decides to quit smoking for good. For young Oregonians, Jan. 1 marks a day that may ensure they never begin smoking in the first place.

Oregon is the most recent in a growing number of states to enact a so-called “Tobacco 21” law. These laws raise the minimum age of sale of tobacco from 18 to 21. With this bold move, Oregon will join Hawaii and California, with New Jersey and Maine following suit later in 2018.

These laws are incredibly popular among constituents on both sides of the political aisle. With colleagues at the Texas Medical Center, Stanford, and Massachusetts General Hospital, we have found that Tobacco 21 laws are supported by over three-quarters of Americans, with no differences in support by political party. We have also found few differences in support by state. Individuals in Texas are just as likely to support these laws as in those in California.

Tobacco 21 laws are an effective strategy to reduce youth smoking initiation. However, they have provoked controversy. Critics have argued that these laws unduly intrude on individual autonomy. Other critics have argued that they are inconsistent, stating that if an individual is mature enough to serve in the military, vote, or get married, they should be mature enough to decide whether to smoke.

But despite vocal opposition, the benefits are hard to ignore, and the growing number of states enacting this type of legislation suggests that there is significant political interest. But are they ethically justifiable?

A colleague and I recently analyzed the ethics of “Tobacco 21” laws in the American Journal of Public Health. In our essay, we examined the ethical arguments for and against these laws and concluded that the primary ethical justification lies in their tremendous public health benefit.

According to the National Academy of Medicine, nationwide implementation of Tobacco 21 would result in over 200,000 fewer premature deaths from smoking among Americans born between 2010 and 2019.

In this essay, we also offer arguments to counter the objections raised by critics of these laws. For example, we refute the inconsistency claim raised by critics, arguing why it is reasonable that there be different age limits to vote or serve in the military than to use tobacco products.

Ultimately, we conclude that these laws are ethically justifiable, and we recommend that policymakers move quickly to implement them in jurisdictions where they are not yet in effect. Fortunately, it seems as though policymakers are doing so. When our article was first published, Tobacco 21 laws were in effect at the state level in Hawaii and California, and in at least 245 cities and towns in 17 states plus the District of Columbia.

Since then, that number has grown to 289 local ordinances spanning 18 states, one US territory, and Washington, DC. Several other states are poised to move on additional Tobacco 21 bills in the coming year. Let’s hope that legislatures continue to find that resolving to prevent youth smoking is a resolution worth sticking to. 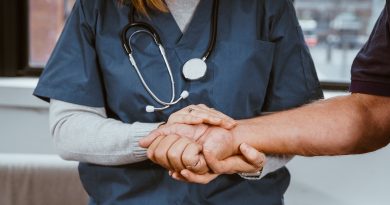 Do no harm: A moral imperative to be the change in healthcare