Like a large dynamic city, a cell carries out many activities that generate waste. Waste needs to be disposed of properly in order for the city to continue its activities without interruption. If waste management fails, waste progressively accumulates and eventually leads to interruption and paralysis of the activities of the city. Something similar happens in the human brain when cellular waste is not discarded. Juvenile Batten disease is one of nearly 50 human cellular waste storage disorders.

“Patients with juvenile Batten disease are born healthy and reach the expected developmental milestones of the first 4 to 6 years of age,” said senior author Dr. Marco Sardiello, assistant professor of molecular and human genetics at Baylor. “Then, these children progressively regress their developmental achievements; they gradually lose their vision and develop intellectual and motor disabilities, changes in behavior and speech difficulties. Most people with this condition live into their 20s or 30s. This inherited, rare disease has no cure or treatment other than palliative care.”

“As we started this project, patients and families affected by this condition visited us in the laboratory,” said first author Dr. Michela Palmieri, who was a postdoctoral fellow in the Sardiello lab during this project and currently is at the San Raffaele Scientific Institute in Milan, Italy. “We were deeply affected by our interactions with the patients and their families and this further motivated us to pursue this research with the hope that maybe one day it will lead to a treatment that will improve the lives of people affected by this condition.”

The lysosomes are the structures in charge of clearing the waste produced by the cell’s regular functions. Lysosomes are sacs inside all cells containing enzymes that degrade cellular waste into its constituent components, which the cell can recycle or discard. When lysosomes fail and cellular waste accumulates, disease follows. Although all types of cells can be affected by defects in lysosomal waste processing and cellular waste accumulation, brain cells – neurons – are particularly susceptible.

“In juvenile Batten disease the function of brain cells is progressively affected by the accumulation of cellular waste,” Sardiello said. “This accumulation leads to perturbation of many cellular processes, cell death and progressive regression of motor, physical and intellectual abilities.”

A novel approach to finding a treatment

“A few years back we discovered a protein in cells called TFEB, a master transcription factor that stimulates the cell to produce more lysosomes and degrade cellular waste more effectively,” said Sardiello. “So we thought about counteracting the accumulation of cellular waste in Batten disease by acting on TFEB.”

“We and others had found that enhancing the activity of TFEB genetically can help counter the accumulation of cellular waste in different diseases,” Sardiello said. “What was missing was a way to activate TFEB with a drug that in the future could be put in a pill to treat the condition. We focused on investigating how to activate TFEB pharmacologically.”

“We discovered that TFEB is under the control of another molecule called Akt, which is a kinase, a protein that can modify other proteins,” said Palmieri. “Akt has been studied in detail. There are drugs available that can modulate the activity of Akt.”

The researchers discovered that Akt modifies TFEB by adding a chemical group, a phosphate, to it. This chemical modification inactivates TFEB.

“We wanted to inhibit Akt to keep TFEB more active,” said Palmieri. “We discovered that the sugar trehalose is able to do this job.”

“We dissolved trehalose in drinking water and gave it to mice that model juvenile Batten disease,” said Sardiello. “Then, over time we examined the mice’s brain cells under the microscope. We found that the continuous administration of trehalose inhibits Akt and activates TFEB in the brains of the mice. More active TFEB meant more lysosomes in the brain and increased lysosomal activity, followed by decreased accumulation of the storage material and reduced tissue inflammation, which is one of the main features of this disease in people, and reduced neurodegeneration. These changes resulted in the mice living significantly longer. This is a good start toward finding a treatment for people with this disease.”

“We are very excited that these findings put research a step closer to understanding the mechanisms that underlie human lysosomal storage diseases,” said Palmieri.  “We hope that our research will help us design treatments to counteract this and other human diseases with a pathological storage component, such as Alzheimer’s, Huntington’s and Parkinson’s diseases, and hopefully ameliorate the symptoms or reduce the progression of the disease for those affected.”

The study appears in Nature Communications.

This work was supported by NIH grant NS079618, grants from the Beyond Batten Disease Foundation, March of Dimes Foundation grant #5-FY12-114, and a King’s College London Graduate School International Studentship. This project was also supported in part by the Hamill Foundation and by IDDRC grant number 1U54 HD083092 from the Eunice Kennedy Shriver National Institute of Child Health and Human Development (Cores: Mouse Neurobehavior, RNA In Situ Hybridization, and Integrated Microscopy). 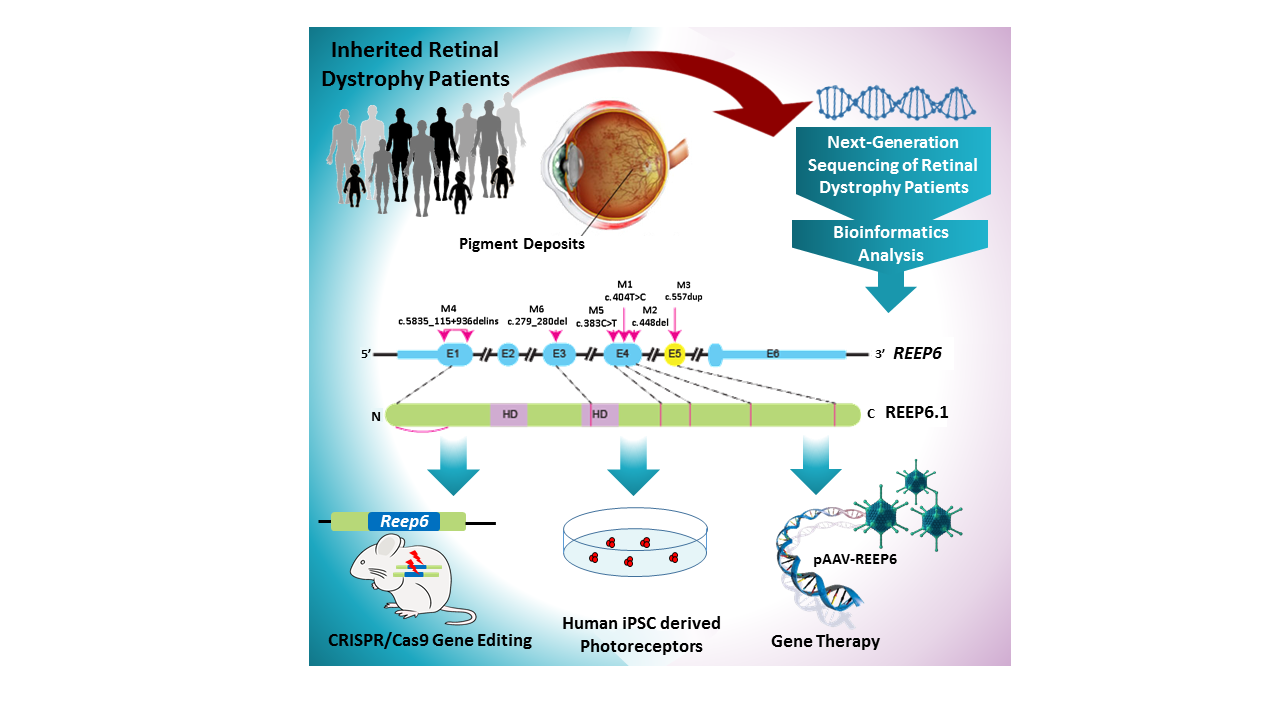 Improving the view on the genetic causes of retinitis pigmentosa