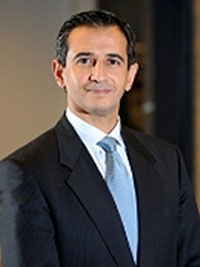 Esophageal cancer is currently increasing at the highest rate of any other cancer in white men, but lifestyle changes and careful monitoring can help reduce risk.

Esophageal cancer is rare in young individuals, with incidence of the cancer peaking at around 70 to 80 years of age, said Dr. Hashem El-Serag, chief of gastroenterology and hepatology at Baylor College of Medicine and at the Michael E. DeBakey Veterans Affairs Medical Center.

The leading risk factors for esophageal adenocarcinoma are obesity and acid reflux.

“Abdominal obesity in particular is associated with an increased risk of Barrett’s esophagus and cancer,” El-Serag said.

The increased pressure due to abdominal heaviness can lead to a hiatal hernia, which occurs when the stomach moves upward and can cause and intensify acid reflux symptoms. Acid reflux can then cause the lining of the esophagus to change appearance to that of the stomach and is referred to as Barrett’s esophagus. Barrett’s esophagus puts a person at greater risk of esophageal adenocarcinoma.

“It’s important to remember that the risk factors (obesity and acid reflux) are potentially modifiable and that Barrett’s is detectable through an endoscopy,” El-Serag explained.

An endoscopy is a way to see the esophagus and take biopsies to look for microscopic changes in the cells that line it. He said abnormal cells are referred to as dysplasia and the risk of developing cancer increases by 5 percent when the cells appear dysplastic.

(Endoscopy is the examination of the inside of the body using a flexible “scope.”)

“People who are obese or have chronic acid reflux should consider having an endoscopy to be screened for Barrett’s or adenocarcinoma,” El-Serag said.

After being screened, patients with no signs of dysplasia are put on surveillance and should receive an endoscopy every three years to monitor for signs of cancer.

There is a treatment option that prevents cancer progression for patients whose endoscopy shows dysplasia. This procedure is called radiofrequency ablation, and it uses heat generated from high frequency currents to destroy precancerous cells.

“Radiofrequency ablation is done endoscopically and has proven to be safe and effective,” El-Serag explained. “Around 86 percent of dysplasia cases treated with radiofrequency do not go on to become cancer.”

El-Serag recently published a review on the rise of esophageal cancer in the New England Journal of Medicine with Dr. Anil K. Rustgi, chief of gastroenterology at University of Pennsylvania Perelman School of Medicine. 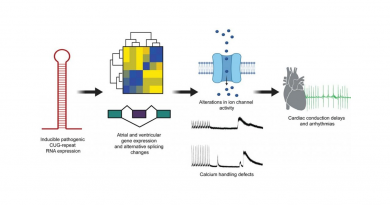 2 thoughts on “Reducing the risk of esophageal cancer”