In clinics, many times you can be left feeling like an idiot. One of those times was on the second day of my outpatient pediatrics rotation. My attending asked me to go examine a young boy who came in with a sore throat. I very cleverly got him to open his mouth and looked at the back of his throat, tongue and tonsils and reported that I thought everything looked normal. Tonsils weren’t inflamed, no erythema (or redness).

As always happens, the attending came in to do his own exam. When you start clinics, this process is nerve wracking because you always feel like you left out something obvious.

And I had. My attending hadn’t looked in the boy’s mouth more than three seconds before he looked up and told me to come look at the roof of the mouth. It was a vivid and deep red, and I wondered how the heck I could have missed such an obvious finding.

Fast-forward a month and I’m rotating on my Pediatric ER rotation. We get a new patient who hadn’t been examined up to this point. He was an 18-month old boy whose parents said had a fever at home and was fussier than usual. I took one look and knew something was different about him. His eyes were more widely spaced than normal. I looked in his mouth with my penlight. Before I stepped back, I knew to be more thorough this time around. There it was. A gaping hole at the roof of his mouth, medically known as a cleft palate. I asked the parents about any genetic conditions and they mentioned that the boy had a genetic disorder called Wolf-Hirschhorn syndrome. I reported this to my resident and we were able to get the appropriate parties involved.

Several months after that, I was on my ER rotation – one of the last rotations I had left. At this point I was far more adept at performing a focused physical exam than when I was on pediatrics. A 40-year old man came in with some shortness of breath and severe nausea, weakness and fatigue. A few more questions and I learned that he was gay and had had unprotected sex with a partner for 10 years before breaking up over a year ago.

With this information, the unfortunate thought of HIV crossed my mind and I knew to examine his mouth thoroughly as part of the exam. Everything seemed clear except for, sure enough, the roof of his mouth which showed a grayish-white plaque. I tried to scrape the lesion with a tongue depressor (knowing that this was how I’d differentiate oral candidiasis from leukoplakia). I took this information to my intern and told him he should do an HIV screen before we present to the attending. It came back positive, and my intern ended up looking like a rock star.

Practicing medicine isn’t about memorizing book facts. It’s about utilizing those teachings to develop instincts. There is no way that – had the 40-year old man with HIV been one of my first patients at the start of clinical rotations – I would have thought to check his mouth so thoroughly, let alone even take a sexual history or scrape the roof of his mouth and run an HIV screen. But I guess that’s why they call it “practicing” medicine. 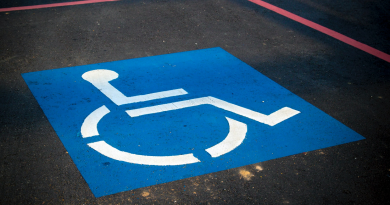 The power of the HPV vaccine