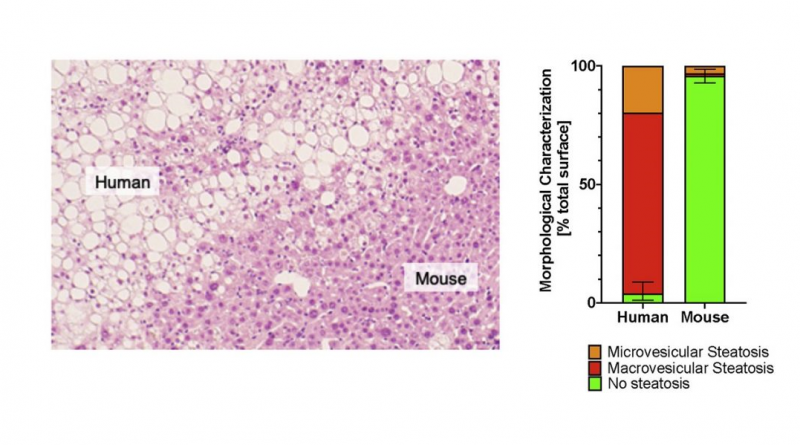 “NAFLD has been difficult to study mainly because we had no good animal model,” said corresponding author Dr. Karl-Dimiter Bissig, who was at Baylor during the development of this project and is now at Duke University.

The disease has both genetic and nutritional components, which have been hard to understand in human studies, and murine models until now had not accurately reflected typical characteristics of human livers with the disease.

“Our goal was to have a mouse model that would allow us to study the disorder and test potential treatments,” said co-first author Dr. Beatrice Bissig-Choisat, assistant professor at Duke University. “Applying our lab’s yearslong expertise developing chimeric mouse models, those that combine both human and murine cells, we developed mice with livers that were part human and part murine.”

The team fed a high-fat diet to the chimeric mice for 12 weeks, then they looked at the livers under the microscope and also studied their metabolic functions and gene expression, comparing them with those of normal mice and of humans with NAFLD.

“We were surprised by the striking differences we observed under the microscope,” Bissig said. “In the same liver, the human liver cells were filled with fat, a typical characteristic of the human disease, while the mouse liver cells remained normal.”

Next, the researchers analyzed the products of metabolism, in particular the metabolism of fats, of the human liver cells in the mouse model and identified signatures of clinical NAFLD.

“For instance, when mice that received human liver cells fed on a high-fat diet, they started to show features of cholesterol metabolism that looked more like what a patient shows than what other previous animal models showed,” said co-first author Dr. Michele Alves-Bezerra, instructor of molecular physiology and biophysics at Baylor. “We made the same observation regarding genes that are regulated after the high-fat diet. All the analyses pointed at cholesterol metabolism being changed in this model in a way that closely replicates what we see in humans.”

The researchers also investigated whether the gene expression profiles of the human liver cells in the chimeric model supported the microscopy and metabolic findings.

“We discovered that, compared to the normal mouse liver cells in our model, the fat-laden human liver cells had higher levels of gene transcripts for enzymes involved in cholesterol synthesis,” said co-author Dr. Neil McKenna, associate professor of molecular and cellular biology and member of the Dan L Duncan Comprehensive Cancer Center at Baylor. “We wanted to see whether this was also the case in human NAFLD livers.”

The team used the web-based platform called the Signaling Pathways Project to create a NAFLD consensome, which surveys previously published clinical studies to identify transcripts whose expression is consistently different between NAFLD livers and healthy ones.

“Using the NAFLD consensome we discovered that, indeed, compared to normal livers, NAFLD livers have consistently higher levels of cholesterol synthesis enzyme transcripts,” McKenna said. “This is additional confirmation of the clinical accuracy of our NAFLD model.”

Together, the microscopy, metabolic and gene transcription evidence support that the chimeric model closely replicates clinical NAFLD. With this model, researchers have an opportunity to advance the understanding and treatment of this serious condition for which there is no effective therapy.

Another important contribution of this work is that it clearly shows that human and murine cells can be quite different in their responses to factors such as diet, and we have to be careful when interpreting mouse studies of human conditions,” Bissig said.

“Here we have a model in which human liver cells respond like in humans. We propose that this model can be used to better understand NAFLD and to identify effective therapies.”

The study appeared in JHEP Reports. 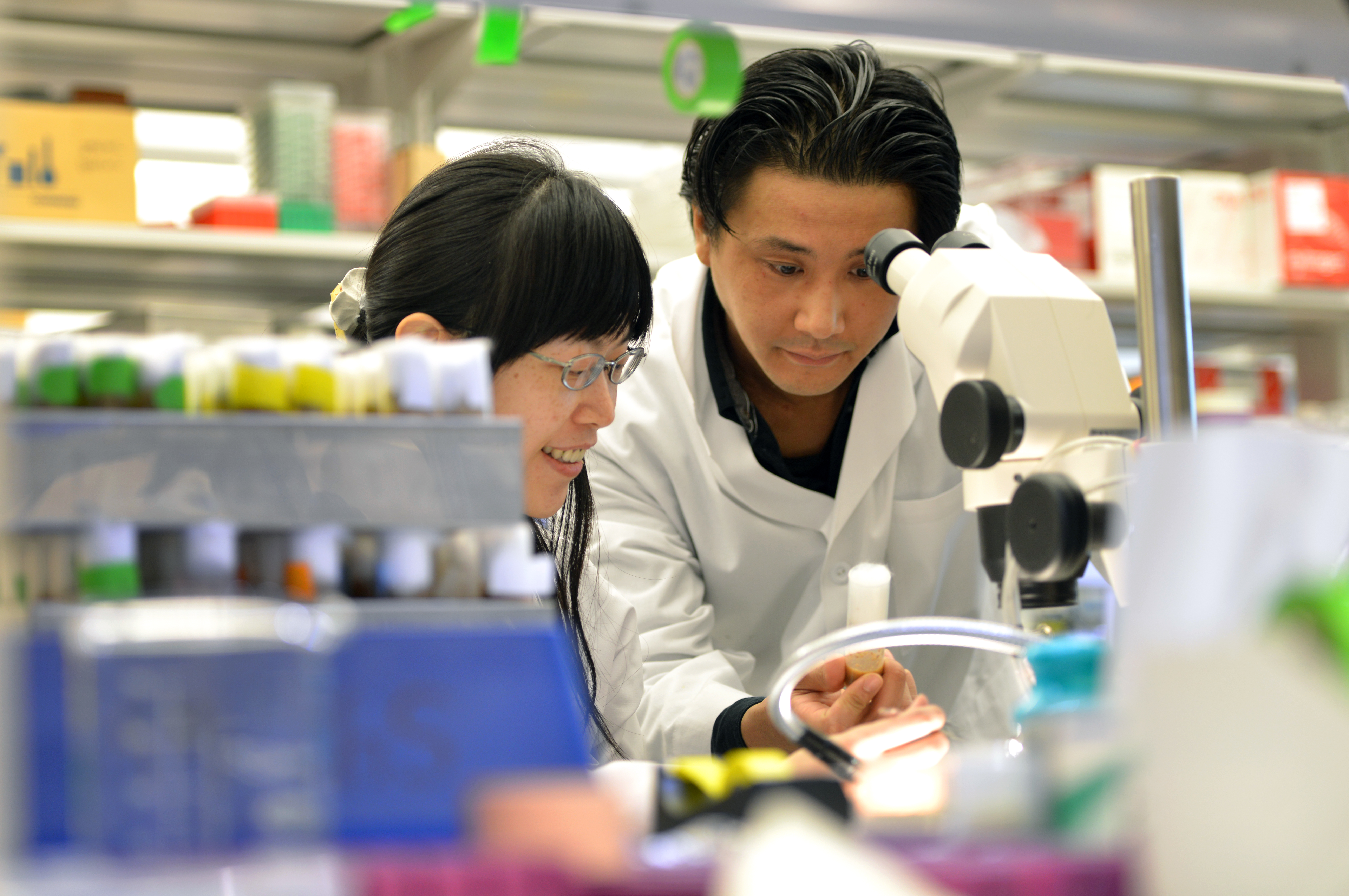