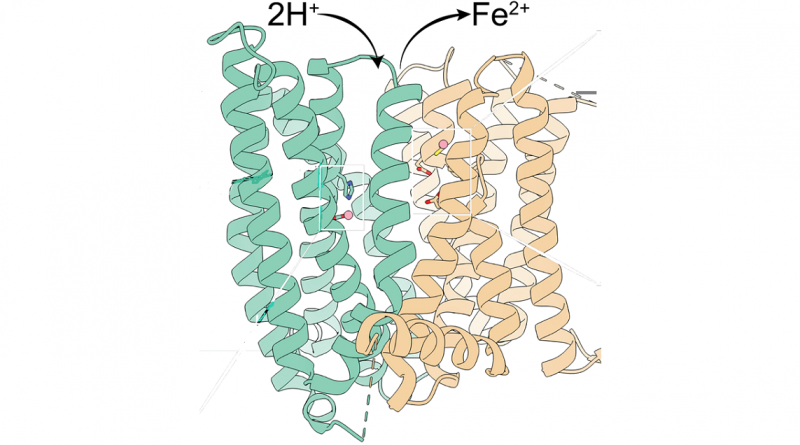 Too much or too little iron in the body can lead to disease but organisms have developed ways to keep iron levels in balance. Ferroportin, the only known iron exporter that releases iron into the blood stream, is a crucial component of iron-balancing mechanisms.

Looking to reach a better understanding of iron regulation, a team led by researchers at Baylor College of Medicine analyzed the 3D structure of a mammalian ferroportin, revealing unexpected characteristics and a novel mode of action that can guide the development of innovative therapeutic strategies. The study appears in Nature Communications.

“More than 60 mutations in the ferroportin gene have been associated with human diseases. Some of those mutations make ferroportin insensitive to hepcidin, a peptide hormone synthesized in the liver that contributes to ferroportin’s regulation,” said corresponding author Dr. Ming Zhou, Ruth McLean Bowman Bowers Professor in Biochemistry and Molecular Biology. Zhou also is a member of the Dan L Duncan Comprehensive Cancer Center at Baylor.

Ferroportin and hepcidin coordinate their activities to keep iron in the body in the right balance. Ferroportin exports iron into the blood, and hepcidin controls that the exports do not exceed the needs. When it does not respond to hepcidin, ferroportin remains active. Consequently, the body is burdened with iron, a condition called iron overload disease.

The researchers studied ferroportin from the primate Philippine tarsier, which is more than 90 percent similar to human ferroportin. Previous studies that looked at bacterial ferroportin and other iron transporters had shown that these proteins have only one iron-binding site, they carry one iron group at a time.

“We began our study assuming that tarsier ferroportin also had one iron-binding site and were quite puzzled by the results of our experiments,” said co-first author Jiemin Shen, graduate student in quantitative and computational biosciences in the Zhou lab.

For instance, the team conducted experiments to determine how altering the iron-binding site would affect the 3D structure of ferroportin. They were intrigued when they found that altering the site did not seem to have much of an effect, the opposite of what they expected.

Once we revealed ferroportin’s structure with cryo-electron microscopy, we realized that it has two iron-binding sites. This was a surprise that explained the data that had puzzled us.”

“We were altering only one site and it seems that the other site was still at work binding iron, so we didn’t see much change on ferroportin’s structure,” Shen said.

A second really exciting discovery was that tarsier ferroportin’s mode of action is different from those reported for other iron transporters,” Zhou said.

“We are using these new structural and functional findings to identify small molecule candidates that can regulate ferroportin. We are also studying human ferroportin,” Zhou said. “This project has good potential for translating the findings to the bedside.”

This work was supported by grants from NIH (DK122784, HL086392 and GM098878), Cancer Prevention and Research Institute of Texas (R1223), Ara Parseghian Medical Research Foundation and the Shirley M. Tilghman endowed professorship from Princeton University. Partial support was provided by the Princeton Center for Complex Materials and the National Science Foundation-MRSEC program (DMR-1420541). 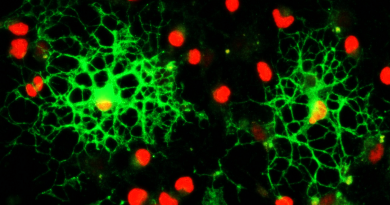