Ruling out psychosis, or the existence of actual ghosts, how do we explain ghostly sightings?

I saw one just after my son was born. To be exact, I ‘felt’ the ghost rather than saw him. ‘Feeling’ someone in the room is such a common occurrence in ghost sightings that it has a clinical name: “feeling of presence,” or FP.

In fact, survey data shows that while 18 percent of Americans say they’ve seen or been in the presence of a ghost, 29 percent say they have felt in touch with someone who has died.

A lightning storm lit up the sky while I sat bleary-eyed in Gabriel’s pitch-black bedroom, breastfeeding him in the armchair at some unknown hour. Then, the sensation descended – not as a possibility, but an absolute certainty, the way you know it’s raining because you are suddenly wet: there was a young man standing next to me.

My eyes scoured the contours of darkness for shapes, silhouettes. Petrified, I felt a maternal sixth sense alerting me to danger. It took every ounce of reason and self-reassurance to return Gabriel softly to bed and close the door, feeling all the while someone was watching us.

I tried to rationalize away the ghost as a manifestation of my anxiety as a new mom. My brain was uncomfortably awash with post-pregnancy neurochemicals responding in exaggeration to mundane stimuli: a baby’s face, a baby’s cry. I lay awake at night after putting Gabriel back to sleep thinking with genuine amazement that women everywhere do this all the time.

The thought astounded me. Why weren’t more new moms jumping from rooftops, or putting their heads in ovens?

Maybe my ghost was a subconscious idiom to express what many new moms feel they can’t: misery. Still, it was hard to “disbelieve” something I could sense almost tangibly.

One study claims to have reproduced a sense of “ghostly” presence in a lab by introducing unpredictability. Subjects, blindfolded and ear-plugged, were attached to a robot that reproduced their hand movements (e.g. tapping the air in front of them) on their backs using a robotic arm. When the arm corresponded in real time to subjects’ movements, they recognized it as produced by them.

But, with a few milliseconds delay, subjects reported feeling an eerie presence in the room. The temporal disconnect mixed up their sensorimotor signals so they no longer recognized the input signals as belonging to their own body. Some subjects were so spooked they opted out of finishing the experiment.

Another researcher proposed that a ‘sensed presence’ can be a reaction to extreme or unusual environments that we are unprepared to process, leading us to focus more within ourselves. In these circumstances (think Shackleton’s failed Antarctic expedition, survived air-crashes, space travel, solitary sailing) it is common to adaptively imagine a third man (as the phenomenon is called) who provides moral support when one needs it the most.

These explanations never made my ghost disappear. But they helped me to reconsider him as something else: a symptom of my feeling fundamentally disoriented, of not knowing what to expect.

And perhaps my ‘third man’ appeared, if not to provide me comfort, then to alert me that things were different now. I’d wandered into an uncharted terrain of sleepless nights, dirty diapers, sterilized bottles and the desperate deciphering of different baby cries. This was my ‘no-man’s land.’

So maybe there’s an ethical imperative to acknowledge that the ghosts we see – or feel – are not leering over our shoulders, but are instead inside our brains: personifications of our attempts to situate ourselves among deep uncertainties. We can become haunted by our own insecurity, in effect, ghosting ourselves.

–By Kristin Kostick, Ph.D., staff scientist at the Center for Medical Ethics and Health Policy at Baylor College of Medicine

The ethics of ‘Tobacco 21’ laws 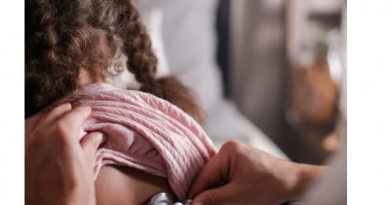 Stuck in the middle: Principles for establishing a pediatric intermediate care unit 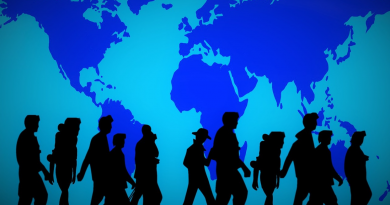 Forced to flee: Barriers to care in local refugee populations

8 thoughts on “Why do people see ghosts?”