Cells may stray away from their normal function in a number of ways. For example, it’s been known for some time that in a number of cancers the surface molecule CD44 seems to be involved with cancer-promoting mechanisms. Studies trying to discover how this happens, however, have yielded controversial results.

In her lab, Dr. Chonghui Cheng is pioneering a new approach to answer key questions in cancer biology, such as the role of CD44. Cheng is an associate professor in the Lester and Sue Smith Breast Center, part of the National Cancer Institute-designated Dan L Duncan Comprehensive Cancer Center.

We are bringing alternative splicing into the field of cancer research,” Cheng said.

“In humans, around 95 percent of all the genes are processed through alternative splicing, and that makes us different from other organisms, such as the well-studied laboratory worm C. elegans with which we have in common essentially the same number of protein-coding genes, around 20,000. The complexity of alternate splicing really contributes to the larger human proteome,” Cheng said.

Back to CD44, RNA transcripts for this gene undergo complex alternative splicing that results in two groups of functionally distinct proteins, CD44v and CD44s. Cheng and her colleagues set out to investigate whether CD44v and CD44s were distinctly associated with two specific mechanisms linked to cancer progression, the PI3K/Akt and the EGFR signaling pathways.

The PI3K/Akt pathway in cancer cells

The PI3K/Akt pathway is always turned on in several types of cancer. In a small number of these cancers, the pathway is constantly activated because of a mutation in the PI3k/Akt complex. In the other cases, there are no mutations in the complex and scientists did not understand what kept the pathway activated.

“Work from our group and others has shown that CD44v proteins are associated with increased MAPK signaling and cell proliferation,” Cheng said. “On the other hand, the CD44s protein has been linked to activation of the PI3K/Akt pathway and to cancer cell resistance to drug-induced death. These and other data suggested that CD44s might be playing a key role in promoting resistance to drug treatment by activating the PI3K/Akt pathway, and we wanted to understand how this could happen.”

In this study, Cheng and her colleagues have discovered a mechanism by which CD44s, but not CD44v, can mediate sustained Akt activation that results in increased cancer cell survival.

Cheng and her colleagues also have shown that CD44s holds a strategic place from which it can influence not only Akt signaling, but also other signaling cascades that are important for cancer cell survival, such as EGFR signaling.

EGFR signaling is a cellular mechanism that is hyperactive in most cases of glioblastoma multiforme and associated with poor prognosis. Treatment with erlotinib attempts to kill cancer cells by inhibiting EGFR signaling, however, the clinical benefit of treatment with this and other EGFR inhibitors has been limited by the development of drug resistance, in part because other molecules can compensate for the lack of EGFR activity.

We have shown in this study that if we remove CD44s, but not CD44v, from the cell surface, we also can reduce the appearance of other molecules that could help cancer cells sustain their growth by compensating for the lack of EGFR activity,” Cheng said.

Importantly from the therapeutic point of view, the researchers also found that removing CD44s from cancer cells in culture and treating them with erlotinib resulted in higher cancer cell deaths than treating with erlotinib alone. Cheng and colleagues anticipate that CD44s might also play a similar role in other types of cancer in which EGFR signaling is involved. This opens the possibility that targeting CD44s could potentially reduce the growth of many types of cancer, not just glioblastoma.

“Researchers have been focused on developing inhibitors of EGRF and related pathways. Instead, we want to find novel approaches to boost the activity of inhibitors already available, and removing CD44s is a good example of how this could be done,” said Sali Liu, a graduate student in the Cheng lab. “Our work suggests that in the future, physicians and scientists might approach cancer treatment in a different way. For example, instead of deciding on a treatment based on the type of breast cancer a patient has, they might choose a treatment in accordance with the type of mechanism that helps this particular cancer grow, regardless of the type of cancer it is.”

“Studying how different proteins produced by alternative splicing might be involved in cancer progression and metastasis offers a new approach to answer crucial questions in cancer biology,” Cheng said.

Read all the details about these studies and a complete list of the contributors and financial support in the Proceedings of the National Academy of Sciences (for the EGFR signaling pathway) and in Cancer Research (for the Akt pathway). 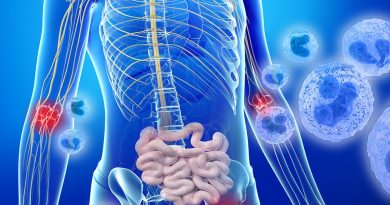 From the labs to patent; osteoarthritis gene-therapy product is moving toward clinical trials 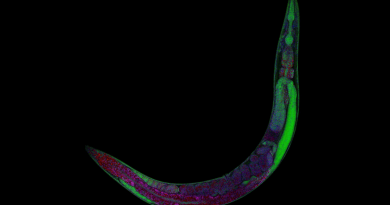 Image of the Month: The laboratory worm, C. elegans 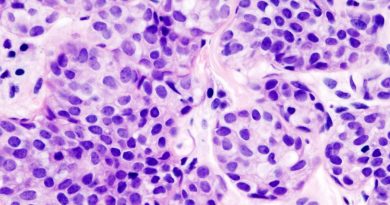