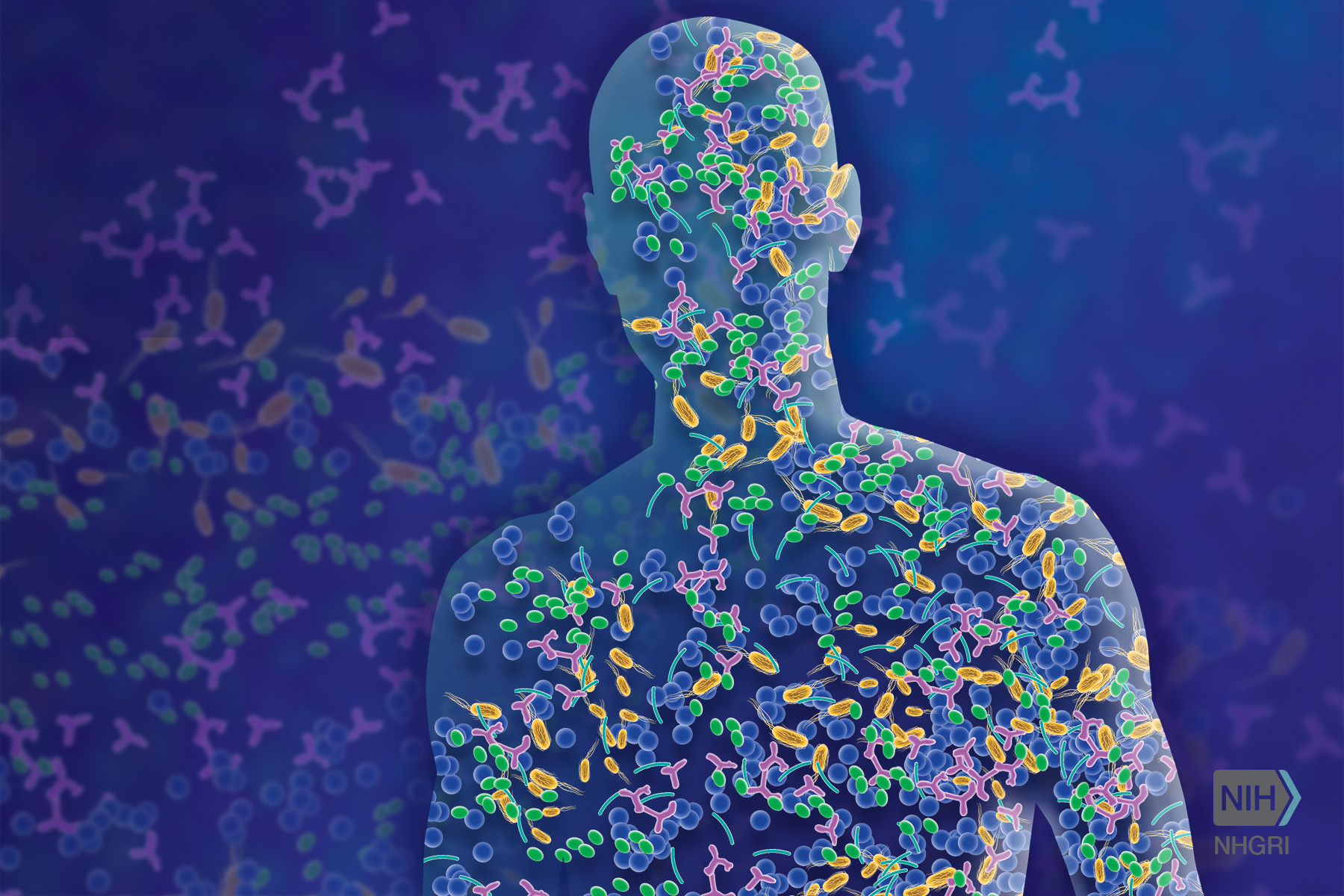 It’s not news that microbes can alter the physiology of the organisms in which they live, but the actual molecular mechanisms that mediate their interactions have been largely unknown. Understanding how microbes and their hosts influence each other’s functions is one of the interests of Dr. Meng Wang.

“Microbes living inside another organism, the host, can respond to changes in the environment, change the molecules they produce and consequently influence the normal workings of the host’s body, including disease susceptibility,” Wang said. “In this study, first author Dr. Chih-Chun Lin and I have dissected for the first time a molecular mechanism by which E. coli bacteria can regulate C. elegans’ lipid storage.

In her lab at Baylor College of Medicine, Dr. Wang works with C. elegans, a laboratory worm model scientists use to study basic biological mechanisms in health and disease.

“This worm naturally consumes and lives with bacteria in its gut and interacts with them in ways that are similar to those between humans and microbes. In the laboratory, we can study basic biological mechanisms by controlling the type of bacteria living inside this worm as well as other variables and then determining the effect on the worm’s physiology,” Wang said.

In this study, Wang and Lin compared two groups of worms. One group received bacteria that had been grown in a nutritionally rich environment. The other group of worms received the same type of bacteria, but it had grown in nutritionally poor conditions. Both groups of worms received the same amount and type of nutrients, the only difference was the type of environment in which the bacteria had grown before they were administered to the worms.

To pinpoint which of the nutrients that were missing in the nutritionally poor environment could be the link to the differences in the worm’s body fat, the researchers carried out more experiments. They determined that only the lack of the amino acid methionine triggered the bacteria to adapt by producing different compounds that then initiated a cascade of events in the worm that led to extra fat accumulation. In addition, the researchers observed that the tissues showing extra fat accumulation also had their mitochondria fragmented. The activities of the mitochondria – the balance between their fusion and breaking apart – are known to be tightly coupled with metabolic activities.

A mechanism that reveals unsuspected connections

The researchers found that the bacteria were able to trigger mitochondrial fragmentation and then extra lipid accumulation because the molecular intermediates the bacteria had triggered allowed them to ‘establish communication’ with the mitochondria.

“We have found evidence for the first time that bacteria and mitochondria can ‘talk to each other’ at the metabolic level,” Wang said.

Bacteria and mitochondria are like distant relatives. Evolutionary evidence strongly suggests that mitochondria descend from bacteria that entered other cell types and became incorporated into their structure. Mitochondria play essential roles in many aspects of the cell’s metabolism, but also maintain genes very similar to those of their bacterial ancestors.

“It’s interesting that the molecules bacteria generate can chime in the communication between mitochondria and regulate their fusion-fission balance,” Wang said. “Our findings reveal this kind of common language between bacteria and mitochondria, despite them being evolutionary distant from each other.”

Some components of this common language involve proteins such as NR5A, Patched and Sonic Hedgehog. The latter is of particular interest to the researchers because it has not been involved in regulating lipid metabolism and mitochondrial dynamics before.

“Microbes in the microbiome can affect many aspects of their host’s functions, and here we present a new molecular mechanism mediating microbe-host communication,” Wang said. “Having discovered one mechanism encourages us to investigate others that may be related to other physiological aspects, such as the stress response and aging, among others.”

Read all the details about this study in Nature Cell Biology.

Dr. Meng Wang  is an associate professor of molecular and human genetics at Baylor and the Huffington Center On Aging.

For more information about this and other research at the Wang lab, visit its website.

This project is supported by the National Institutes of Health grants R01AG045183, R01AT009050, DP1DK113644 and grants from the Howard Hughes Medical Institute. It also is supported in part by a training fellowship from the Burroughs Wellcome Fund and The Houston Laboratory and Population Science Training Program in Gene-Environment Interaction of the University of Texas Health Science Center at Houston (BWF Grant 1008200).