Determining the cause of infertility can be a complex matter. Infertility may be the result of a problem in one or several of the multiple steps involved in the process that leads to pregnancy. In the United States, according to the Centers for Disease Control and Prevention, as many as 7.5 million women 15 to 24 years of age are unable to get pregnant.

“We genetically engineered mice to lack Gata2 in the uterus,” said senior author Dr. Francesco DeMayo, adjunct professor of molecular and cellular biology and pediatrics at Baylor. “The result was that the mice were infertile; their uteri were not able to respond to progesterone.”

“What was most exciting about the project was that we were initially expecting Gata2 to have a role after progesterone had interacted with its receptor in the uterus,” said co-first author Dr. Cory Rubel, who was a graduate student in the DeMayo Lab when he was working on this project. He currently is a professor at Rose State College. “What we ended up revealing was that Gata2 acts very early in the progesterone cascade of events, triggering the uterus’ ability to respond to progesterone and also participating in subsequent connected events.”

In addition, the researchers discovered that Gata2 can protect the uterus from the cancer-causing effects of estrogen, a female hormone that normally promotes the development and maintenance of female characteristics.

When the uterine epithelium changes from having a simple structure to a layered or stratified one, estrogen can trigger a process that may lead to cancer.

“By preventing the transformation of the uterine epithelium from a simple to a layered structure, Gata2 may protect the uterus from the cancer-causing effects of estrogen,” said DeMayo.

These results are relevant to human female fertility. DeMayo and colleagues used bioinformatics analysis to show that the biochemical pathways regulated by Gata2 in the mouse also are present in the human uterus.

“These results have encouraged us to continue our studies to better understand how Gata2 interacts with the network of genes that regulate uterine function,” said DeMayo. “We think that this work might open new opportunities to design future treatments for female infertility and uterine cancer.”

The study appears in Cell Reports.

Other contributors to this work include San-Pin Wu, Lin Lin, Tianyuan Wang, Rainer B. Lanz, Xilong Li, Ramakrishna Kommagani, Heather L. Franco, Sally A. Camper, Qiang Tong, Jae-Wook Jeong and John P. Lydon. These researchers are affiliated with one or more of the following institutions: Baylor College of Medicine, the National Institute of Environmental Health Sciences, the University of California at San Francisco, Michigan State University and the University of Michigan.

This research was supported in part by the Intramural Research Program of the National Institute of Environmental Health Sciences project Z1AES103311-01, the National Institutes of Health grants R01HD042311, R01HD057873, R01CA77530, U54HD0077495, U54HD055787 and U54HD28934 (University of Virginia Center for Research in Reproduction Ligand Assay and Analysis Core) through a cooperative agreement as part of the Specialized Cooperative Centers Program in Reproduction and Infertility Research.

CadA shields help amoebae survive in more than one way 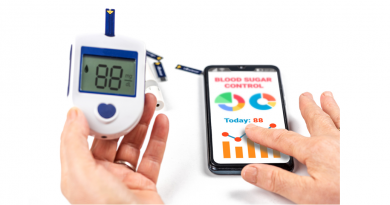