Two interconnected brain areas – the hippocampus and the entorhinal cortex – help us to know where we are and to remember it later.  It is still not clear, however, how these two regions work together to allow us find our way back to a familiar place.

To answer that question, researchers at Baylor College of Medicine, Rice University, The University of Texas MD Anderson Cancer Center and the National Cancer Institute have developed a new experimental system to explore how dysfunction of this circuit may contribute to memory loss, such as that experienced in Alzheimer’s disease. Their results appeared July 19 in Cell Reports.

“We created a new mouse model in which we showed that spatial memory decays when the entorhinal cortex is not functioning properly,” said co-corresponding author Dr. Joanna Jankowsky, associate professor of neuroscience at Baylor. “I think of the entorhinal area as a funnel. It takes information from other sensory cortices – the parts of the brain responsible for vision, hearing, smell, touch, and taste – and funnels it into the hippocampus. The hippocampus then binds this disparate information into a cohesive memory that can be reactivated in full by recalling only one part.  But the hippocampus also plays a role in spatial navigation by telling us where we are in the world.  These two functions converge in the same cells, and our study set out to examine this duality.”

Brain activity in the hippocampus changes after silencing the enthorinal cortex

“We know that the hippocampal neurons generate pulses of activity when the animal is in a particular space,” said co-corresponding author Dr. Daoyun Ji, assistant professor of molecular & cell biology at Baylor.

To measure the electrical activity in the hippocampus, the researchers inserted tiny probes – thinner than a human hair – into the brains of mice.

“We inserted the probes into the hippocampus where they could detect the electrical signal generated by active neurons.  We recorded this signal while the animal explored its surroundings. As the mouse learned its environment, we picked up the electrical pulses produced by the neurons – up to 50 neurons simultaneously – so that we could examine the pattern that emerged. When the animal was in one area of the room, a particular brain pattern emerged. The pattern changed as the animal moved to another area. We could predict where the animal was by looking at its pattern of brain activity,” said Ji.

When the researchers turned off the entorhinal cortex with ivermectin, they saw the pattern of electrical signals in the hippocampus changed.  Signals that had previously been associated with a particular location now became active in a different part of the room. “We found that the hippocampus had been remapped, the memory code was scrambled,” said Ji. But would mice whose mental map had rearranged itself also lose their memory for the location they learned before re-mapping?

To answer this question, the researchers trained mice to use visual clues to find a hidden escape platform submerged in a water maze. Then, some of the mice received ivermectin to inactivate the entorhinal cortex, while others did not.

“The mice had been trained for 7 to 10 days, so they knew where to go to escape the pool. But when we turned off the entorhinal cortex, their hippocampal map got scrambled and the animals couldn’t remember how to exit the pool,” said Ji.

“Our findings put us one step closer to understanding how our hippocampus may be required not only to learn a new environment, but also to remember it later,” said Jankowsky.

“The system we used to silence neurons with ivermectin adds to a growing set of genetic tools created over the last 10 years to probe brain function.  Because ivermectin is both safe and inexpensive, this particular system can be used for longer periods of inactivation appropriate for studying chronic conditions such as Alzheimer’s or Parkinson’s. That’s the thing I am most excited about with this work,” said Jankowsky.

This work was funded by a National Institutes of Health Director’s New Innovator Award (DP2 OD001734, R21 MH101583, T32 AG000183), BrightFocus Foundation postdoctoral fellowship A2015016F, a gift from the Gillson Longenbaugh Foundation, and seed funds from Baylor College of Medicine were supported by the Intramural Research Program of the NIH, the National Cancer Institute and the Center for Cancer Research. 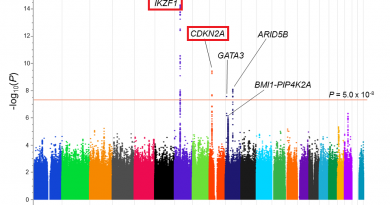 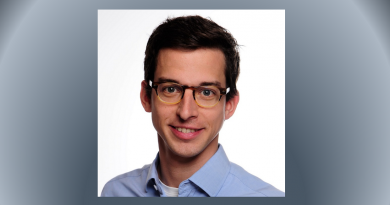