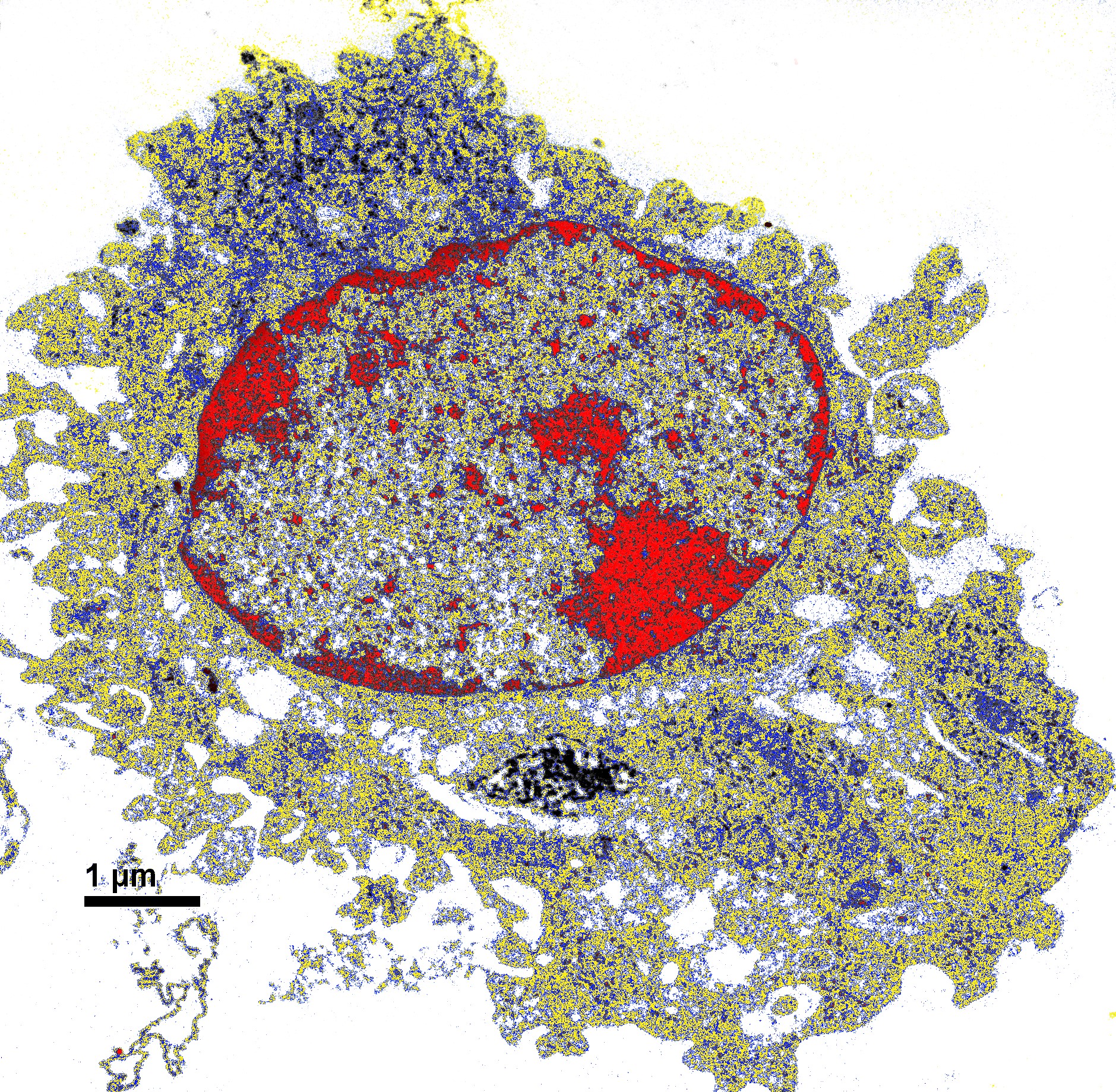 Autopsies on smokers who died with severe emphysema reveal lungs that are black in appearance. These emphysematous lungs strain breathing structures and ultimately other organs. Until recently, researchers and physicians could only guess at the composition of the material that gave the black color to the lungs of smokers.

In two seminal papers – one in the online publication eLife and the journal Nature Immunology – researchers led by Drs. David Corry and Farrah Kheradmand, both of Baylor College of Medicine, identify that black material as mostly insoluble nanoparticulate carbon black, tiny specks that result from the incomplete combustion of organic material, such as tobacco. The particles average between 30 and 40 nanometers in size.

Nanometers are indescribably small. A human hair has a diameter of about 100,000 nanometers.  A nanometer is many times smaller than a red blood cell, a bacterium, a virus and even smaller than a cell membrane. These nanoparticulates of carbon black are about half the width of the membrane that surrounds a cell.

When Kheradmand, professor of medicine – pulmonary at Baylor, and her colleagues, including Corry, studied the lungs of mice exposed to cigarette smoke and human smokers with emphysema, they found that this black material accumulates in the dendritic cells of humans and in the antigen-presenting cells of mice. (Dendritic cells are a type of human antigen-presenting cell.)

She and Corry sent samples of the black material found in the cells to their major collaborator, Dr. James Tour, professor of chemistry, computer science, materials science and nanoengineering at the Rice University Smalley Institute for Nanoscale Science and Technology, who identified the material as the nanoparticulate carbon black.  Ran You, a graduate student in Kheradmand’s lab then introduced pure nanoparticulate carbon black, roughly the amount found in the lungs of human smokers, directly into the noses of mice and found that it caused the animals to develop emphysema, proving the danger of this material.

The finding is important because the composition of the black matter was unknown in the past. Past researchers had theorized that it was tar, aluminum and other dark pigments. While it seemed obvious that it would be a form of carbon, studies of the temperatures of burning cigarettes show that they were 800 to 920 degree Centigrade (1472 degree Fahrenheit to 1688 degrees F) during inhalation – high enough to create the nanoparticulate carbon black.

Not limited to tobacco smoke

Tour emphasizes that the finding is not limited to tobacco smoke. Many products, such as tires, contain significant amounts of nanoparticulate carbon black.

“I am concerned about how this affects industry,” said Tour. “It is going to have to change.” He said workers could be affected when working in these industries that use carbon black, such as the rubber and plastics industry. “As it gets into the air, for example through tire-tread wear, it could affect the public as well, and it is imperative that risk-assessments be conducted.”

Kheradmand and her graduate student Ms. Ran You found that this form of carbon black caused double-stranded breaks in the cell’s DNA, a state that is very difficult to repair, and activates T helper 17 cells, inducing chronic inflammation in the lungs.

“We showed that it’s dose dependent,” she said. “The more you have, the worse it is. It is also size dependent. The bigger particles do much less damage.”

“You never get rid of this stuff,” said Corry, professor of medicine and chief of the division of immunology, allergy and rheumatology at Baylor. “It will be important to conduct further studies to fully assess the spectrum of health-risk profile”.

In the eLife article, the authors wrote: “These findings largely explain the persistent and incurable nature of smoking-related lung disease. Because no medical means of removing accumulated lung nCB (nanoparticulate carbon black) exists, our findings underscore the need for all individuals and societies to minimize the production of and exposure to smoke-related particulate air pollution and industrial nCB.”

In the article in Nature Immunology, Corry builds on the findings in eLife, studying the role of microRNA-22 (miR-22) as a link in the chain from exposure to the carbon black to development of emphysema.

“We used to think of these tiny pieces of genetic material as junk,” said Corry. “Now we know that they are off-switches for protein coding genes.”

Previous studies had found that the microRNA was present at increased levels in the dendritic cells in the lungs of smokers with emphysema. Corry and his colleagues also found them in the antigen-presenting cells of mice exposed to tobacco smoke or nanoparticulate carbon black.

Mice that lack this microRNA do not develop emphysema and have a reduced T helper 17 cell response. When Corry and first author Wen Lu, a graduate student in immunology, sought to determine how the microRNA worked, they found histone deacetylase 4, a protein that plays a role in the regulation of DNA transcription, cell cycle and development. When microRNA-22 is missing, this protein increases. This histone deacetylase suppresses a protein called interleukin-6, which is key to the production of the T helper 17 cell response.

“This could be a therapeutic finding,” said Corry. “We could design drugs to inhibit the microRNA through inhalation.”

Those who took part in the research described in Nature Immunology include Lu, You, Antony Rodrigues and Tianshu Yang, all of Baylor; Samuel, Marcano and Sikkema of Rice. Corry, Kheradmand and Tour were authors on both reports.

Corry holds The Cullen Trust for Health Care Endowed Chair in Immunology and Kheradmand holds the Nancy Chang, Ph.D. Endowed Professorship for the Biology of Inflammation Center at Baylor. 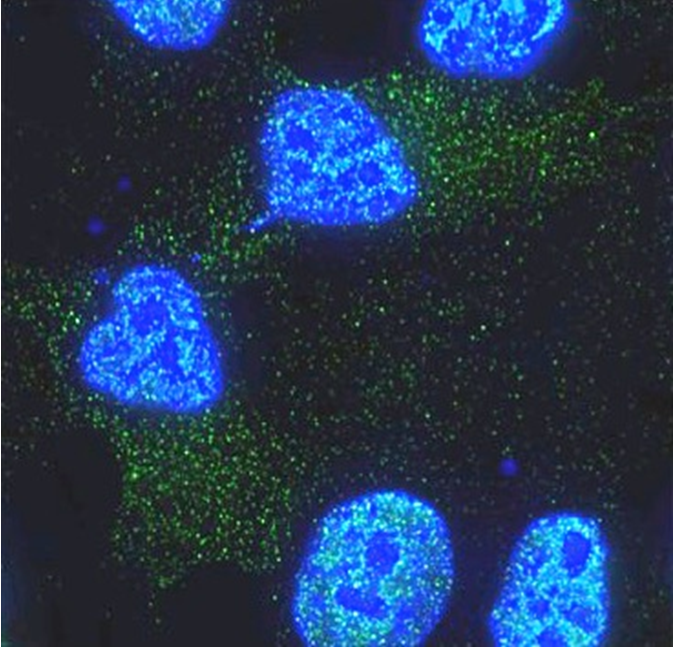 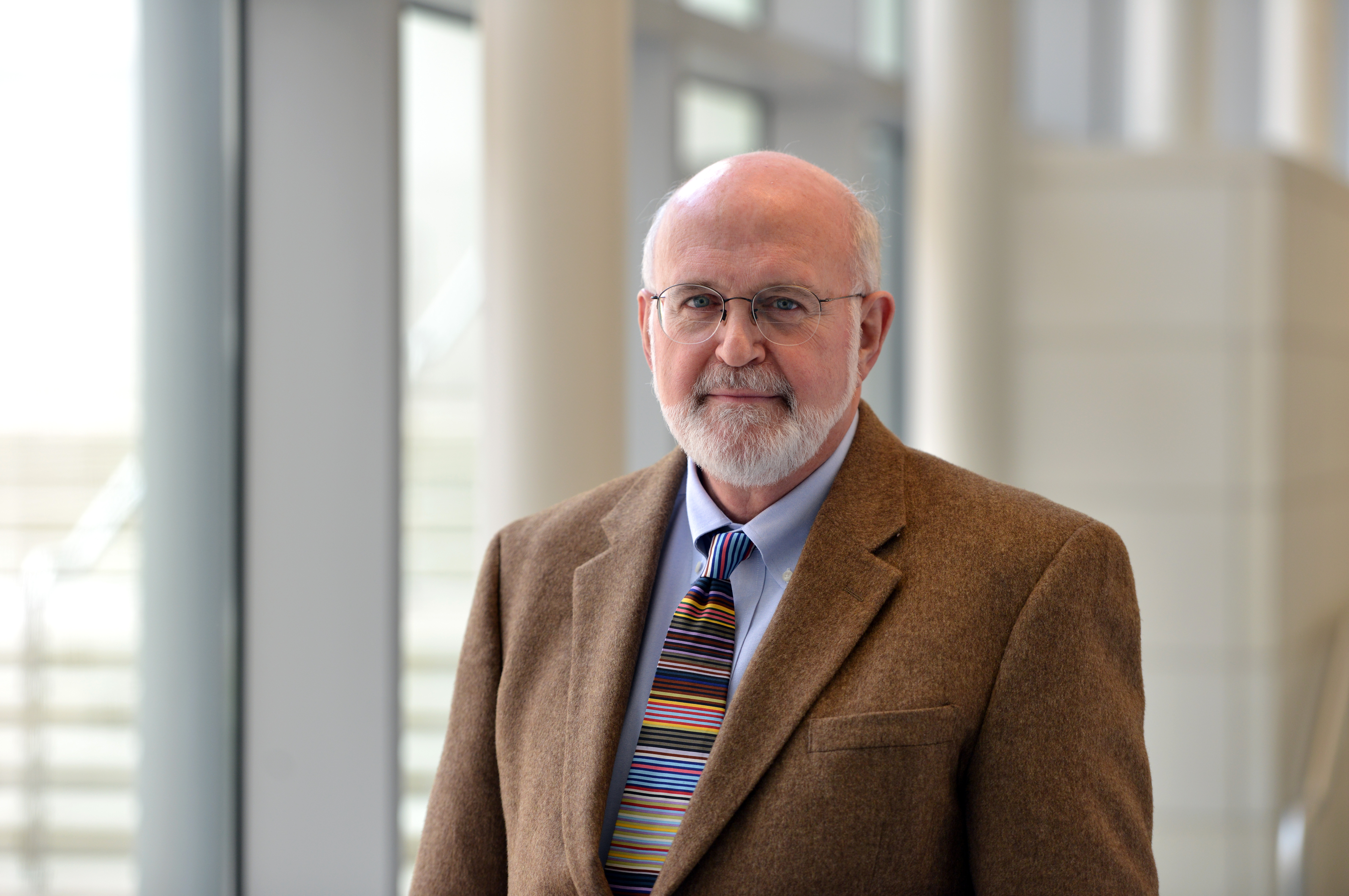