Ever wonder how diseases or disorders get their names? Why aren’t diseases caused by gene mutations named after the gene involved?

As so many stories do, it began with a single child whose parents sought an answer to his physical and cognitive problems for years. Many of his problems seemed similar to those of a disorder called Prader-Willi syndrome, which is identified by cognitive problems, early feeding problems superseded by an insatiable appetite and obesity that begins later in childhood. Schaaf was asked to assess the patient, and whole genome sequencing was ordered, which identified a single letter change or point mutation in the gene MAGEL2. Schaaf was struck by that finding, as MAGEL2 is one of the genes in the area that is critical for Prader-Willi syndrome, the condition that had been suspected in his patient for many years. But his patient had a single letter misspelling rather than a whole chunk of chromosome material missing, which is the most common cause of Prader-Willi syndrome.

Prader-Willi syndrome is a classic genetic disorder, as it illustrates a phenomenon referred to as “imprinting,” by which certain genes are expressed depending on whether they are on the copy of the gene that was inherited from the mother or the one that was inherited from the father. In the case of Prader-Willi syndrome, the child has disorder only when the critical information is lost on the paternal chromosome. As MAGEL2 is one of those imprinted genes, it was important for Schaaf to find out whether the mutation was on the paternal copy of the gene. Indeed it was.

As Schaaf and Yang found more children with MAGEL2 mutations, they began to understand better the spectrum of problems associated with the disease.

As parents of children with the disorder started to get in touch with one another, the disorder needed a name. Schaaf would call it “Prader-Willi-like syndrome”, in lack of a better word. But he faced a lot of resistance, as Prader-Willi experts felt that a condition that did not cause the overeating and obesity should not be considered “Prader-Willi-like.”  Schaaf suggested “MAGEL2 associated disorder” as an alternative. Others suggested that Schaaf and Yang should call it after themselves, as many such disorders are named after the ones who first described the condition. Schaaf and Yang resisted doing so.

But who names newly discovered disorders? In the world of genetics, OMIM often does. OMIM stands for “Online Inheritance in Man,” which is a comprehensive, authoritative compendium of human genes and genetic phenotypes that is freely available and updated daily. “The people at OMIM said it should not be named after the gene because of two reasons. First, one gene can cause a number of diseases, so that could lead to confusion. Second, gene names change from time to time, and then one would have to change the name of the disease as well,” said Schaaf. In the end, the OMIM decided the name for them: Schaaf-Yang syndrome.

“The disease is in the same family as Prader-Willi syndrome. One could also say that is an important differential diagnosis of Prader-Willi syndrome, especially in the first year of life,” said Schaaf. “Having a name for the disease helps people connect, especially with social media making this so easy. Parents of affected children are starting to get in touch with one another.”

One mother, seeing a picture of another child’s hand, was struck by the similarity, he said. That was a kind of kinship she did not expect.

Another set of Baylor researchers who have had a disorder named for them is Dr. James Lupski, vice chair of molecular and human genetics, and Dr. Lorraine Potocki, professor of molecular and human genetics. The disorder Potocki-Lupski syndrome is a developmental disorder characterized by poor muscle tone, failure to thrive, severe cognitive delay, pervasive developmental disorder and congenital anomalies.

The Genetics Home Reference notes that genetic conditions are not named in one standard way. Often the name comes from a variety of sources, including the genetic or biochemical defect that causes the disorder, a sign or symptoms of the problem or the part of the body affected. Sometimes, the name comes from the geographic area where the disorder is found or the name of a patient or family with the condition. Naming the disease after the scientist/physician who first recognizes it is also a common decision. 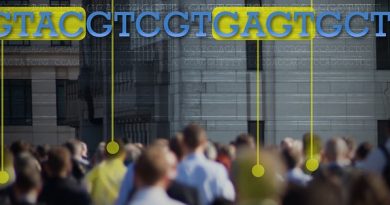 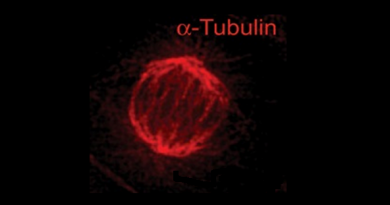