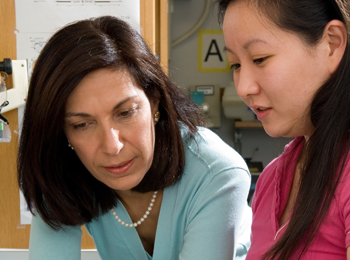 Immigrants make the journey to the United States for a number of reasons.  For physician and medical researcher Huda Zoghbi, her journey began with a dangerous war that left her no choice.

Growing up in Beirut, Lebanon, Huda could not have been any happier.  The city’s peaceful and vibrant atmosphere in the 1970s was inviting for tourists, and as Huda remembers, “It had just peaked to be a very fun, international city.”  It was a good time to start her undergraduate studies at the American University of Beirut (AUB); just as the city was gaining an international following, the same was happening at the university.  “That was really my first experience with interacting with people from around world, so it was a wonderful time,” says Huda. 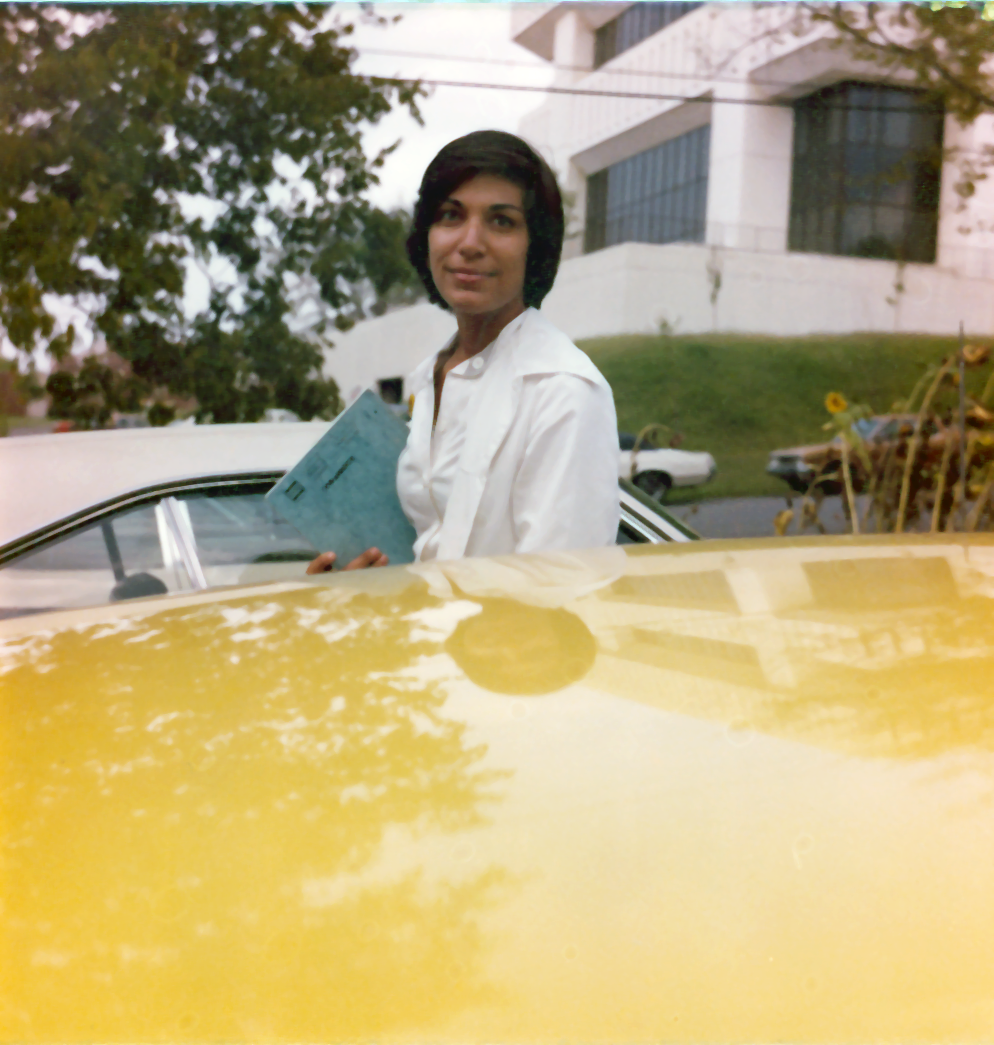 At the end of her junior year, Huda was accepted into the medical school at the university.  “We had great professors.  Some were American and some were Lebanese and some were from other countries.”  Despite the idyllic setting, the eruption of the Lebanese civil war in the middle of her first year of medical school changed everything.  “It was the best of times, but sadly, quickly turned to the worst of times,” says Huda.

With the war raging in the midst of the city, it was impossible for students to commute between home and school, even though most lived within two miles of the university. The medical students were resilient, though, and pushed to keep the school open.  They lived in the basement of the medical research building and traveled to the hospital for meals by way of an underground tunnel; life, and the school year, went on.

When Huda returned home at the end of the school year, however, her parents felt it was too dangerous to stay in Lebanon. The family decided that the three children — Huda and her younger brothers — were to pack up and head to Texas, where their older sister lived, to get away from the war, if even just for a summer.  It was the first time that Huda had ever visited the States, and it was not an easy trip out of Lebanon; the trip to Texas took the family about three weeks, as they were unable to travel directly to the U.S.

The summer in the U.S. came to an end, but the war in Lebanon was only escalating.  By October, it had become clear that there was no way to get back into Lebanon and Huda and her siblings had no choice but to stay in the States.  Huda’s younger siblings were enrolled into American schools, but her situation was more complicated.  She was a year into medical school already, and it was—and still is—very difficult to transfer into an American medical school.  She was also two months behind the school year.

After a couple of frantic but unfruitful weeks of applying to American medical schools, Huda was finally accepted to the Meharry Medical College in Nashville, Tennessee.  “I bought all the needed books and the next day showed up in school, and in one of the classes the professor says, ‘Great, see you tomorrow; don’t forget, tomorrow is the first-quarter exam.’”  Huda’s memories of that very long school year mostly involve studying and crying. After that year, she went back home hoping to finish her medical studies at AUB.  Her professors, however, talked her into staying and finishing her medical education at Meharry, given the war and uncertainties in Lebanon.

With her hybrid background of schooling, finding a residency would prove to be another challenge.  Luckily, Ralph Feigin, a young chairman who would later became the president and CEO of the Baylor College of Medicine, saw something in Huda that other schools overlooked.  “He called me in to his office and said, ‘Huda, what can I do to get you to come here?’[with] a big smiley, cheerful face,” Huda says.  After months of being rejected from one institution after another, Huda finally had an option that felt like home.

Over the years, Huda developed a fantastic relationship with Dr. Feigin.  “I considered him my American father,” Huda says. To this day, Baylor College of Medicine is Huda’s home base, and now she is a professor of pediatrics, molecular and human genetics, and neuroscience.

During her residency at the Texas Children’s Hospital, Huda quickly became an expert in the field of Rett syndrome—all through chance.  It began with an article in Annals of Neurology describing patients with the syndrome and Huda’s encounters with two patients with symptoms of the rare disorder.

Rett syndrome is a postnatal neurological disorder, first recognized in infancy and almost always seen in girls.  It causes disruptions in brain function that can lead to problems with cognitive, emotional, autonomic, and motor functions.  Patients with the disorder suffer from impairment of speech, mood, movement, breathing, chewing, and digestion.

After those first two patients, Huda began to look back into the medical records at the clinic, trying to find similarities in previous patients, and identified a few who had previously been undiagnosed.  She published her first clinical research paper on the disorder in the New England Journal of Medicine in 1985.  Following that, many families brought their girls with Rett syndrome to the same clinic; after treating them, Huda was inspired to pursue the genetic cause of Rett syndrome and to train as a genetics researcher under the mentorship of Arthur Beaudet.

Although training as a genetics researcher brought Huda’s main focus away from Rett syndrome, she never forgot the disease.  She returned to studying the disease during what little spare time she had as a postdoctoral fellow, and when she assumed an independent position as a researcher at the Baylor College of Medicine, she was thrilled to devote more of her attention to it.

Her dedication has paid off; Huda’s lab is behind many discoveries that have shed light on Rett syndrome.  Most notably, the lab identified mutations in the gene MECP2 as the underlying cause of the syndrome.  “MECP2 is a gene that encodes a protein whose activity is critical for the normal functioning of mature neurons in the brain,” Huda says.  It also acts as a biochemical switch for regulating genes involved in neurological functions, and dysfunction of MECP2 can result in the abnormal expression of other genes.

Because MECP2 is on the X chromosome, this proves that the disorder is X-linked.  This discovery explained why the disorder is usually found only in girls.  When boys are born with an inactive form of MECP2, they die shortly after birth.  Girls are able to survive, as they are born with two X chromosomes and thus have one healthy copy of the gene in half of their cells.

Huda’s success in this area, as well as her work on inherited balance disorders and cerebellar development, has earned her a lot of well-deserved recognition.  Amongst many other honors, she has been a Howard Hughes Medical Institute Investigator since 1996 and was elected as a member of the National Academy of Sciences in 2004.  In 2009, she was the recipient of the Vilcek Prize for Biomedical Science, and most recently, Huda was named the recipient of the 2014 March of Dimes Prize in Developmental Biology.  Despite all the accolades, she makes it clear that she has had the support of mentors, collaborators, and her family along the way.  When asked about the March of Dimes prize, she says, “It’s really a prize that honors all these people.”

To this day, Huda still works hard to honor the legacy of her mentors, Drs. Feigin and Beaudet, and all of those who have helped her along the way.  Starting a fund at the Jan and Dan Duncan Neurological Research Institute is just one of the ways that she plans on doing that.  Her hope for the fund is to help female post-doctoral fellows pursue bold ideas.  “If I can do that once every year for a female post-doc, I figure it would be the best way to really honor my patients, mentors, collaborators, and trainees who really have been wonderful,” Huda says. 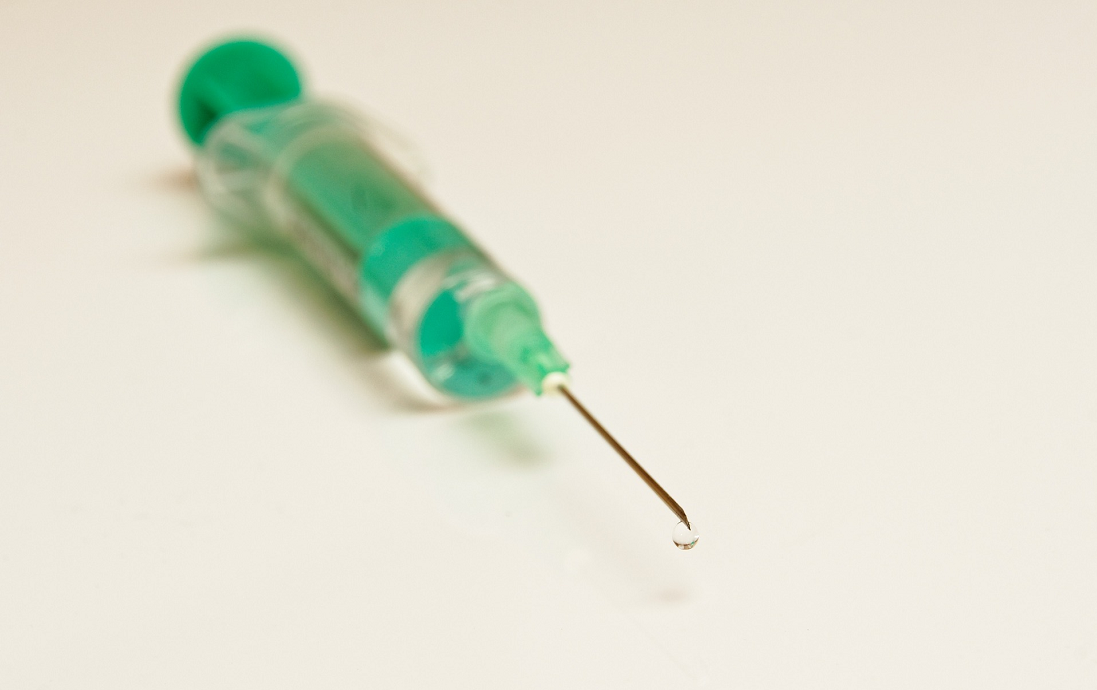 Vaccines and autism: Next question, please! 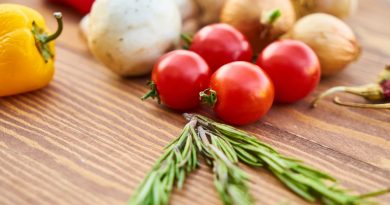