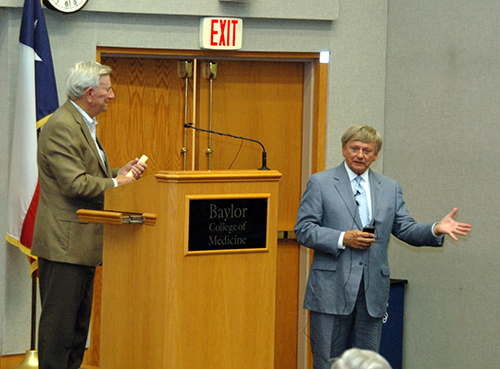 On television crime dramas, DNA evidence can make it seem like a sure fire open and shut case. The narrative is so pervasive it’s hard to believe more than 25 years ago DNA evidence wasn’t used in criminal court proceedings.

Houstonians Rusty Hardin and Dr. Tom Caskey – famed experts in their respective fields of law and genetics – would not only make history in Texas, but establish an effective way to use DNA as evidence in criminal court proceedings.

Hardin and Caskey, now close friends and neighbors, reflected on this case and its impact in a special lecture event at Baylor College of Medicine. Organized by the Houston Forensic Science Center, the lecture event was held in recognition of the Second Annual National Forensic Week.

The case in question was the trial of a man who raped and killed elderly women. Though Hardin and his team had a suspect, the lack of hard evidence put them in a tough spot as they prepared for trial.

Jim Yarbrough, one of the investigators with the Houston Police Department, who also attended the event, said he had read about an English geneticist who used DNA as evidence to solve a crime.

Since no government DNA labs existed in the United States in the late 1980s, Yarbrough sent the suspect and victim’s DNA samples off to two of the only known commercial labs in the country. The labs confirmed what the team suspected, and the DNA evidence held up in court.

But Hardin needed an expert witness to explain this to the jury, to which the geneticist from England said “one of the best experts you will ever find is already in Houston.”

That expert was Caskey, then head of the molecular genetics program at Baylor. It would be his first experience as an expert witness.

Caskey recalled that he took on the difficult questions from the jury, and Hardin ultimately won the case. It was not only the the first case in Texas to use DNA as evidence, Caskey said it also jumpstarted his interest in forensic science.

“This technology has been accepted worldwide as a standard for forensic analysis,” said Caskey, who would be asked time and time again to serve as an expert witness.

He eventually patented the technology. All money from the patents goes to support the Medical Scientist Training Program at Baylor.

“I was sick of getting the question from defense attorneys about how I benefitted financially from this technology,” said Caskey.

The technology was also used to identify casualties of the first Gulf War in the early 1990s, with the studies conducted in Caskey’s lab at Baylor.

Dr. Dan Garner, an established leader in building and improving forensic laboratories in both government and commercial environments, and current president and CEO of the Houston Forensic Science Center, helped Caskey’s team obtain the Department of Defense funding to conduct the studies.

“We completed 34 cases working through the night in a single day,” said Caskey. “This was the first validation of the technology now accepted worldwide.”

This story originally appeared in the September issue of BCM Family. 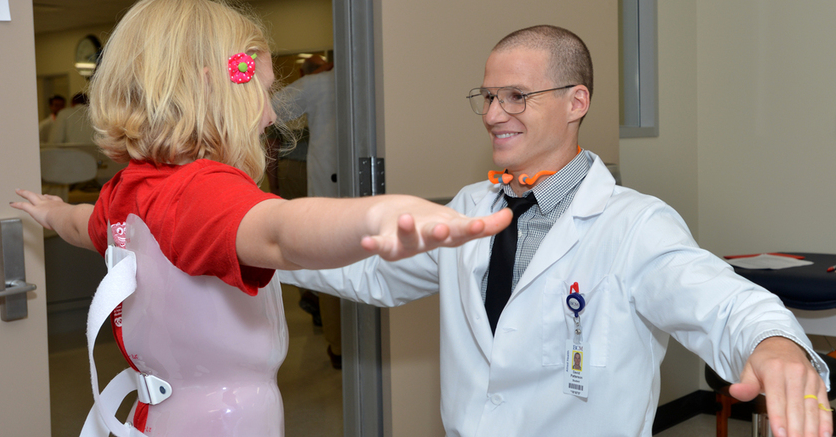 Allied Health Professionals: Thanks for all you do! 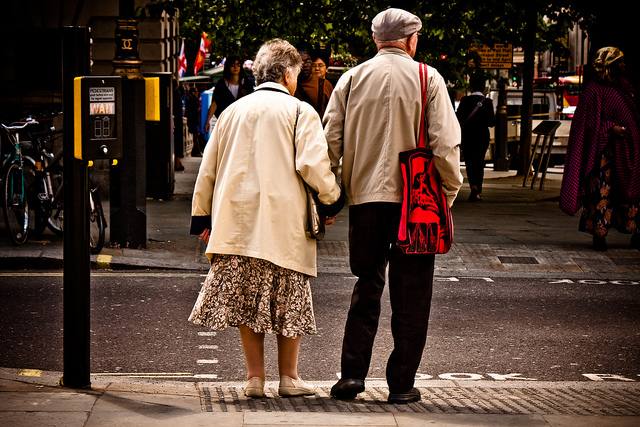 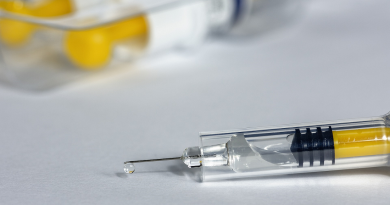 Now is the time to get vaccinated against the flu