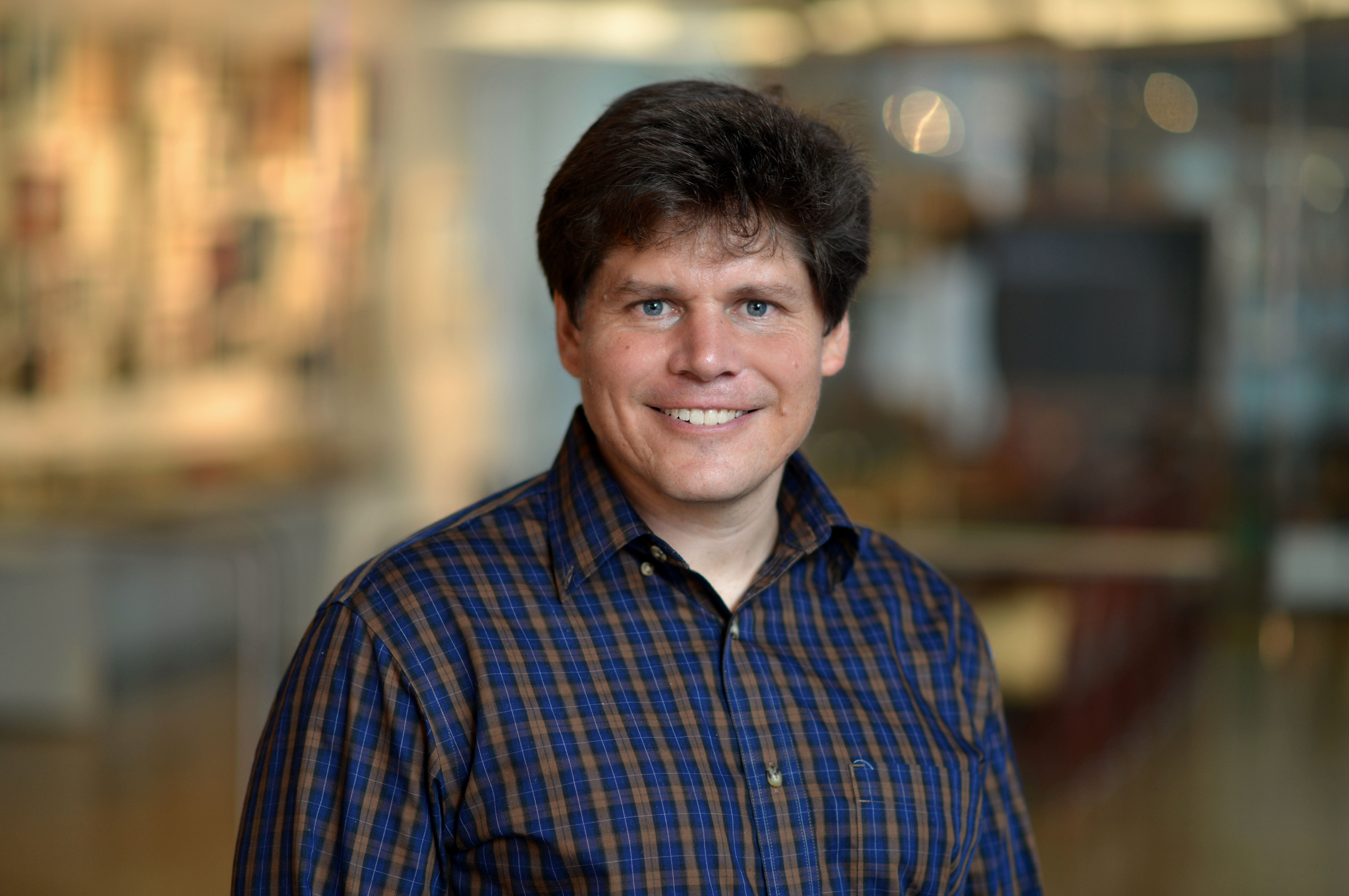 An international scientific collaboration led by Baylor College of Medicine has revealed clues about genetic alterations that may contribute to a rare form of kidney cancer, providing new insights not only into this rare cancer but other types as well.

The collaboration – part of The Cancer Genome Atlas initiative, which is funded by the National Institutes of Health, completed the sequence of chromophobe renal cell carcinoma and published the results in the journal Cancer Cell.

“The Cancer Genome Atlas is a federally funded national effort that has already completed the sequence of many major types of cancer (breast, lung, ovarian, for example), but this project is now branching out to sequence more rare types of cancer,” said Dr. Chad Creighton, associate professor of medicine and a biostatistician in the NCI-designated Dan L. Duncan Cancer Center at Baylor and the lead and corresponding author on the report.

“The idea is that with a better understanding of these more rare types of cancers, we gain new insight that might be relevant to how we study other types of cancer The findings in this study are a perfect example of that.”

Chromophobe renal cell carcinoma is a rare type of kidney cancer, with approximately 2,000 new cases diagnosed each year in the United States. A majority of patients survive the disease.
Clinical impact

“Although most patients are reassured when the pathology of their kidney tumor comes back as chromophobe, we all have cared for patients who developed and died from metastatic chromophobe kidney cancers,” said Dr. Kimryn Rathmell, associate professor of hematology and oncology in the Lineberger Comprehensive Cancer Center at the University of North Carolina at Chapel Hill and a co-senior author on the study. “This report is incredibly exciting for physicians who care for these patients because all of the treatment plans we have had to this point have been based on the biology of the more common kidney cancer type, as if chromophobe must be a close relative of that disease.”

The project shows with no uncertainty that chromophobe renal cell carcinoma represents a distinct cancer entity, and reveals exciting biology inherent to the disease that we hope in the future will allow new therapies to be developed specifically for the chromophobe type of kidney cancer, Rathmell said.

The team sequenced 66 tumor samples at Baylor’s Human Genome Sequencing Center. Other types of data were collected on these samples and integrated with the sequencing, including gene expression and epigenetic data. In addition to sequencing known genes, DNA from mitochondria and from the entire genome was also sequenced.
Chromosomes

Chromosomes are the packaging of our DNA. Normally, each person receives a copy of each of 23 chromosomes from each parent for a total of 46.

When scientists looked for genes that were altered or missing, only two genes, TP53 and PTEN, were identified with a sizable frequency.
Extra step in analysis

The most surprising and significant finding came after the team took an “extra step” with their analysis, Creighton said.

“Instead of just looking specifically at the exome, we also analyzed the entire genome, something not typically done in these genomic studies,” said Creighton. The exome, the part of the genome used to make proteins, constitutes only 1 percent of the total genome, where the other 99 percent is often ignored in studies.

With whole exome analysis, scientists are just looking within the boundaries of known genes, to see which are broken and may have caused the disease, he explained.

“However, when you look outside of the genes, there is much more going on,” said Creighton. “For example, gene regulatory features of the genome can be altered.”

TERT promoter region
From whole genome analysis, the team observed a significant amount of structural rearrangements or breakpoints involving the promoter region of a gene called TERT, which encodes for the most important unit of the telomerase complex.

Telomerase represent the “clock” of the cell, Creighton said. “This plays a critical role in cell division, and with many cancer cells, telomerase levels are really high and time never really runs out, which allows the cell to never die.”

It was the promoter region, not the actual gene, that was affected, Creighton clarified.

“Since there isn’t a breakdown in the actual gene, this malfunction is not picked up in whole exome analysis.”

The study also raised intriguing questions about the roles of mitochondrial DNA alterations and of the cell of origin involved in cancer initiation, the authors noted.

This could signify new approaches for how scientists should conduct molecular studies of cancer, he said.

“We need to survey the regulatory regions for other cancer types as well.”

Data from all projects of The Cancer Genome Atlas are available for scientists around the world to study.

Out of sync, out of health: Social jet-lag linked to liver cancer in mice 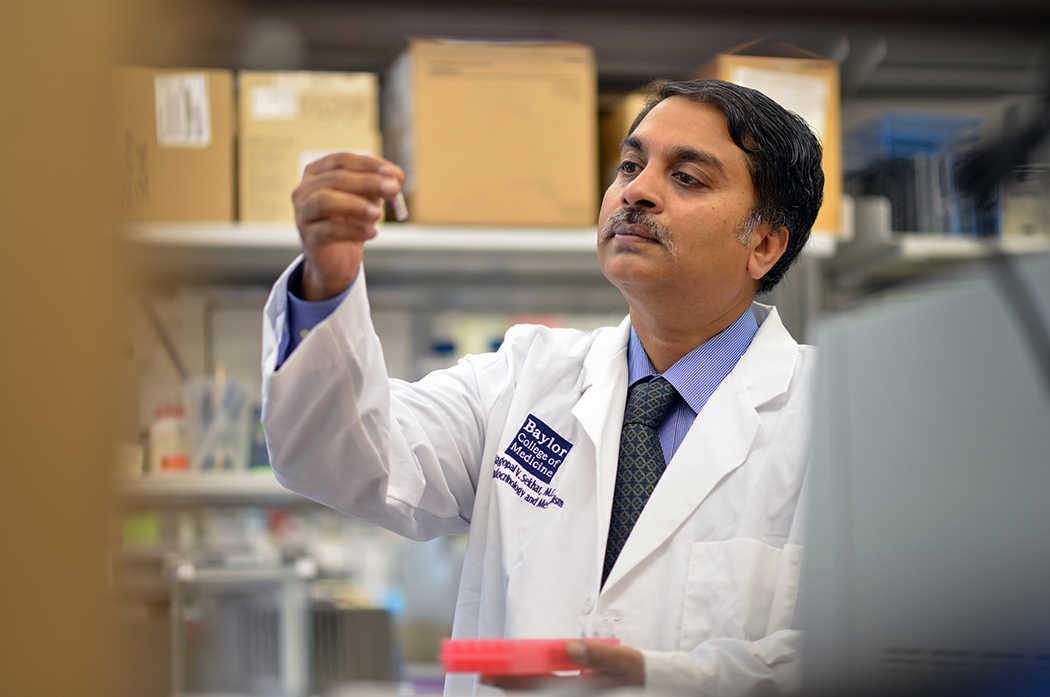 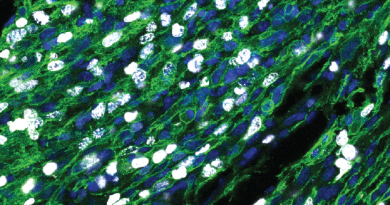 Image of the Month: cardiac fibroblasts