It seemed like it was going to be a forgettable Thursday afternoon, until I met the patient patient. As part of our coursework for medical school, we are required every Thursday afternoon of our third year to rotate through a series of community sites, the aim being for us to learn about the various roles within healthcare.

This week, my assignment was to spend the afternoon with a chaplain at one of the large hospitals in the medical center. The visit cropped up as an annoyance more than anything else, an unwelcome interruption in a tangle of tasks I wished to complete before the day was over.

When the time came, I peeled myself away from my desk and scurried to meet the chaplain, along with two of my classmates who had also been assigned to this particular site, my mind already flitting ahead to what I would make for dinner and other sundries of the evening.

After a brief introduction of himself and his responsibilities in the hospital, the chaplain announced, much to my surprise, that we were going to visit a patient. Normally these visits are comprised of a lecture and perhaps a brief tour of the site without direct patient interaction; not to mention, I had never seen a chaplain in action.

The chaplain prefaced our visit by telling us a little bit about the life of this man and that he, having exhausted all potential treatment options for his disease, was dying. He then led us to the patient’s room and knocked gently on the door.  As we waited expectantly outside his door, I thought of the countless other times I had watched others knock on patients’ doors.

When rounding with my attendings and residents, we would normally give a courteous pause after the knock before sweeping in and cheerfully, but efficiently, bombarding the patient with a battery of questions about their symptoms, their bowel movements, their eating habits, spending just enough time to ascertain that no disaster had befallen them overnight before gliding on to the next patient on the list.

Somehow, though this patient and his room ostensibly seemed familiar, a simulacrum of all of the doors I had swept through on rounds, I knew that this encounter was going to be something entirely different.

“Come in,” a feeble voice barely percolated through the solid wooden door. The chaplain opened the door, and we neatly filed in.

We were greeted by a gaunt man seated by the window in his hospital room armchair. Typically one imagines the very ill as pale, but his skin had a yellow tinge, one of the markers of the disease slowly eroding his body. His IV pole, laden with an impressive collection of drug pumps, loomed over him like a stoic bodyguard, tethering him within the radius of his IV lines.

As we gathered around him, he peered at us through spectacles with perfectly round lenses, studying each of the new intruders in turn.  After introducing us and making some small talk, the chaplain gently but directly asked the patient to talk about what he was going through as he faced death.

The patient opened his mouth as if to speak, but paused breathlessly as if unsure what to say. Then, with a quavering voice, he began, “I spent all of my life thinking about extinction, when what I should have been thinking about was death.”

Another breathless pause, during which I also held my breath. “Now death is pretty much here, and it seems all of my coping mechanisms have been snatched away from me…” he voice shuddered and faltered in that way that heralds the onslaught of overwhelming emotion.  “How am I supposed to leave my wife behind? And…and…my grandchildren?” he supplicated, not so much to us, perhaps to a higher power, or to no one in particular.

At the mention of his grandchildren, his precariously reined sorrow broke free and oozed in slow rivulets down his leathery cheeks.   He wept openly in front of four complete strangers. I felt like I was intruding on this man’s private sadness; I knew not whether I more desperately wished to offer him consolation or to turn away my eyes from something that felt like it was not meant to be seen by me.

The patient was a man who had made his living with words, and he described his frustration with preparing for death thus, “It’s as if you are trying to think of something half-decent to say, but right when the words are about to come out, a voice invades your brain that shouts, ‘DON’T THINK OF THE WHITE POLAR BEAR.’  And then, how can you not think of the white polar bear?”

The chaplain took this to mean the frustration that the patient was feeling from the occasional confusion he had been experiencing as a side effect of some of his medication, a literal block on his ability to form words. I took it as a direct metaphor for his attempts to exert control over his own death.

Against all his efforts to plan, to articulate, to familiarize himself with the prospect of dying, there it was, like a white polar bear, mysterious, threatening, and above all, incongruous. He went on to elaborate on how he’d always envisioned his own death, “clean and quick, something like a massive coronary. Not something slow and messy like this.”  He spat the last word out like a mouthful of rancid milk.

I was struck to realize that that was how I envisioned my own death as well.  The conversation ebbed on, touching on his wife, his grandchildren, his work, and his legacy.  At one point, he paused, leaned back, and closed his eyes. “Are you getting tired?” the chaplain inquired. “A little,” the patient sighed, without opening his eyes. With that we thanked him and took our leave, filing out as neatly as we came.

The remainder of that Thursday bustled on without remark, but my mind stuck on our talk with the man. I have often mused on the use of the word “patient” to describe people seeking medical care. While I have never done any official study into the origin of the word, it always conjured in my mind the idea that being a patient requires more patience than, say, being a “client” or a “customer”. What exactly were they waiting for? A cure? A prescription? A procedure?

This man is the most patient patient I have ever met. For him, there is no more waiting in lines at the doctor’s office, waiting for the next treatment, or even waiting for a miracle. He has but to wait for the day when he finally will not be afraid of or saddened by death anymore, if that day should come in time. I had caught him in the meantime.

In the distinction that he drew between extinction, the ceasing of existence of an entire species, and death, the ceasing of an individual, I realized that what this man was truly grappling against was the catastrophic loneliness of dying. No longer being was bearable to him as long as we were all in it together, but terrifying when faced with the knowledge that time will continue to progress without you, relentlessly flowing forward like a merciless river, that you alone are stuck like a twig that catches in the soggy mud of the river bed.

It then came as no surprise that he, and I, and undoubtedly many others, wish for a quick and painless death to minimize the duration of this loneliness.  We have this narrative of the terminally ill being “ready” when the time comes, as if dying is a linear progression that naturally leads to acceptance and a peaceful passing, but, as this man showed me, reaching the end of this progression is a fraught and trying process, one that requires patience.

I suspect this is not just true for the terminally ill. It still is not entirely clear to me what to make of all of the thoughts and feelings that this man’s words stirred up in me. I suppose I must be patient too. 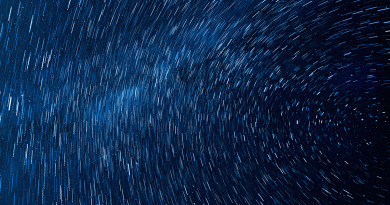 Forging a New Path for Diversity in Outer Space

One thought on “The patient patient”