An international team of physician-researchers set out to change the approach by which they genetically diagnose primary immunodeficiency diseases (PIDDs). This work represents a potential landmark in the field because of the extent of how genomics is interwoven with the clinical approach to the patient.

PIDDs range from severe life-threatening to milder diseases that can include recurrent severe and/or rare infections, and autoimmune, autoinflammatory or lymphoproliferative responses. Precise and timely diagnosis contribute to lower morbidity and mortality and might facilitate the implementation of protective or curative treatments. However, genetic diagnosis of the diverse, sometimes overlapping, clinical features can be difficult. For instance, similar clinical features can have different genetic causes and require different treatments. Mutations in more than 300 genes are so far known to cause PIDDs. Many PIDDs lack genetic diagnoses, and patients may not be receiving the most effective treatment.

The researchers used a comprehensive genomic analysis to identify genes potentially causing nearly 280 undiagnosed PIDDs. This international project, code-named the Houston Project because the analyses took place mostly in Houston, Texas, is headed by Dr. James R. Lupski and Dr. Jordan S. Orange at Baylor College of Medicine and Texas Children’s Hospital in Houston, and Dr. Asbjørg Stray-Pedersen and Hanne Sørmo Sorte, M.S. at Oslo University Hospital and University of Oslo in Norway. As the project gained momentum, Dr. Orange reached out to colleagues around the world to expand its scope. As a result of these efforts, collaborators from 20 more countries also contributed samples and their expertise to the project.

Although most of these patients had already been through standard assessments and gene studies, the genetic underpinnings of their conditions remained a mystery.

The researchers applied a comprehensive genomic approach to identify gene variants in nearly 500 samples from patients and from affected and unaffected family members. The analyses took place in the Baylor-Hopkins Center for Mendelian Genomics at Baylor College of Medicine, the Center for Human Immunobiology, Division of Immunology Allergy and Rheumatology at Texas Children’s Hospital and in Oslo University Hospital.

“We are not the first people to apply next generation genomic sequencing technologies to study PIDDs, but the first to use a genomic and unbiased approach to diagnose these diseases,” said Stray-Pedersen. “We wanted to share this experience because we think it really makes a difference.”

To identify potential PIDD-causing variants, affected subjects were initially screened for variants in a list of 475 known or candidate PIDD genes, called PIDD(475). When no PIDD-causing variants were identified from the PIDD(475) list, the researchers analyzed complete exome data for potential PIDD-causing variants with Whole Exome Sequencing (WES). WES and Sanger sequencing detected single nucleotide variants and small indels. Tailored bioinformatic analysis of WES data enabled the researchers to detect both intragenic and larger copy number variants, which were confirmed with chromosomal microarray analysis customized with high density of probes within PIDD genes.

In addition to using the PIDD(475) gene list, the researchers further examined other disease-related Online Mendelian Inheritance in Man genes and all detected variants in other genes to increase the chances of identifying new PIDD genes.

The project generated tremendous amounts of information and the need for a structure in which to grow and advance it. Orange has established this structure by organizing weekly immunogenetic rounds at Texas Children’s where the clinical team along with immunologists from the Center for Human Immunobiology, which Orange directs, can discuss their results.  In addition, these immunogenetics rounds have frequently included visiting scholars from other countries either in person or via internet videoconferencing. From here the project branched out further still.

“We took the results of this comprehensive genomic approach and analyzed them in close collaboration with pediatricians, clinical immunologists, hematologists, clinical geneticists, molecular geneticists and bioinformaticians,” said Sørmo Sorte. “We think that this multidisciplinary collaboration was one of the key factors determining our high diagnostic rate.”

Exciting results and lessons learned set a landmark in the field

“One of the most exciting aspects of this study is that we began with 278 families that did not have a genetic diagnosis; they only knew the patient had a certain type of PIDD. As a result of our analyses, 40 percent of the patients (110/278) received a genetic diagnosis that uniquely identifies their condition,” said Orange.  “Our 40 percent gene-variant-identification rate is high when compared with that of other WES studies of various non-PIDD disease cohorts demonstrating the powerful signature of these immune diseases.”

“Many of these PIDDs have underlying genomics that have often not been recognized,” said Lupski. “There is tremendous value in doing genetic testing in PIDDs.”

“Most importantly, our work resulted in improvements to our patients’ lives through changed diagnoses (60/110) and new therapeutic directions (26/110),” said Orange.

The translation of knowledge from the lab to the patient is practically instantaneous, once the data have been analyzed and interpreted. This also is possible because bone marrow transplantation is available, which offers the possibility of extending the patients survival, while the alternative could be death in many cases.

In addition, the researchers say, they learned important lessons:

“We have also learned the tremendous value of international collaborations,” said Dr. William T. Shearer, distinguished service professor of pediatrics-allergy and immunology at Baylor. Shearer is one of the original leaders of this and other PIDD projects; most notably he was one of the physicians of David Vetter, known as the bubble boy.

“The genomic approach to diagnose PIDDs started about 5 years ago when Dr. Stray-Pedersen came from Oslo to work with Dr. Lupski and me on the genetics underlying immunodeficiency disorders in Norwegian patients, which was in concert with Dr. Orange starting at Baylor,” said Shearer. “Dr. Orange led the initiative that enriched the project by bringing in collaborators from other institutions, including major Latin American centers in Argentina, Brazil, Chile, Colombia, Ecuador, México, and Perú.”

Given that Houston is a frequent entry point from these regions the team is hopeful that it all leads to a durable flow of ideas, science and care.

“In Quito, Ecuador, our resources for medical care and diagnosis of PIDDs are nearly zero,” said Dr. Luis Alberto Pedroza, professor at Universidad San Francisco de Quito. “Drs. Orange and Lupski gave us the opportunity to improve the situation of our PIDD patients, starting with a genetic diagnosis. For some of our patients the genetic diagnosis completely changed the clinical diagnosis and then the treatment and survival.”

“Through this collaboration we have been able to sequence more than 20 Chilean families and are in the process of trying to answer the underlying molecular cause of their diseases,” said Dr. Cecilia Poli, pediatrician and faculty at Universidad de Chile and currently a graduate student in the immunology program at Baylor and Texas Children’s in Orange’s laboratory. “This is a huge step forward for us because otherwise these patients would have remained undiagnosed and subsequently undertreated.”

“We show that genomic sequencing screening tools like those used in this project are effective for detecting a broad spectrum of disease-causing gene variants in patients with PIDDs,” said Lupski. “We have identified the genetic causes of diseases we have characterized clinically; we can now give the diseases a name and have a molecular ‘entry point’ – the gene – into further understanding the disease biology.”

The results of this project appear in the Journal of Allergy and Clinical Immunology. 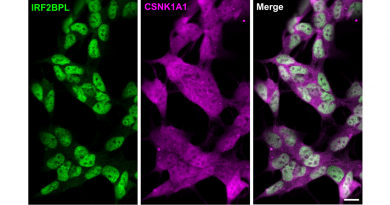 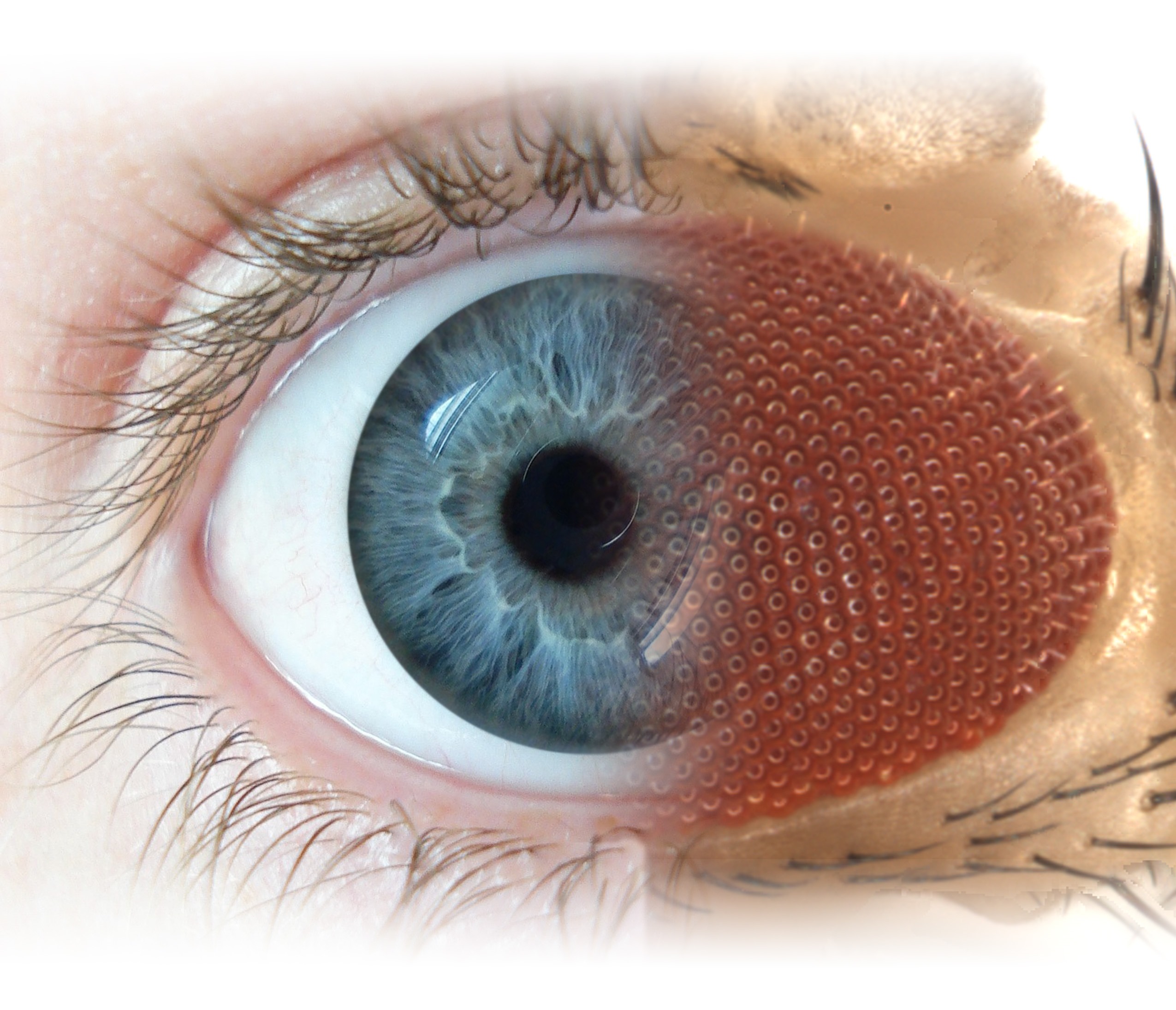 Image of the Month: Fruit flies and humans