Bain activity is fast. Millisecond fast. When a person, a mouse or a fly sees an object, neurons in their brains display a flurry of electrical and chemical activity to communicate with each other in a fraction of a second.  The brain has to be fast to help organisms make sense of their environments, escape from predators, catch prey, survive. Visualizing and measuring brain transmissions in live animals while they are performing an activity has been one of the major challenges of neuroscientists. They have made tremendous progress over the years, but still are unsatisfied. Their techniques are not fast enough, precise enough to reveal the inner secrets of a working brain. François St-Pierre decided to change this.

In the recording below, Dr. St-Pierre tells us about his professional training and how he became interested in neuroscience:

St-Pierre likes to build tools for neuroscience. As a postdoc, he asked the question, what is the most useful molecular tool I can build for neuroscience? “It was a very easy answer; I didn’t have to spend a lot of time wondering about what it would be,” said St-Pierre. “People were writing reviews about the need for a good fluorescent voltage indicator. This is what the field needed. So, I decided to tackle that problem, which in hindsight was not very smart because, since 1997, a lot of teams had already broken their teeth trying to develop a voltage probe that would actually work in animals.”

This was not the case for St-Pierre. “Part of the success had to do with rapid prototyping; we had to keep generating new design ideas and testing them quickly until one of them ended up being successful. I really enjoy developing probes that other researchers in the field can use to accelerate their own research,” said St-Pierre.

Electrical activity is key in the way neurons are thought to encode and represent information in the brain. The closer neuroscientists are to comprehending how the brain encodes messages in its electrical activity, the closer they are to understanding what is different in neurological diseases. A future in which these conditions can be treated or prevented would be less distant.

The quest to measure the brain’s electrical activity

Historically, scientists have measured the brain’s electrical activity with electrodes and learned a great deal. However, there are some limitations with electrodes. “One limitation is that you are going to record from the cells that happen to be close to your electrode. These cells may not be the ones you are interested in,” said St-Pierre. “There are many different cell types in the brain, but you often don’t know what kinds of cells you’re actually listening to.”

Another problem with electrodes is that there is a limit to how many cells you can record at the same time. “There are a lot of neurons in the brain. A mouse brain, for instance, has about 70 million neurons.  You are not going to insert 70 million electrodes in the brain!” said St-Pierre.

For quite some time, neuroscientists wondered whether they could use light to reveal the electrical activity of brain cells  ̶  neurons  ̶  and look through a microscope objective placed near the animal’s brain to see it with their own eyes. The idea was to develop proteins whose fluorescence would track electrical activity in neurons. Then, use simple genetic engineering to restrict the expression of these proteins to cells of interest.

“Several groups attempted to do this, but the first 10 years of indicator engineering had very limited success,” said St-Pierre. “The proteins worked in fish eggs, but, in neurons, the proteins didn’t traffic to the right place.”

The electrical activity voltage indicators want to record occurs across the neuron’s membrane, the envelope of the cell. Therefore, voltage indicators need to be routed to that location. “It was difficult to route the proteins to the right place in neurons,” said St-Pierre. “Like FedEx delivering your mail and packages, cells have a system to get proteins to the right location in the cell. This system can break down when using engineered proteins – the cells just don’t know what to do with them. This is in some ways similar to what happens if you give FedEx a package meant for UPS. Finding or engineering proteins that work with the cell’s routing system proved to be more difficult than anticipated,” said St-Pierre. 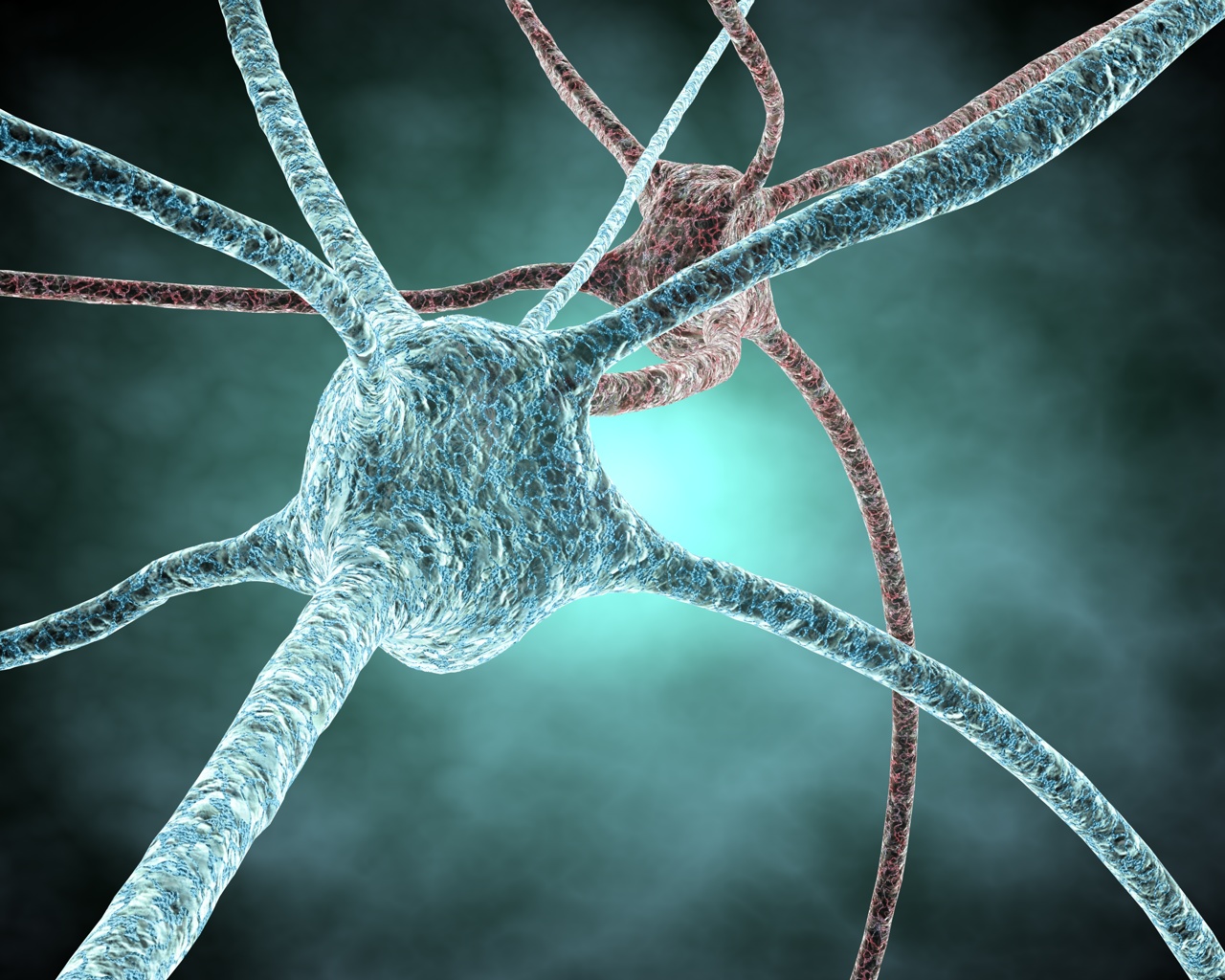 In the meantime, researchers were more successful with other kind of probes that look at calcium as an indicator for neural activity. “When brain cells are active, calcium enters the cell. Indicators of calcium movement in the cells are easier to make for various reasons. For example, you don’t have to route them to the membrane, so they don’t need to depend on the complicated cellular routing system,” said St-Pierre.

ASAP can measure voltage in a millisecond scale

When St-Pierre started working on this problem, he wanted to revisit the early efforts at building proteins that directly track voltage. He succeeded, and in 2014 published with Dr. Michael Lin and colleagues at Stanford University a paper in Nature Neuroscience. The paper describes a new fluorescent voltage indicator probe, a protein he and his colleagues called Accelerator Sensor of Action Potential, or ASAP. “It is a funny acronym to represent the fact that the probe is quite fast compared with what was published already. It was able to better track neural activity, which occurs in the millisecond time scale,” said St-Pierre.

St-Pierre used cameras that could record very fast images flashing every millisecond and then he analyzed the patterns of flashes with computer software. “To see the fluorescence with our own eyes, we had to slow the recordings down,” said St-Pierre.

The first paper was to prove that it could be done, a proof of principle. “We showed first that ASAP could directly measure voltage in cells in a dish and in thin brain tissue slices from a mouse’s brain,” said St-Pierre. “Next, we wanted to make it work in a live animal.”

ASAP2f reveals the workings of a fly’s brain

St-Pierre decided to collaborate with the group of Dr. Thomas R. Clandinin at Stanford University to test ASAP in flies. That team was already using calcium indicators but they wanted to see what happened with a technique that used a finer time scale.

“We were also interested from the technological point of view to see whether ASAP would function in vivo — in a live animal —  not only on a slice of brain. We used a technique called two-photon microscopy, which uses a fancy laser that can image neurons deeper in the brain,” said St-Pierre.

The researchers first generated a new version of ASAP, called ASAP2f, with improved sensitivity. Then they set up to use ASAP2f to monitor the electrical activity in the brain of a fly when the fly was looking at a screen flashing lights.

“We’re excited by this work because it traces electrical impulses, in this case representing something that a fruit fly is seeing, as they are passed from neuron to neuron within the brain. Our experiments show it is possible to see these electrical messages being relayed through the brain, like a game of telephone. We think the same general approach can be applied to other animals such as mice, to understand how neuronal circuits represent sensation or process information,” said Lin.

“Two-photon microscopy is a key technique to image deeper in the brain. I believe that our paper is the first demonstration of a voltage indicator that can be imaged with two-photon microscopy to uncover new biological findings with single-cell or even subcellular resolution,” said St-Pierre. “We are now interested in characterizing our probes in different model systems, especially in mice, given its importance in the neuroscience community.”

“Now we have a convincing demonstration that we can optically image brain activity of single neurons in living animals with two-photon microscopy,” said St-Pierre. “While we need to continue to improve these probes to be able to measure voltage changes more accurately and in real time, this work confirms that voltage indicators are beginning to be useful to address biological questions. It certainly enabled us to study key aspects of information processing in the fly brain. For example, we gained important insights on how flies are able to see changes in contrast, hinting that one day we will be able to make detailed, circuit-level computational models of sensory perception, starting with the fly and maybe with other more complex systems in the future.”

Clandinin is enthusiastic about the implications of this work in neuroscience. “This work represents the first case in which it has been possible to map the flow of information across neurons and through the brain in an intact circuit.  I am personally excited about this work because by combining these new indicators with other tools, it will be possible to dissect neural computation at the molecular level.”

Other contributors to this work include Helen H. Yang, Xulu Sun and Xiaozhe Ding from Stanford University.

F.S.-P. and M.Z.L. have filed a patent application for a voltage sensor design that includes the sensors reported in this paper.

New evidence supports the presence of microbes in the placenta