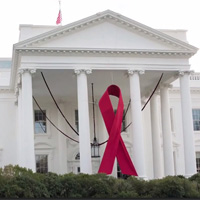 Their faces are blurred in memory. I recall them all as young and handsome.  More than a decade after the riot at the Stonewall Inn in Greenwich Village, the lesbian, gay, bisexual and transgender (LGBT) community in the United States had achieved much in fighting the outright bias that had faced them for so long. However, in 1981, biology intervened and a virus – then unknown – began its killer march through the community.

Had this occurred much earlier in history, perhaps AIDS would have progressed much further in the United States, but the activism of the LGBT community resonated as they watched members of their community die inexplicably. They were not willing to “go gentle into that good night,” in the words of poet Dylan Thomas. Behind a pink triangle and the slogan “Silence=death,” they began to demand that the government and the science community respond, finding treatments for opportunistic infections and cancers that took advantage of depleted immune systems and looking for a cause of the disease eventually called acquired immune deficiency syndrome or AIDS.

At times, they were obstreperous, angry and fearful that their outsider status would mean that their disease would receive no attention. ACT UP (The AIDS Coalition to Unleash Power) occupied the halls of the U.S. Food and Drug Administration and, later, demanded that pharmaceutical companies reduce exorbitant prices, particularly in the Third World, where HIV/AIDS was exacting an even more deadly toll.

In Houston, finding a clinician to care for people with AIDS was difficult. At Jefferson Davis Hospital, part of the county hospital district system, the late Dr. Robert Awe of the Baylor College of Medicine faculty took the lead, caring for patients with the lung disease Pneumocystis carinii and other infections, and Dr. Peter Mansell, then of the University of Texas MD Anderson Cancer Center, took on those with AIDS-related cancers such as Kaposi’s sarcoma. Several other physicians would take care AIDS patients but they were but a handful and clinical trials of promising new drugs were hard to find.

Many in the local LGBT community took the very ill into their homes, often nursing them through the final hours. As the disease was recognized in other groups, it was the LGBT community that insisted that care be available to sex workers, those who used drugs and children who had acquired the infection in utero. AIDS hospice care became available when Houstonian Eleanor Munger, then a 76-year-old grandmother and retired teacher, started Omega House in 1986 after seeing the difficulties faced by indigent patients in an outpatient facility called McAdory House.

As the mystery of the virus behind the disease was unraveled and drugs to fight HIV itself became available, the need for hospice care got less. People still died, but drug staved off the infection giving them and science a chance to fight.

In a recent study, the U.S. Centers for Disease Control and Prevention estimated than 70 percent of the 1.2 million Americans who carry the virus that causes AIDS do not have it under control. Of the 70 percent, 47 percent are no longer in treatment. Half of those aged 18 to 24 who carry the virus do not know they are infected.

Houston’s numbers are somewhat better, but Harris Health runs the Thomas Street Health Center that provides AIDS treatment and social services for people with the disease, perhaps accounting for the improved treatment.

However, it is the people who remain stuck in my memory – Michael who worked on AIDS educational materials the day before he died; John who took people with AIDS into his home, even though he had no medical training; Brian who fought to take AIDS education into Houston’s secondary schools, the nurse who cared for people with AIDS with precautions but without fear. And then there is David whose mother’s diary provided insight into the day-to-day life of a person with the disease early in the epidemic.

The world has changed since 1981. The late President Ronald Reagan refused to use the word until the end of his second term, but on Dec. 1, 2014, President Obama called for a renewed commitment to fighting the disease – both in this country and abroad. The end, he said, would be an AIDS-free generation.

Yet it is important to remember that it began with those noisy AIDS activists in the early 1980s who called loudly for research, and when care was lacking, stepped into the breach themselves. They are the true heroes of the AIDS generation.