A new study led by researchers at Baylor College of Medicine has uncovered new clues about the neurobiological effects of mothers’ attachment-related trauma.

While the neurobiology of post-traumatic stress disorder has been extensively researched, much less attention has been paid to the neural mechanisms underlying more covert but pervasive types of trauma (e.g., those involving disrupted relationships and insecure attachment,) the team wrote in the new study published this month in the journal Social Neuroscience.

Led by Dr. Sohye Kim, Baylor post-doctoral associate in Dr. Lane Strathearn’s lab and the first author on the report, the study shows that mothers who experienced childhood trauma (such as physical abuse, abandonment or neglect) – which remains unresolved into adulthood – show a striking deficit in brain activation when they view pictures of their own infant in distress.

Strathearn is an assistant professor of pediatrics in the section of developmental pediatrics at Baylor and Texas Children’s Hospital and a co-author on the report.

Other co-authors includeDr. Jon Allen, professor in the Menninger Department of Psychiatry and Behavioral Sciences at Baylor and Dr. Peter Fonagy, head of the Research Department of Clinical, Educational and Health Psychology at University College London.

The study involved 42 first-time mothers enrolled during their pregnancy. Upon enrollment, the mothers participated in an interview which delved into their own childhood experience, and traumatic events that they may have encountered, to categorize the mothers with unresolved trauma and those with no trauma (i.e., normal comparison mothers).

Several months after delivery, their baby was videotaped, with smiling and crying face images later shown to the mothers during a functional magnetic resonance imaging scanning session to measure their brain response to the images.

The researchers looked specifically at amygdala response – the brain’s key emotion processing region. In mothers with unresolved trauma, they observed a strikingly blunted response on viewing their own baby in distress, compared to comparison mothers.

“This was not the case when mothers viewed pictures of other distressed babies unknown to them,” said Strathearn. “We believe that these mothers may, in a sense, be blocking their response to their baby, because of memories of their own childhood trauma.”

The mothers’ altered brain response may also lead to impaired maternal caregiving behavior, especially when their infants are distressed, which may have long-lasting effects on infant development, Strathearn said.

The study was funded by the National Institute of Child Health and Human Development. 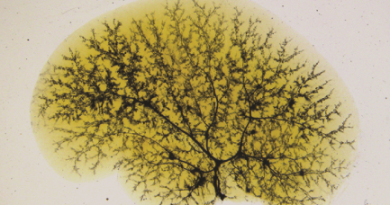 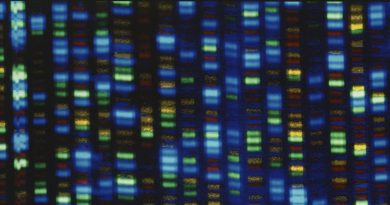