A 35-year-old mystery that had disturbed the patient and her family was finally solved with the expertise of a host of experts – most of them from Baylor College of Medicine.

The condition had robbed the woman of her sight from birth because of a condition called optic atrophy or degeneration of the optic nerves. She also had symptoms similar to those of autism and intellectual disability that did not affect her excellent memory or her ability to speak and read more than one language.

Dr. Richard Lewis, professor of ophthalmology at Baylor College of Medicine, had examined her at different ages, and confirmed that her disease was not progressive.

When Dr. Christian Schaaf, an assistant professor of molecular and human genetics at Baylor and a member of the faculty at the Jan and Dan Duncan Neurological Research Institute at Texas Children’s Hospital , was asked to evaluate her, he recommended sequencing of her exome (the part of the genome that contains the code for proteins), and she was enrolled in a study through the federally funded Baylor-Hopkins Center for Mendelian Genomics, led by Dr. James Lupski, vice chair of molecular and human genetics. Postdoctoral fellow Dr. Claudia Gonzaga-Jauregi (now at Duke University) analyzed the sequencing data and found a new mutation (de novo) in the gene NR2F1, which is known to be involved in the development of the eye.

However, finding one patient with such a mutation is not enough to prove that it is the actual cause of disease. But researchers from the Radboud University Medical Center in Nijmegen, The Netherlands, had submitted additional cases with optic atrophy to the Baylor-Hopkins study. They found more patients who had similar symptoms and mutations in the same gene.

“This is the age of discovery in human genetics,” said Schaaf, who is corresponding author of the report in the American Journal of Human Genetics .

“This was a combined effort. The Dutch scientists had submitted a lot of samples for sequencing. We got deeper into the data and sequenced more patients, and found a total of six.”

Schaaf and his colleagues then came to realize that the gene in question had been part of the work of Drs. Ming-Jer and Sophia Tsai, professors in the department of molecular and cellular biology at Baylor, for nearly a quarter of a century. They had called the gene COUP-TFI.

“Not only were the Tsais excited about the discovery involving a gene they had studied for so long and the implication for human disease, they were able to test our hypothesis that these mutations cause a loss of function in the protein,” said Schaaf.

After careful laboratory tests, they confirmed that the problem was indeed a loss of function.

“This is a lucky situation that does not occur infrequently at Baylor,” said Schaaf. “We have such diverse expertise. Sometimes, it seems there is an expert for every thing you need to investigate.”

The ability to collaborate across national borders and even oceans also increases your chances of discovering new disease genes, he said.

While all six of the patients with the mutated gene have optic atrophy and intellectual disability, their problems are not all the same. Only the first one that Schaaf saw had a behavioral profile on the autism spectrum.

“This empowers families,” said Schaaf. “People who had sought an answer to the health problems affecting them or their children might now benefit from the new technology.”

“It is never too late to find an answer,” he said. Unfortunately, there is no treatment for the condition that was found in the six patients. However, it provided assurance to the mother of his patient that this was not caused by any adverse event during pregnancy or early childhood. This was a new mutation that had happened simply by chance. 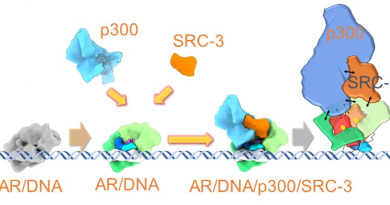 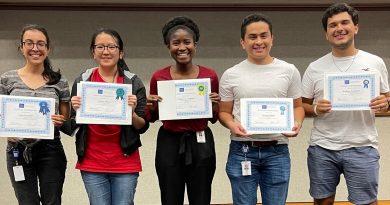