As part of the requirements to get a badge for a particular hospital, students are required to get a urine drug screen. I thought it would be simple: go to the employee wellness center, pee in a cup, submit said cup for analysis, and go on my way. How naïve I was.
Mistake number one was going for a run that morning. And by run, I mean slow run. And by slow run, I mean walk/run. Because let’s face it, 100% humidity at 7am on a Houston summer morning isn’t exactly conducive to anything else. A slow, innocent run. For my health. Eco-friendly. Embracing the morning. My, my, what a good citizen of the world.

A quick shower, and I was off. Traffic jam, divert through back roads; traffic jam in the parking garage, consigned to waiting. Where is this place? I finally found it, and got signed in. “Do you need to drink something?” “I’m trying.” I was cool, calm, collected, nonchalantly sipping a bottle of water. Brand name water TM.

And then came the drill sergeant. She marched me back to an enclosed room. “Empty your pockets. I’m going to lock up all your things. Don’t flush in there, and don’t wash your hands. 30ml.” And she handed me the cup.

Now being female, I knew I was the underdog here. Me vs. cup. The epic saga begins. But I mean, I thought I had it down. I was in control. It’s what mommies teach their toddlers. “Go pee pee on the potty, and I’ll give you a cookie.” I had long since mastered this life skill, right?

I got to 15ml, and I knew I was done. It was all I could manage. I really tried. I wanted that cookie. But I was so dehydrated from my run, and my ADH and aldosterone were tag-teaming against me…

I sheepishly brought my cup out. “I couldn’t do it.” No cookie for me. Shame, shame, shame. “You know by law I’m supposed to keep you here.” She poured out my cup. “You’ll have to start all over. Geez, now your urine is going to be very dilute.” My mind whirled. Oh no, she thinks I’m a druggy! She thinks I’m faking it to dilute drugs out of my system!

I sat down in the chair and felt so guilty. Stupid run. I felt the tears coming. Whose stupid idea was that run anyway? What idiot would go for a run and sabotage herself the very morning she had to produce a urine sample on command? Oh yeah, that would be me. But the worst part was, I must have cried at least 15ml. I felt like kicking myself. I should have just cried into that darn cup.

I recovered, and went to get breakfast and coffee, miracle drug that it is. Not part of the UDS. A diuretic. And proceeded to drink water until my stomach hurt. When I returned an hour later, I saw one of my classmates also on the surgery rotation. “I failed the test,” I told him. “I did too,” he told me. We both had to laugh!

Where I had crumpled under the drill sergeant, my classmate had taken the high road. He had calculated exactly how long he needed to wait for his kidneys to produce his 30ml. He estimated that he weighed 70kg, and at a normal rate of 0.5-2mL/kg/hr, he would make between 35-140mL/hr, or needed between 13-51 minutes. Basically, he knew he would be ready in less than an hour, so he stayed around and drank several cups from the water fountain.

Why didn’t I think of that? I just pounded 3 water bottles and waited until I had to do the bunny hop. Yes, this is where my two degrees in engineering have left me. But for the record, it worked.

A new nurse had replaced the drill sergeant. I think she understood that I was not a druggy, just a student trying to get my hospital badge. “So what rotation are you starting?” she asked me. I sighed. “Urology.”

Oh the irony! Readers, keep me to my word – I will NEVER get impatient with people when they have trouble producing a urine sample again. Never, ever. Lesson learned. Time to go drink some water. 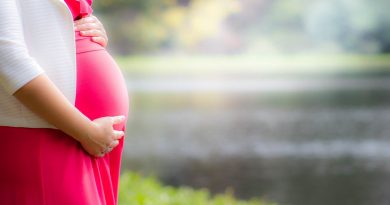 Texas and a career in family planning 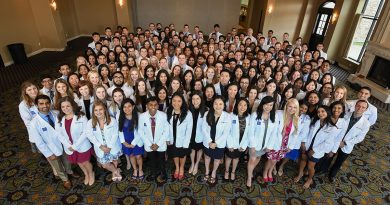 Lessons from an old white coat

Resonance podcast: What is a hospitalist?

5 thoughts on “Pee in a cup? Not as easy as it sounds”